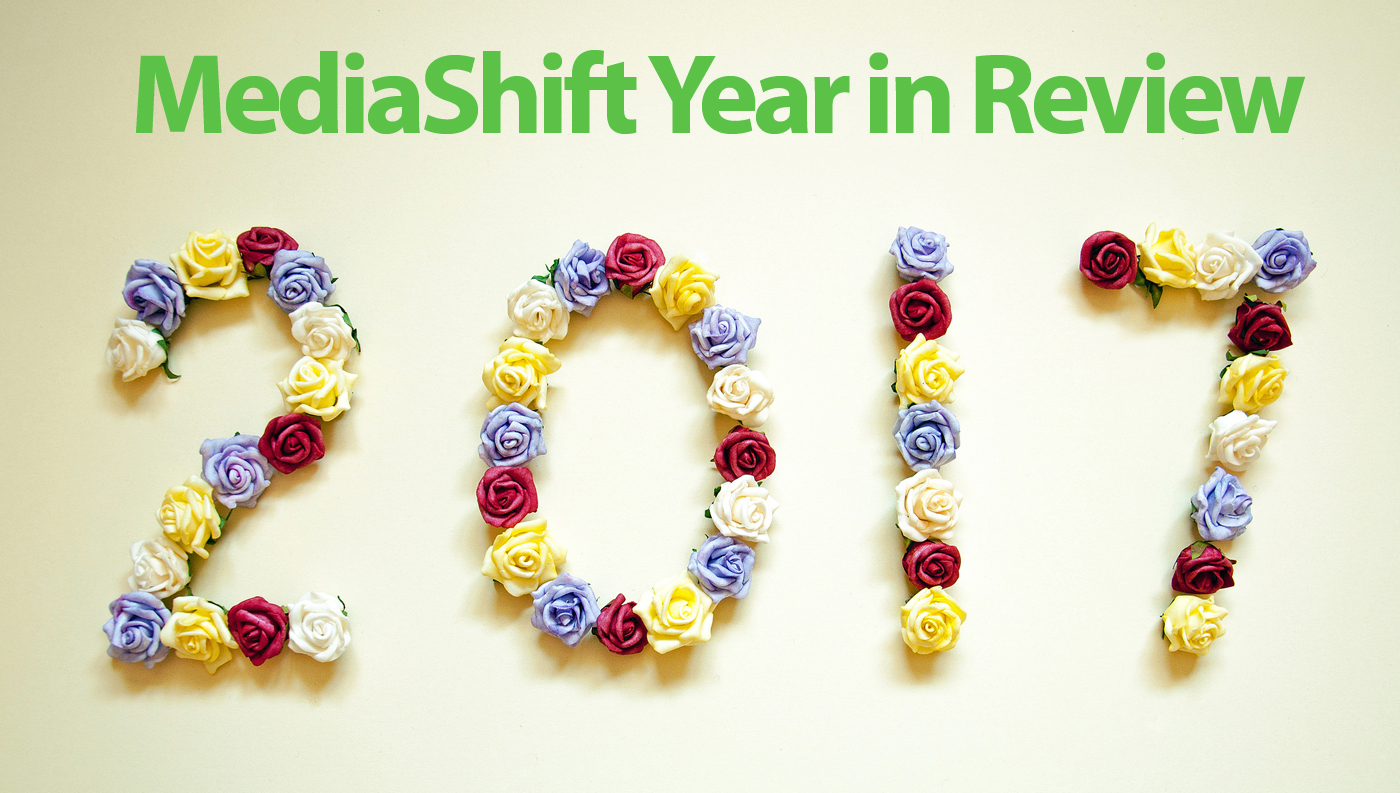 2017 was another year of evolution at breakneck speed for the media industry. “Fake news,” net neutrality, the continuing fallout of #MeToo, inspiring collaborations — there’s much to reflect on, and we invited several media-watching luminaries to share their thoughts with us in our special year-end series.

And what’s on the horizon for 2018? While we looked back we also considered what’s coming up, which technologies are important to watch and which could be transformative. The series will run throughout the holidays and into the new year.

How Collaborative Journalism Reached New Heights in 2017 by Stefanie Murray
8 Things We Learned About Social Media in 2017 by Tory Starr
How Our Media Metrics Predictions Turned Out for 2017 by Jason Alcorn
The Best News Apps of 2017 by Phil Corso
EdShift 2017 in Review: Educators Focus on Social Media, Digital-First Newsrooms and ‘Fake News’ by Amanda Bright
Top 10 Media Stories of 2017: #MeToo, Pivot to Reality, Election Meddling on Social Media by Bianca Fortis
The Year in College Media by Chris Evans
The Media Industry’s #MeToo Moment by Michelle Manafy
Fighting Fake News: Key Innovations in 2017 from Platforms, Universities and More by Bianca Fortis
What’s Ahead for Media in 2018: AI, Blockchain and Billionaires vs. Journalism by Dorian Benkoil
MediaShift 20: Recognizing 2017’s Top Digital Innovators by Bianca Fortis
EdShift 20: Honoring Innovative Journalism Educators in 2017 by Amanda Bright
MetricShift 20: Honoring the Leaders in Media Metrics by Jason Alcorn
What to Expect From Media Metrics in 2018 by Jason Alcorn

Lauren Lee White is a freelance journalist living in Los Angeles. She is the managing editor at MediaShift.