8 Things We Learned About Social Media in 2017 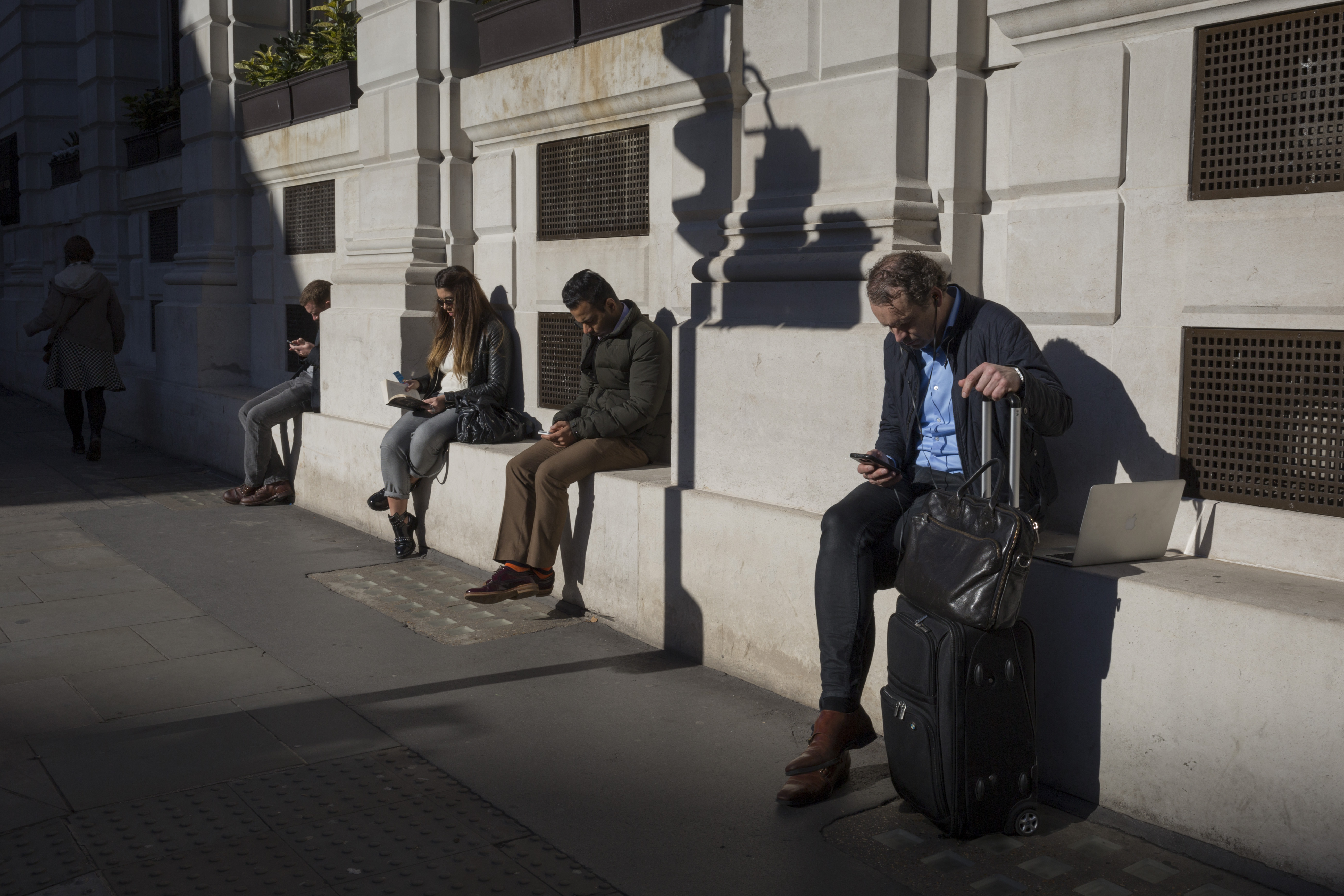 People staring at their phones in London, England. (Photo by Richard Baker / In Pictures via Getty Images)

Here are eight things the world learned about social media in 2017:

1) 2017 was the year people understood the consequences of algorithms.

Before the 2016 election, the only people who obsessed over how social media feeds surfaced content were marketers and journalists. But with the election of Donald Trump, a result that many Americans felt was “out of nowhere,” the country very quickly zeroed in on how their social media feeds lulled them into a false sense of security about their own beliefs and convictions. In 2017, the debate over “fake news” raged, and with it, a new public understanding of “filter bubbles” – the concept that your Facebook, Instagram or Twitter feeds reinforced the ideas of only those you actively choose to follow and engage with. Many leading voices on the power (and danger) of algorithms have emerged this year to help Americans through this confusing realization, from Craig Silverman’s reporting on the pro-Trump Facebook machine to Claire Wardle’s nuanced view of the various types of social media misinformation. No matter where we go from here, the veil that once made companies like Facebook so engaging and attractive to users has been permanently lifted.

The label “social media” has gone through many states of reputation. In its early days, social media’s power was heralded by demonstrators during the Arab Spring, campaign organizers during the 2012 Election, and marketers during the 2013 Superbowl (remember “Dunk in the Dark”?). But 2017 was the year “social media” became a vilified term, inviting new associations with media manipulators, government-sponsored trolls, and profiteers looking for a quick buck at the expense of Americans susceptible to confirmation bias. This year has been filled with people pledging to cancel their social accounts; it’s even in vogue for Silicon Valley tech leaders to wax poetic about social media’s evils.

2018 will no doubt expose the fact that social media platforms are just tangible scapegoats for deeper issues that are harder to describe in a headline. A recent New York Times opinion piece posits that self-imposed “filter bubbles” had been increasing long before the rise of social media, indicating that we need to examine deeper societal factors instead of merely blaming the technology.

3) We realized the new frontier for journalism is… social media.

In October, after being on the Strip in Las Vegas during the terrifying mass shooting, I wrote about the need for journalists to take up the mantle of confronting misinformation natively on social media platforms as an important part of their daily work. The idea that journalists are using social media only to distribute their finished reporting is wholly and completely missing the boat – in 2018, the news industry needs to understand that the need for journalists’ skeptical framework and investigative skills and authentication skills on social platforms is more important than ever before.

4) We finally made the switch to natively valuing social platforms.

2017 was a turning point in how we view social platforms as publishers. No longer do we view them in a narrow sense, as “tools” in our arsenal for getting clicks and views to our websites. The idea of social media’s sole function being that of a referral source is outdated, and this year saw unprecedented investments by news organizations in native social storytelling. My current favorites are the New York Times’ “Internetting by Amanda Hess” and The Guardian’s “Fake or for Real?” series, both on Instagram Stories; Humans of New York on Facebook Watch; and the work of the Hindustan Times on Snapchat. Here at WGBH we’ve made great strides on this front in 2017, producing a live music experience with the Dropkick Murphys, a two-hour NOVA Facebook Live to explain the science behind the solar eclipse, and quick turnaround videos from Frontline that put the daily news cycle around the Russia investigation into context.

5) Long form video made a comeback.

For so long, content that works on social platforms has gone in one direction only. Shorter copy, shorter videos, GIFs – they all played to the fact that users’ attention span is fleeting, and in order to create that “thumb stop” moment in your news feed, you had to hook them quickly. When Facebook Live emerged as a contender last year with long form hits such as BuzzFeed’s exploding watermelon, that paradigm was suddenly flipped on its head.

Suddenly, the narrative arc for live streaming emphasized suspense, drama, and wanted you to stay with it. Live streaming kept users engaged longer and longer, and set the scene for a role reversal in 2017. This year was filled with experiments around length, capped in September with the launch of Facebook Watch, Facebook’s “lean back” video experience where suddenly users are finding themselves watching 15 minute episodes.

As audiences increasingly prove that they’re willing to watch mobile video for longer periods of time, television programmers, news organizations and advertisers are rethinking their doomsday predictions. Social media might not be the death of television – might it be its savior?

It all started with Snapchat, but 2017 saw the “Story” format adopted with glee by Instagram, Facebook Messenger, WhatsApp, Medium, Google, and just this week, Imgur. If 2016 was the year social live streaming revolutionized social video, 2017 was the year Stories revolutionized storytelling. Like live streaming, Stories upend the narrative structure of News Feed video: Stories can tell stand-alone narratives with each “snap” or segment, but when pieced together can tell a larger narrative that builds. The idea of a “Story” was first ephemeral (disappearing after 24 hours), but lately platforms have moved to give users the option to archive or save their Stories either for the public or for their own archives.

The Story format has been used effectively by publishers like National Geographic, giving fans a look behind the iconic photographs in remote corners of the world; or Al Jazeera, which took viewers right into the streets of Texas after Hurricane Harvey. “Stories” open up new doors for storytelling and journalism with a fresh, direct way at conveying information that is inescapably engaging – users have to actively tap forward to skip, requiring them to actively watch short bursts of information until the larger meaning emerges.

The Facebook Messenger app for kids. Messenger is becoming the go-to 1-1 communication device for individuals. (Photo by Jaap Arriens/NurPhoto)

There have been plenty of headlines in 2017 about Facebook’s dominance in advertising, news dissemination and in capturing your attention. Still, many Americans don’t understand the vastness of Facebook’s products, which have had a banner year. Instagram is solidly eating Snapchat’s lunch: over 200 million use Instagram Stories a month, which is 50 million more than those who use Snapchat Stories. And “Messenger,” a Facebook product, is scaling rapidly to become the go-to 1-1 communication device between individuals. Facebook’s “Local” is now a standalone app that is poised to become the go-to discovery platform for parties, concerts, attractions and other events happening around you.

As Facebook expands even more into the content space with “Watch,” in 2018, prepare to see it go head-to-head with Google and Amazon in the competition for our hearts, minds… and free time.

8) It is not clear where audiences will be in the future.

Despite all the challenges that social media faces (see #1), it seems that we’re just a few years away from figuring it out. Ideally, those building technology platforms will see the light in 2018 and work together with organizations with the public’s interest in mind, so that we can start to establish some rules (and give consumers some tools) to better understand what’s on social platforms.

Too bad that by then, communication will be happening mainly behind walls.

More and more, social media use in the traditional sense (individuals posting to public spheres) is done by an older demographic, whereas Generations Y and Z have moved their conversations to closed communication platforms such as Snapchat, WhatsApp and SMS. Unfortunately, 2017 might go down as one of the last years publishers and news organizations were able to effectively reach broadcast-sized audiences using social media platforms. By 2019 or even 2020, the wide-ranging, free-wheeling, oftentimes unmannerly dialogue that is the hallmark of social media today will have moved to closed networks.

It seems to me that increasingly, Facebook, Twitter and other public-facing social media platforms will become public vehicles for video content with an element of interaction, such as Facebook’s current offering “RelationShipped” or NBC’s Snapchat version of “The Voice.” There is a massive economy and demand for new, innovative content on social platforms, that will only grow in time. But it appears that the hope for real, genuine conversations between strangers on social platforms was what reporter Taylor Lorenz labeled “first generation social media,” a fleeting – albeit enticing – moment in history.