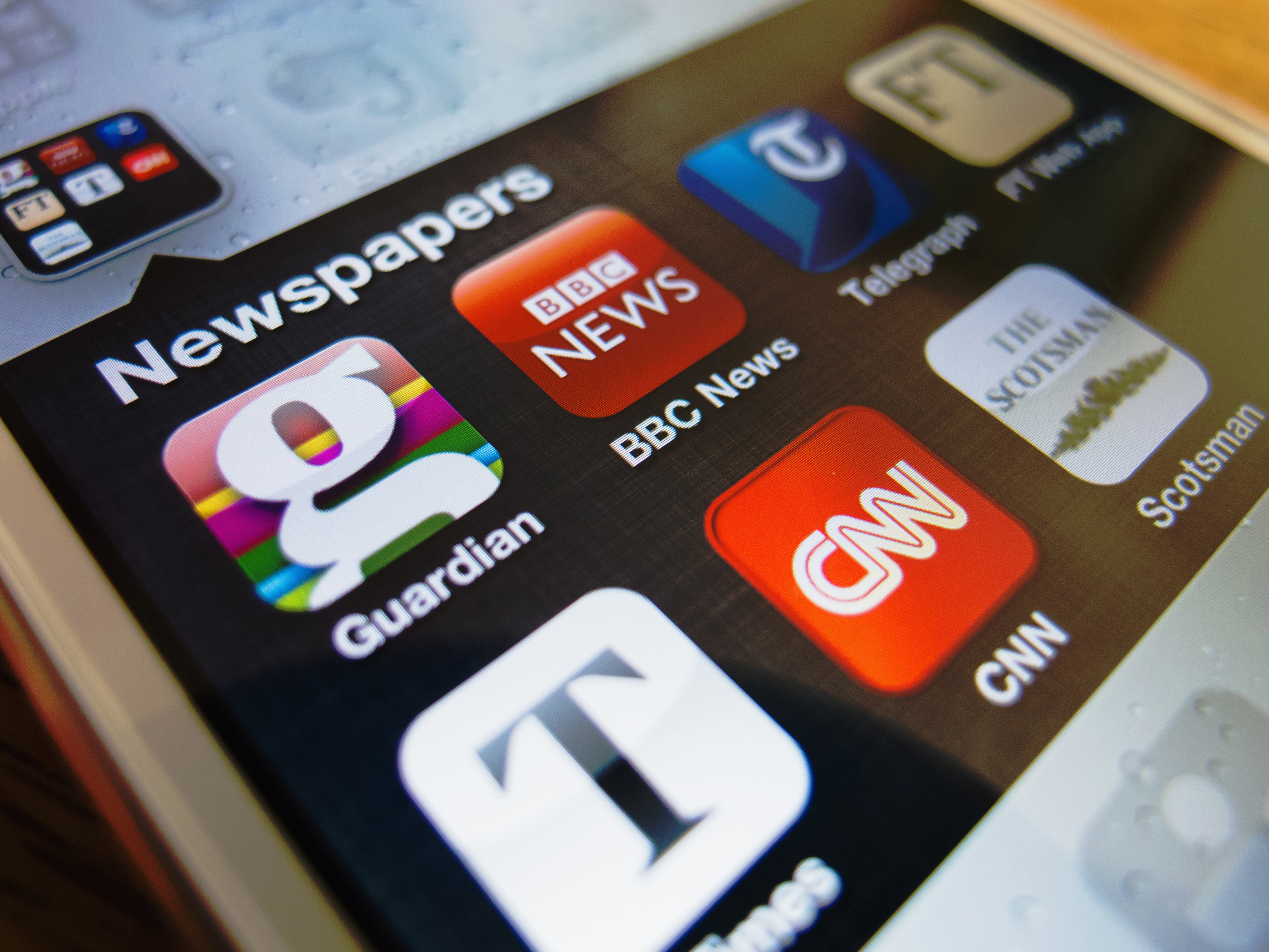 It’s highly unlikely – practically impossible – that a single day went by in 2017 without someone, somewhere uttering the words, “fake news.” And that constant barrage of media skepticism made creating and sharing news even more challenging for journalists and news curators alike in what was already an ever-evolving, hostile landscape.

We combed through a vast array of news apps to cut through the noise and let you know which ones bring the real news in the best ways.

It’s not just for cat gifs and “10 ways to tell he likes you” lists anymore. The BuzzFeed News app takes all the content the site has to offer and consolidates it into one easy-to-navigate and customizable destination. It also features a trending tab, where users can see what’s hot right now and follow the latest breaking news.

The app itself is easy to navigate, aesthetically pleasing and to-the-point. As for the content itself, stories range from your daily news items to more serious, long-form investigative pieces that the Buzzfeed News brand has been growing over recent years.

For those unfamiliar with Reddit, an introductory crash course via the Reddit app might get you hooked. When it comes to following the latest news, Reddit’s app made a space that could allow dozens of different sources to coexist together, giving readers options to browse multiple sites and viewpoints.

The site launched the official app in 2016 and it’s already earned 4.5 out of 5 stars in the App Store for keeping users up-to-date with the latest news and being easily tailored to fit any users’ specific needs via subreddits.

The interactivity of the site also transferred over to the app, allowing readers to approve (upvote) or disapprove (downvote) popular pieces, or comment freely whenever they feel so compelled. The site can, however, get a little too niche for the average person at times, making it harder to weed through all the noise if you’re not an experienced Redditer.

The Associated Press has earned and sustained its reputation of being a no-questions-asked reliable news source, and its smartphone app is no different.

News novices all the way up to the junkies rely on this app daily, taking and sharing screen shots of its push notifications of big news every day. Almost everyone can remember a big moment in history over the last decade that was ushered in with an AP news alert send to their phones.

The content that AP produces runs the gamut from sports to hard news to in-depth investigative work, all of which is compacted nicely into its sleek and easy-to-use app. A navigation tab makes it easy to scroll through the different niche topics you might be looking for, and sharing those stories on social media is only a few taps away. It’s no wonder AP has become a consistent staple for news consumers.

As “Kool-Aid” as it might seem to throw a bone to Apple’s own built-in news app, Apple News, it would be dishonest to ignore the progress the brand has made since dipping its toe in the information curation business in 2015.

For Apple News, the name of the game is story, video and image curation. While it’s not the only app to do this, it does make the entire process easy for the news consumer on the go. It works with the user to learn their reading or viewing habits, find stories that interest them, and sift through headlines from their favorite publications.

The app, obviously, is not available for Android users, making it impossible for us to declare this the best news app of the year. But aside from that, it remains a robust contender.

Available on iOS only (built into iPhones)

In today’s political climate, where “fake news” is on the tip of everyone’s tongues, it’s good to have a news app on your smartphone that promises to deliver news from only reputable sources, and nowhere else.

Enter Inkl, which was launched to keep clickbait and hyperbole at bay for the everyday news consumer. The service, like Apple News, works to curate stories for the user based on their habits, but goes out of its way to ensure it comes from a trustworthy source.

Finding stories is easy, and sharing them is even easier. And there’s never any confusion over where the information is coming from, because its source’s logo is always displayed at the top of the page.

The user experience is quick and easy to read. The information is laid out cleanly and, best of all, its all ad-free. Inkl could, however, do a better job branding itself as an app that sifts out the nonsense, so users could learn a little more about media literacy and why the sources Inkl delivers to them are in fact reliable in the first place.

CNN on an iPad. (Photo by Jaap Arriens/NurPhoto via Getty Images)

Forget the fact that CNN had a banner year in terms of visibility, for better or for worse. The country’s first 24-hour cable news network delivers the same all-around coverage via its smartphone app, which basically takes all the information it has to offer on its massive website and boils it down into one easy to navigate experience.

Multimedia content is the best thing this app has going for it. Being that CNN is by virtue a television network, it makes live video accessible and clean for the user, often tag-teaming its news articles with a video on the same topic. It’s also super easy to access current and recent airings of CNN’s top shows like Reliable Sources with Brian Stelter and take them with you on the go.

This app completely overhauled itself in 2017 and quickly became a hit for its aggregation services and content delivery. There’s a reason why PCMag.com editors gave it 4.5 out of 5 stars.

Just like other curation apps like Apple News, Flipboard takes the users’ interests and tastes into consideration to bring together text, photo and video into one package. But its user experience reads more like a magazine, bringing the lost art of long form journalism to the palm of your hand.

Its aggregation approach to the news makes it so each user can have their own unique experience with the app. Whatever the user craves, Flipboard dishes it up easily. The app is free and can also be accessed via Web browser for those who spend most of their day in front of a computer. But for the novice news consumer, this app might not be the best in helping you figure out what news outlets to trust and which to avoid.

The BBC delivers reliable international news and videos on-demand. Users can navigate through top headlines, hand-selected “My News” options, or see what’s trending by scrolling through a toolbar at the top of the app. The stories on the BBC app get updated as stories unfold in big news situations, and users received breaking news push notifications making them the first to know what’s going on. It also offers a “video of the day” function, showcasing its best work from coverage around the world.

Best app to step outside your bubble with: Al Jazeera English

Al Jazeera covers international issues that generally don’t get as much mainstream airtime in the United States alone, and getting that content in one place makes this app a must-have. Sometimes, a good look outside of the looking glass of American politics is just what news readers need for a broader context. Whether its live video or on-demand coverage, this free app makes staying up-to-date on global issues easy and interactive.

Users can curate the home screen of the Al Jazeera English app if they like, and sharing stories is built into the experience.