9 Reasons for Optimism for the Future of Journalism Education 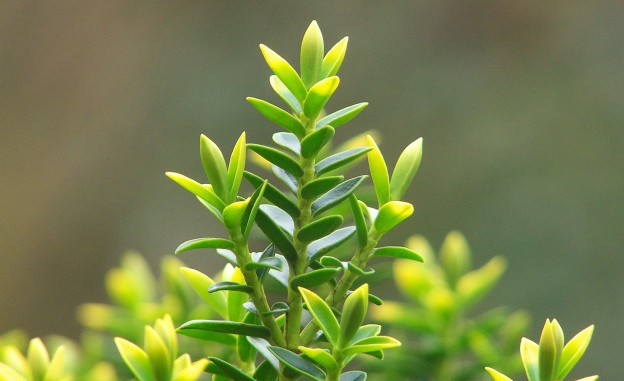 It's a time of growth in journalism education. (Image courtesy of Flickr user sean_hickin and used here under Creative Commons.)

Back in October, I delivered opening remarks at the Reynolds Journalism Institute’s Green Shoots in Journalism Education event. I said I can be accused of donning rose-colored glasses, of seeing the curricular glass as at least half full.

"If you told me a year ago that I would be speaking positively about curriculum change in journalism education, I’d have suspected you were in the states of Washington or Colorado because clearly you had access to legalized marijuana. But we’re not all high."

These can be difficult days for those of us who teach journalism. It’s easy to get pessimistic looking at stalled curriculum revisions, strained budgets and depressing industry developments. Yet I’m more optimistic than I have ever been about the potential for innovation in my teaching and the opportunities my students will meet when they leave me.

Our major can easily be seen as a “gateway degree,” as Jan Schaffer termed it for EducationShift. Efforts to engage and train critical thinkers and clear writers are flowering in newsrooms and beyond. My favorite element of the “Green Shoots” event was the metaphor itself. It’s about growth. When I look to journalism education for evidence of growth, I easily find nine branches sprouting green shoots.

We can all fall victim to the mistaken belief that change in higher education cannot come without a dean’s approval. This year more than ever I’ve seen all sorts of people prove that assumption wrong. The truth is our curricula have more wiggle room for experimentation and innovation than we might think.

At USC, Robert Hernandez is exploring programming for wearables in journalism while across the country, Dan Pacheco is going virtual with Oculus Rift at Syracuse. These kinds of technologies are fast-moving and easily explored — as long as we don’t wait for a curriculum committee.

Google Glass: one of the experimental items in Matt Waite’s maker space at the University of Nebraska. (Photo courtesy of Matt Waite)

Don’t get me wrong — structural innovations are important. My own department is moving forward with exciting discussions to improve the landmark converged curriculum we launched in 2000. But such structures have to allow room for creative thinkers to try and fail. I have no clue whether virtual reality is part of the future of journalism in real ways. But when I saw a new VR project at Missouri that allows users to experience the scene of Michael Brown’s shooting in Ferguson, I’m delighted people are finding ways to test new ideas within existing curricula.

This year more than ever I have seen programs aggressively bringing in industry leaders and effective professionals as guests or instructors. The innovators series at the University of Florida brought Storyful’s Mark Little and Vox’s Melissa Bell straight to students and faculty to share their insights into current media practices and potential for future developments. An innovators-in-residence program at West Virginia University led Sarah Slobin to bring “a touch of anarchy” to their journalism program, concluding with a new approach to telling stories with data and a project on prescription drug abuse.

Zach Seward speaks with West Virginia faculty about startups. One of Quartz’ directives, he said, was to “Be bold and creative.” Photo by David Smith.

These kinds of programs are doubly beneficial. They bring the strengths of industry into programs as an infusion of ideas and energy. But they also show professionals the outstanding work students are capable of and the new tools being developed and storytelling approaches being embraced.

Relatedly, 2014 saw a number of admirable projects that brought professionals together with students to produce outstanding journalism. The Gun Wars project from News21 is my favorite example. A truly multimedia- and data-rich offering, Gun Wars challenged some of what I knew and felt about gun culture in the United States. A funder once told me News21 was in no small part about convincing professional news organizations that students could produce quality work. Point taken.

I will remember this year as the one when we started to see a shift across J-Schools when it comes to recognizing the importance of data and incorporating it in classes. Sara Quinn and I presented a session on data competencies to the Poynter Institute’s Teachapalooza seminar for educators and found the audience eager for more. Our EdShift series on teaching data journalism saw a great deal of traffic, as well.

A new visualization program at the University of Miami shows tremendous promise, as does bringing professionals in to cover these emerging practices. One of my favorites is Derek Willis from the New York Times, who has a thoroughly remixable plan for his course at Georgetown and is now working with students at West Virginia University.

But if I have one resolution for all journalism educators in 2015, it’s to get familiar with data basics and introduce them in elementary reporting courses.

I don’t like it when people ask me if I “teach Twitter.” I try not to roll my eyes but usually say, “No, because I never taught ‘newspaper’ either.” Nothing about social media calls for us to teach the medium specifically. Trust me, any 20-year-old who can’t figure out how to post to Facebook is a zombie, not a journalism undergraduate.

Instead, we need to teach the power of social media in journalism and the ethics of using them to tell stories and engage communities. The single greatest advance in this arena is likely the master’s in social journalism debuting now at CUNY. But you don’t need a massive program to move forward on social. You can start with a class as Sue Robinson did here at the University of Wisconsin-Madison or you can engage students in building their own presence, as Kelly Fincham did at Hofstra.  This year’s update to Eric Newton’s digital experiment Searchlights and Sunglasses included a hefty dose of social, as well. You can also use it to remix these ideas into your own classes.

The 2014 update to Searchlights and Sunglasses continues to highlight media advances.

My favorite Broadway musical quote? From “Hello, Dolly!”: “Money, pardon the expression, is like manure. It’s not worth a thing unless it’s spread around, encouraging young things to grow.” And we’re seeing a lot of money encouraging our students to grow in their learning right now.

I’m a superfan of the Challenge Fund for Innovation in Journalism Education (disclosure: I’m also a grantee this year) administered by the Online News Association. The Challenge Fund uses $35,000 microgrants to pepper innovations across journalism programs. The best part is they encourage experimentation, so you don’t have to fear failure. The new round of applications is open until January 15 if you have an idea you’d like to try.

Foundations continued to do incredible work to support innovation. Knight Foundation, for instance, provided a grant to American University to develop a program in disruptive media leadership.

And we’re learning that crowds may be a great route to get the manure — umm, money — to spread around. My magazine class netted more than $3,000 this semester to get on press by turning to alumni and friends for donations. The University of Georgia has launched a Kickstarter-like system for students to raise funds. I’m hoping my own university catches onto that idea quickly.

Speaking of money, I got irritable a few years back that too many funders were directing their dollars to massive efforts and projects, while real progress could be gained by getting individual instructors to the training they need. I still think that. But the picture is brighter this year. Efforts like Poynter’s Teachapalooza and MediaShift’s hackathons can help you move forward in real ways. Online training, as well, gets better and better, including the array of offerings at NewsU.

If you told me a year ago that I would be speaking positively about curriculum change in journalism education, I’d have suspected you were in the states of Washington or Colorado because clearly you had access to legalized marijuana. But we’re not all high. The wheels of curricular change began turning all over the place this year.

Now we need to take such innovations and spread them more broadly.

And that brings me to the very best part of 2014. In journalism education, it seemed to me, we got a whole lot better at helping each other out. This showed up in digital sharing spaces like the ONA Educators group on Facebook, which went from 366 members in January to more than 800 today. It happened in person, as well, through conferences like Journalism/Interactive, Teachapalooza and ONA. These opportunities to share promote the great work happening in J-Schools. A quick sample:

And — you just knew I was going here — this sharing happened on #EdShift. At this time a year ago, Mark Glaser and I were in the thick of planning the EducationShift launch. Seeded by a grant from the Knight Foundation, we took quickly to Eric Newton’s idea that this site should provide “solutions journalism for educators.” Over the last 12 months, an energetic and open group of educators and students have shared their ideas, concerns and approaches for everyone to discuss and remix.

I’m incredibly proud PBS MediaShift has provided this service — an opportunity for us not only to discern what’s going wrong in journalism education, but also to highlight what’s going right and extend the impact of those innovations. As we close out this first year, I’m excited to look to EdShift’s second and grateful to all those who have shared their teaching and talent here. You’re all green shoots, indeed.