How We Crowdfunded a Special Journalism Workshop 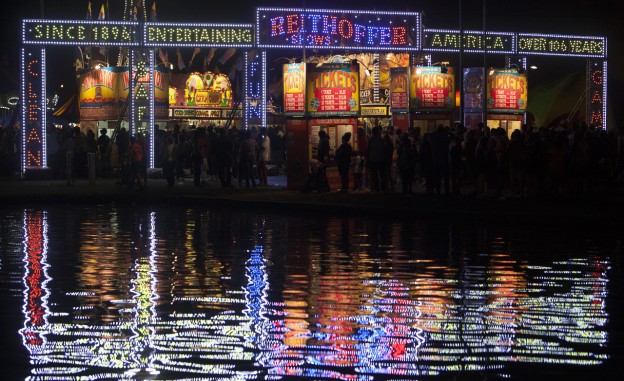 Traditional lectures, seminar discussion groups, flipped classrooms or online courses – those are the four major learning environments our students find themselves in throughout their academic lives. There’s another, easy to conceptualize and even execute but difficult to finance: the on-site workshop.

For the last 19 semesters, I’ve lead some sort of a workshop for my photojournalism students. In the spring, we pack up the lab and head into a rural north Georgia county for three days of storytelling. In the fall, we’ve done one-day immersion events with the last eight at an international sports car race held every fall about 45 minutes from campus.

The kids who had experienced these events were giving back, they were paying it forward, they wanted to stay connected.

The spring event is a beast unto itself, but the fall event has always been easy to run and easy to finance, running up a tab of about $250 for some food and the occasional hotel room for an out-of-town visiting professional. For that, my 16 students got a 12-hour shooting and critiquing session and had their work featured in a national auto magazine.

For 2014, some changes in the racing series delayed our approval and I had to bail out and build something new. The benefits of partners came into play quickly. Late on a Thursday I sent an email to the photo editor of the Macon Telegraph with a crazy idea. By noon on Friday, we had a brand new workshop –- the University of Georgia’s Grady College of Journalism and Mass Communication was heading to the Georgia National Fair.

Great, awesome – everyone loves a fair, my regular visiting professionals were excited, my kids were bubbling over with glee … but the fairgrounds are three hours from Athens and only two of my pros were coming from nearby cities. The thought of students leaving campus at 3 a.m., working for 16 hours and then driving three hours back to Athens scared me.

Fifteen students and six pros at the start of a 16 hour long day at the Georgia National Fair.  Photo by Mark E. Johnson.

I needed money. Not a lot, but enough to cover hotel rooms for the kids and to be able to feed them something. Some quick math put my needs somewhere around $1,800. Which, in the grand scheme of things, is not a lot when you look at the value: 15 students were going to get an intense 16-hour event working with six of the top photojournalists from the state.

In theory, I could have told the kids it was going to cost them a little over $100 each, but we’re a state school and, while many of my kids come from stable families, some do not. And this was a new, unproven event. What if it was a bad experience? What if it didn’t work? What if the promised access closed up or if the offered editing space was too small? Four weeks into the semester was a little late to assess a mandatory lab fee.

My department chair and I talked, and we looked in all the usual corners for small pockets of money. A little here, a little there – yeah, we could make this work, but it was going to impact other planned events. I wandered over to the office of Diane Murray, our director for public service and outreach, because we firmly believe journalism is public service and outreach.

She quickly found us a $500 micro grant from the university’s Office of Service Learning. That eased the strain on departmental funds, but then she had another thought … the university had launched a crowdfunding site over the summer. We were three weeks from the event, so why not give it a try, she asked.

I looked at the site and … well … I hesitated. There were seven projects on it, all of which had been up for what looked like at least a month, and they hadn’t raised a single penny. Not one copper Lincoln was coming in – how much effort should we put into this?

Murray said one thing to me: “Remember, we’re Grady College. We know how to do this.”

So we launched at 9:30 on a Thursday morning. I put up a post on my program’s Facebook page, a collection of current and past students. I put it on my blog and sent it out on Twitter. Later that afternoon, Murray sent it out on the college’s web, Twitter and Facebook feeds.

The Georgia Funder page for the UGA Photojournalism Workshop

The university launched the Georgia Funder site because they wanted to reach younger alumni. Their research has shown that most alumni don’t donate in the first 10 years. Many don’t because they can’t afford it, many don’t because their memories are very specific and sending money into the major funds doesn’t make them feel connected.

Georgia Funder was launched to handle both of those issues. It allowed small amounts (we had buttons for $25, $50, $100, $250 and $500, but you could click through and donate any amount you wanted). And it told you exactly how the funds were going to be used –- one class, one workshop.

What shocked me the most, though, was who was donating. As the dollars rolled in we could see who was sending them and the majority of them were former students. The kids who had experienced these events were giving back, they were paying it forward, they wanted to stay connected.

It gave me chills then — and it still does –- to see those names, to know they both understood the value of these workshops and wanted to make sure others had the same opportunities. This reinforced every reason I’ve had for building these events over the years.

Making It Work For You

If you have an event coming up, something that falls outside of the normal funding routes, try this. Reportedly the university looked into a partnership with one of the major crowdfunding web sites and decided to build their own. Your school may have one already and, if they don’t, ask them to build one. (The advantage to it being in-house as opposed to outsourced is all the donations are tax deductible.)

In the end, this workshop worked for four reasons:

Day turned to night and the critiquing sessions went on. (Photo by Mark E. Johnson)

How well did it work? We live photo-blogged the 16 hour day at the fair for the Telegraph, posting 265 images in one massive gallery to show not just what the fair looked like but also what it meant.

And we were invited back for next year, too.