Reimagining Journalism School as a ‘Gateway Degree’ to Anything 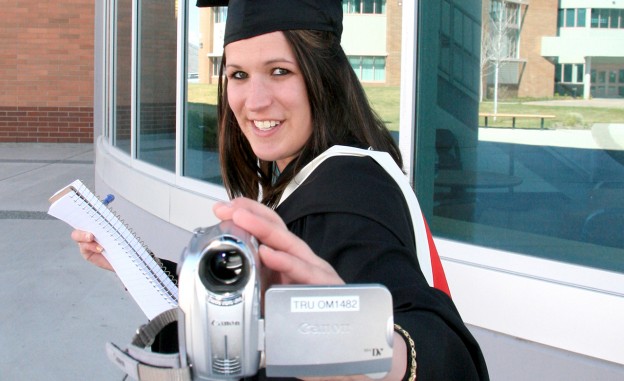 J-Lab director Jan Schaffer is wrapping up 20 years of raising money to give it away to fund news startups, innovations and pilot projects. She is pivoting J-Lab to do discrete projects and custom training and advising that build on her expertise. After two decades of work at the forefront of journalism innovations, interactive journalism and news startups, she weighs in with some observations and lessons learned. This post addresses journalism education and first appeared here.

If I were to lead a journalism school today, I’d want its mission to be: We make the media we need for the world we want.

"We need journalism schools to teach more than inverted-pyramid stories and video and digital production."

Not: We are an assembly line for journalism wannabes.

Journalism is changing all around us. It’s no longer the one-size-fits-all conventions and rules I grew up with. Not what I was taught at Northwestern’s Medill School of Journalism. Not what I practiced for 20 years at The Philadelphia Inquirer.

Yet, as someone who consumes a lot of media, I find I like journalism that has some transparent civic impulses, some sensibilities about possible solutions, and some acknowledged aspirations toward the public good. Even though I realize that might make some traditional journalists squirm.

There is some urgency here. Colleges and universities are cascading toward the disruptive chaos that has upended legacy news outlets. Many, like newspapers, will likely shut their doors in the next decade or two, victims of skyrocketing tuitions, unimaginative responses and questionable usefulness.

Adding to this imperative are indications that some J-School enrollments have declined in the last few years, according to the University of Georgia’s latest enrollment survey released in July. Industry retrenchment is partly blamed for making prospective students and their parents nervous about future jobs.

How do you quell that nervousness? One way is to articulate a new value proposition for journalism education; next, of course, is to implement it.

It’s time to think about trumpeting a journalism degree as the ultimate Gateway Degree, one that can get you a job just about anywhere, except perhaps the International Space Station.

Sure, you might land at your local news outlet. But, armed with a journalism degree, infused with liberal arts courses and overlaid with digital media skills, you are also attractive to information startups, non-profits, the diplomatic corps, commercial enterprises, the political arena and tech giants seeking to build out journalism portfolios, among others.

We already know that a journalism education — leavened with liberal arts courses and sharpened with interviewing, research, writing, digital production and social media competencies — is an excellent gateway to law school or an MBA. And we already know that journalism education has moved away from primarily teaching students how to be journalists. Indeed, seven out of 10 journalism and mass communication students are studying advertising and public relations, according to the UGA study.

Refining the Gateway Degree, however, means embracing different types of journalism and showcasing different definitions of success achieved by alums, not just highlighting those who work in news organizations.

Journalism education as a Gateway Degree is a good business proposition — both for the journalism schools and for the industry. We need journalism schools to teach more than inverted-pyramid stories and video and digital production, in part because the industry is awash in entrepreneurial startups that are practicing excellent journalism but are increasingly mission-driven. They are driving strong coverage of public schools, public health, diverse communities and sustainable cities.

Moreover, non-profit, regional investigative news sites are increasingly populating the news startup space and engaging in new journalism work. Some, like the Center for Investigative Reporting, are building innovative engagement onramps. Others, like Carolina Public Press, are convening broad discussions about meta-narratives in their regions, like the future of public forests.

For many of today’s startup founders, it’s not enough to afflict the comfortable or speak truth to power. They want their journalism to solve problems, improve lives and help make things better. These startups want measureable impact beyond winning a journalism prize or changing legislation — while still adhering to core journalism values. This is a mindset, however, not a skill set, and one not often addressed in a standard journalism curriculum.

Instead, journalism schools in recent years have been hyper-focused on skill sets – convergence in the last decade, and coding and data skills in this one.

Media entrepreneurship courses especially can help pave the way for embracing a broader mission and cultivating different mindsets. Courses in entrepreneurial journalism train students to spot what disruptive innovation guru Clay Christensen calls “jobs [that need] to be done” and rethink how to engage audiences in those challenges. Students do competitive scans (a good exercise for solutions reporting); they construct business plans (a useful reality exercise); and they build wireframes, proof-of-concept sites or apps (an introduction to the maker culture).

These activities also help channel those students who come to journalism school thinking they are going to produce works of art — the “I like to write” students — into more grounded work.

Equally important, though, is the role that journalism education can play in the aspirations and social mindsets of Millennials, who are now wearing two hats: as news consumers and news creators. “One of the characteristics of Millennials, besides the fact that they are masters of digital communication, is that they are primed to do well by doing good. Almost 70 percent say that giving back and being civically engaged are their highest priorities,” Leigh Buchanon writes in Meet the Millennials.

There is more work to be done in rendering how responsible journalism meshes with responsible aspirations to advance the public good. But the ripple effect of engaging audiences in issues people care about can be enormous if news organizations master the onramps.

So I’d say it’s time to be creative in leveraging current abilities and new mindsets to design a robust Gateway Degree that can re-imagine and deliver upon the media we need for the future.