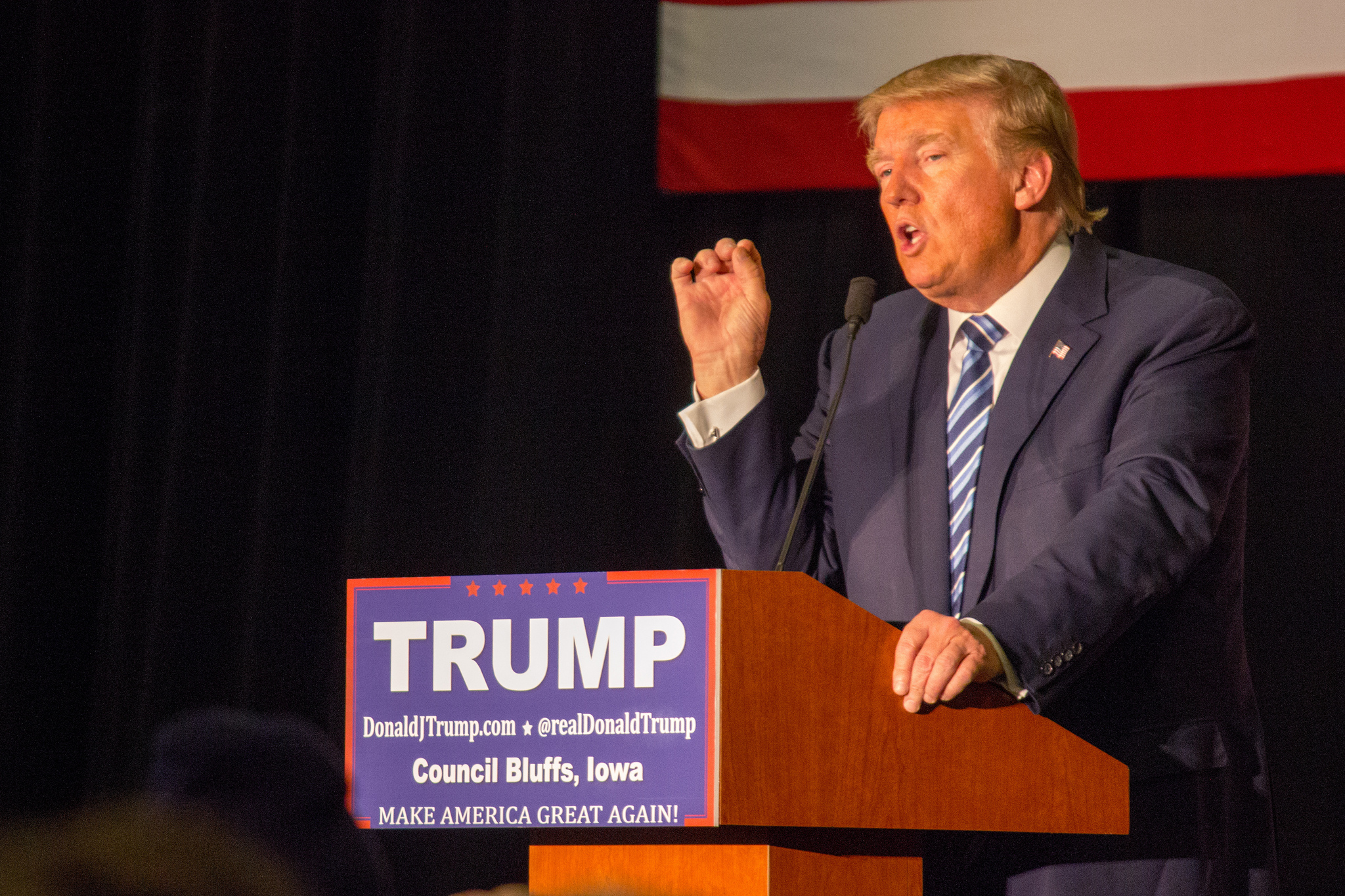 Photo by Matt Johnson on Flickr and used with Creative Commons license.

It seems pretty universal that 2016 was a crazy year – and the media industry was not left unscathed. From the widespread misinformation across the internet that may have influenced the U.S. election, the continued renaissance of podcasting and the advent of new virtual reality technologies, 2016 turned out to be a significant year in media, technology and journalism.

Read on for our recap of the top media stories of the year and our predictions for what lies ahead.

1. Rise of Fake News, and Failure of Polls and Predictions on the Election

Following the failure of the media and pollsters to correctly predict that Donald Trump would win the 2016 presidential election, journalists were forced to rethink the way that they cover certain communities and what they could do to regain the public’s trust.

Some are still wondering if we’ll ever be able to trust polls again.

And despite the emphasis on fact-checking during this election cycle, fake news arguably had a bigger influence on the ultimate outcome. A BuzzFeed analysis found that fake election news outperformed real news on Facebook; meanwhile, professional fake news writer Paul Horner actually took credit for the election of Donald Trump.

“Honestly, people are definitely dumber,” Horner told the Washington Post. “They just keep passing stuff around. Nobody fact-checks anything anymore — I mean, that’s how Trump got elected. He just said whatever he wanted, and people believed everything, and when the things he said turned out not to be true, people didn’t care because they’d already accepted it.”

Of course, social media platforms were the primary distribution method for fake news sites, but Mark Zuckerberg initially denied all culpability, saying the idea that fake news influenced the election was “a crazy idea.” Following pressure to do more to stem the flow of misinformation, Zuckerberg later issued a statement about what the platform would do to combat fake news in the future. His plan includes stronger detection of fake news, easier reporting, third party verification and warning labels.

Others, including journalists and developers, are working on their own tools to help combat fake news.

Prediction: The fact that new innovative tools and methods are being developed to help prevent the spread of misinformation across the internet is certainly a positive one. However, it’s going to continue to be a cat-and-mouse game between purveyors of fake news (i.e. propagandists) and those trying to tag and filter it out.

Fifty-one percent of people use social media as a source of news each week, according to a report published this year by the Reuters Institute.

It’s clear that platforms are the gateway to digital audiences, but the relationships between traditional publishers and platforms are anything but simple – the two often operate more like “frenemies.”

“When they see publishers like the three of us doing their best to build audiences on their platforms, they’re doing everything they can to work with us,” Versha Sharma, managing editor for news and politics at NowThis, said at a Daily News Innovation Lab event in November.

This year Snapchat made it far easier to find partner content by using its Discover feature – you can even subscribe to publishers. Snapchat also eliminated its “Live Stories” feature, which were curated by in-house editors.

In the wake of Donald Trump’s threats to curb freedoms of the press in the U.S., news outlets saw a rise in paid subscriptions and donations.

Last month Donald Trump tweeted that the New York Times was losing subscribers because of its poor coverage of his campaign. The Times countered his claim and said it had actually added four times the average number of new subscriptions immediately following the election.

Other news outlets, including The Atlantic, Mother Jones, and ProPublica also saw a rise in paid subscriptions or donations in the days following the election.

Prediction: This may be overly optimistic, but it’s possible that the “Trump Bump” could continue well into 2017 and beyond because with his election came a renewed focus on supporting good journalism. This may largely depend on his performance as president, however.

Gawker went bankrupt after it lost a $140 million lawsuit brought by Hulk Hogan for publishing portions of a sex tape involving the former pro wrestler. The suit, and many similar ones, were bankrolled by Silicon Valley billionaire Peter Thiel in a chilling example of using the courts to exact revenge.

After Univision bought Gawker Media in a bankruptcy auction, the Spanish-language media outlet chose to cease publication of Gawker.com and consolidate the rest of Gawker’s verticals – Deadspin, Jezebel, Lifehacker, Gizmodo, Jalopnik and Kotaku – into its Fusion Media Group.

Prediction: Gawker’s network of sites have dedicated followings and the expectation is that the sites will survive, and thrive under new ownership. What remains to be seen is whether other billionaires will decide to follow the example of Peter Thiel and try to kill independent journalism through the courts.

5. Massive Push Into Video by Mashable, BuzzFeed, FB Live, Many Others

Mashable made headlines in March when Turner announced it would work with the website to distribute video content. A week later, Mashable laid off several of its editors.

BuzzFeed announced in August that it would split into two divisions – news and entertainment – with renewed emphasis on producing video content.

“In this new structure, video won’t be the job of just one department,” BuzzFeed CEO Jonah Peretti wrote in a memo. “Having a single ‘video department’ in 2016 makes about as much sense as having a ‘mobile department.’”

Along with the push into online video came a renewed interest in live video and Facebook Live emerged as the most powerful livestreaming platform. Facebook actually changed its algorithm to give preference to live videos.

“Facebook Live could be a good conduit for generating a wider variety of compelling story topics, maybe even more diverse ones, and important leads for news media to follow,” according to Northwestern University professor John Wihbey.

Prediction: There’s no doubt that the growth of video, particularly live video, will continue. The potential for live-streaming to be both positive and negative seems endless. (Already there have been documented cases of individuals shot while live-streaming.) It does seem likely that, perhaps sooner than later, there will need to be guidelines about how to monitor what is streamed live in the name of minimizing harm to the public.

Across the board, traditional media outlets made huge investments into digital sites, especially those that target millennials.

NBCUniversal invested another $200 million into BuzzFeed and is partnering with Vox to sell digital advertising; Discovery invested $100 million in Group Nine Media; ABC sold its stake in Fusion to back to Univision. Fusion also purchased Gawker in a bankruptcy auction.

“No one can own all millennials, but we need to own iconic brands that matter to them,” he told the Washington Post.

Photo by kevinshine on Flickr and used with Creative Commons license.

Serial debuted in 2014; two years later, podcasts continue to grow in their reach.

More mainstream publishers tried their hand at the medium as well: the Washington Post created its 44-episode “Presidential” podcast leading up to the election and in April MTV announced it would launch five new podcasts of its own.

Audiences have grown so much that the Interactive Advertising Bureau issued a set of guidelines for podcast advertisements. Also this year, Panoply released Megaphone, ad-insertion software that guarantees the ads aired on its shows are current.

Finally, the staff behind This American Life recently released Shortcut, an app that allows listeners to easily share audio clips.

Prediction: It’s only logical that podcasts will become an even greater source of revenue for content creators. Only one-third of Americans have listened to a podcast, according to the Pew Research Center’s 2016 State of the News Media Report – so there’s a lot of room for growth as of yet. Here’s hoping that new tools, such as Megaphone and Shortcut, will continue to make creating and sharing podcasts just a bit easier.

Virtual Reality is no longer a thing of the future. The emphasis was on VR at the International Symposium on Online Journalism, the Tribeca Film Fest, at SXSW, and the NYC Media Lab Summit. We focused on it, too, during Collab/Space Chicago.

The medium is expected to revolutions just about every industry – including media.

This year the Associated Press produced more than 20 VR videos, on every subject from climate change to luxury travel. Meanwhile, the New York Times launched a daily 360-degree video series as well as a dedicated virtual reality app.

Prediction: Virtual reality is now more accessible than ever – there were countless Black Friday and Cyber Monday deals featuring VR gear this year. It’s still too early to really predict what the future of VR holds; however, it’s a medium that everyday consumers will begin to take much more seriously.

It was the rebranding heard ‘round the world.

“Tribune Publishing, now ‘tronc,’ issues worst press release in the history of journalism,” read a Washington Post headline from June. Mashable provided a list of the best Twitter jokes poking fun of Tribune’s new name. And in what was, in a way, a love letter to local newspaper journalism, comedian John Oliver joked that “tronc” sounds like “a stack of newspapers being thrown into a dumpster.”

Tronc’s new name came along with an announcement that the company would begin new initiatives, including the use of artificial intelligence and increasing the amount of video it produced.

In November, Gannett announced that it would drop its bid to purchase tronc, which it had been pursuing since April.

Prediction: Three days after the announcement that Gannett had ended its bid to purchase tronc, the chairman of the former Tribune Publishing Company said the two were still in talks. This is most likely a saga that will continue well into the new year.

When 11.5 million confidential documents were leaked from a Panamanian law firm and given to the International Consortium of Investigative Journalists, the Washington, D.C. non-profit chose to enlist the help of more than 100 news outlets from around the world to mine the files. (Nearly 400 reports from 80 countries joined forces.)

Mashable called the Panama Papers “among the broadest and most technologically challenging journalistic endeavors ever.”

It’s the largest and perhaps most successful example of journalistic collaboration to date.

Prediction: “Collaboration” was a pretty big buzzword within media circles this year. For many, it’s seen as one of the keys to survival. But the Panama Papers project serves as true inspiration for how powerful collaboration can be – and we hope to see more positive examples like this in 2017.