Will ‘Megaphone’ Open the Floodgates for Podcast Advertising? 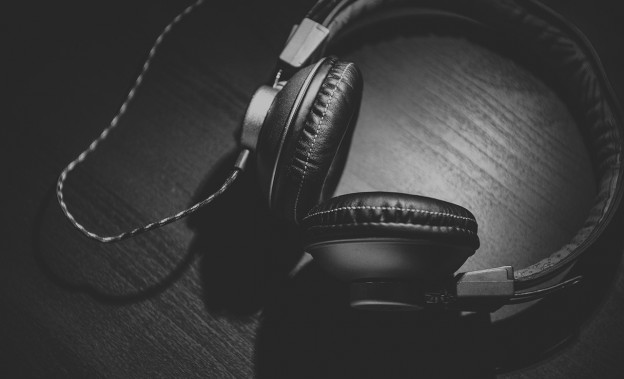 For years, laggards like me have confounded the podcasting industry, stumbling upon Radiolab episodes 15 months after the rest of the world and, of greater business concern, listening to advertisements that are then 15 months old.

"Megaphone’s most promising innovation is an embeddable podcast player that will capture richer audience and listenership data."

“Traditionally, ad spots were recorded by the host and hard-baked into the audio file, and they would live there forever,” Cox said. “Megaphone is built on top of a real-time ad insertion engine, so you can get a current ad that’s relevant.”

Panoply purchased the ad-insertion technology last summer and launched Megaphone in January, giving the company a full-service content management system to go along with its impressive portfolio of marquee podcasts, including Revisionist History and Slate’s Political Gabfest.

Megaphone’s launch has been great news for Panoply, which is on pace to nearly triple its 2015 revenue total by the end of the year. The bigger question is whether Megaphone can be a game-changer for the podcasting business as a whole, and whether it can coax advertisers into embracing a medium that so far they’ve approached with caution.

Last month, the 2016 State of the News Media report was full of good news for podcasting: Familiarity with podcasting had risen from 22 percent in 2006 to 49 percent in 2015; listenership had risen from 11 percent to 36 percent; and outlets ranging from the New York Times to the Des Moines Register had launched podcast teams within the last year, contributing to an overall explosion in new content.

But for all the growth metrics, the report also delivered less enthusiastic news for the podcasting business. In 2015, advertisers spent only an estimated $34 million in the podcast sector, a “small drop in the bucket” compared to the $59.6 billion spent on digital advertising as a whole.

What’s befuddling about the poor revenue figures is that, by all accounts, podcast advertising works really well. As Farhad Manjoo wrote in the New York Times: “Large and small advertisers report a significant upside to the campaigns they run on podcasts, and ad rates on top-tier podcasts approach $100 per thousand listeners, which is many times what it costs advertisers to reach audiences in most other digital formats.”

Podcast advertising has been a particular hit with “performance-based advertisers” — companies like Squarespace and Audible.com that are trying to boost sales or sign-ups for a specific web-based product. By including a URL or promo code in their ads, these companies can track the conversion rate and precisely measure their return on investment. And Matt Turck, chief revenue officer at Panoply, says these advertisers generally like the results. “They keep coming back over and over again,” he explained. “It’s effective for them.”

A screenshot from Pew Research Center’s 2016 State of the News Media report.

So why aren’t more advertisers rushing into the podcasting space? For one, the audience for podcasts is still relatively small, with only 21 percent of Americans listening to podcasts on a monthly basis in 2016.

However, given podcasting’s rapid growth rate, a bigger factor might be the issues with existing audience data and metrics. Most notably, advertisers have balked at the squishiness of download statistics, which don’t capture whether the user actually listened to an episode — or for how long. Advertisers have also requested richer audience data than what publishers currently receive from iTunes (a point of considerable contention among podcasters).

Industry experts say that addressing these problems could lead to a boom in ad revenue. “Advertisers are waiting at podcasters’ doors,” Pierre Bouvard wrote in his preview of the 2015 State of American Podcasting webinar. “Data is what will get them to come in.”

Turck says that’s consistent with what he experiences at Panoply. “More and more brands are moving into this space,” he said. “But if we get any resistance, it’s about the data and metrics.”

Can Panoply and Megaphone Find the Fix?

Aside from its ad-insertion feature, Megaphone’s most promising innovation is an embeddable podcast player that will capture richer audience and listenership data. The challenge is getting podcasters to adopt it, and audiences to embrace it: Right now, most podcasts are downloaded as audio files through iTunes, Stitcher, or other apps. But Panoply needs audiences to stream episodes directly from the podcaster’s website, where the Megaphone player can collect information on exactly who’s listening and for how long.

“That’s something we’re working on promoting,” Cox said. “It really depends on our partners in terms of how much they push that embeddable player.”

An industry-wide development that could help Panoply’s cause is the development of a universal standard for collecting and reporting audience data. Cox says the International Advertising Bureau is close to releasing guidelines that would standardize how podcasters define and measure listenership, allowing advertisers to have more confidence in the metrics.

“We’ve been working very closely with the IAB,” Cox said. “Once that [standard] is published, we’ll be in a great position to adopt it.”

A third way Panoply is working to woo advertisers is by commissioning studies that measure “brand lift.” The goal is to prove to brands something that many insiders consider intuitive — that podcast advertisements are substantially more effective than distracting banner advertisements and other digital ads of that ilk.

“We like to think of podcast ads as the original ‘native advertising,’ and that’s what advertisers want,” Turck said. “They don’t want disruptive advertising. They want in-stream advertising. By having the host do the read, it feels very natural. It feels like part of the show.”

Meanwhile, there seems to be no shortage of companies and news outlets that are bullish on podcasting’s revenue prospects. Podcasts have taken off at established media outlets, including the Wall Street Journal, Rolling Stone, and Slate, and brands are even starting to create their own custom podcasts, such as The Message by GE Podcast Theater.

As a result, if Megaphone’s technology helps open the floodgates for new advertising revenue, Panoply might be the biggest winner — but everyone in the podcasting space will have reason to celebrate.

One response to “Will ‘Megaphone’ Open the Floodgates for Podcast Advertising?”