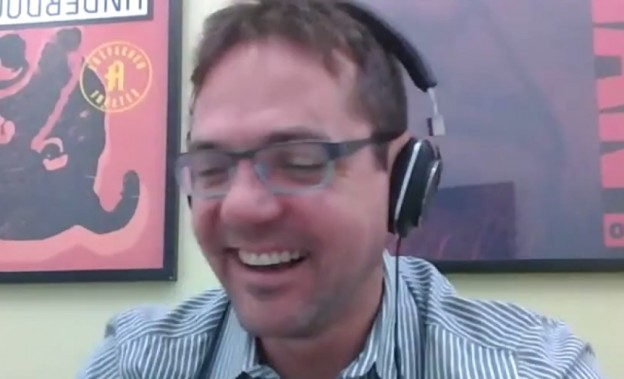 RebelMouse's Paul Berry describes why he's optimistic about the future of digital media.

What a year it was! The Donald has been hogging political headlines (and social media), while publishers have had to deal with ad-blocking in mobile, as well as new walled gardens on Snapchat and Facebook. One of the biggest stories this year was the growing importance of mobile phones for content creators. As we noted in our State of The News Media episode, many websites are now receiving more traffic from their mobile sites than desktop versions. As mobile has grown to become a priority for publications so too have platforms. We’ve discussed how many publications have created positions focused on social media, while platforms such as Facebook, Twitter and Snapchat have added native content in partnership with publishers. Apple’s big decision to allow ad-blocking on iOS 9 gave media watchers something to talk about. On the content side, on-demand media continues to trend as just about every publication started a podcast. The growth of streaming video options is making cord-cutting a more viable option. Companies such as Netflix and Hulu are upending the entertainment industry and we’re seeing those effects in the declining number of subscribers to pay TV. Plus, offerings from HBO, Sling TV and potentially ESPN could move things even faster. This week on the Mediatwits podcast we take a look at the biggest media stories of the year with special guests Paul Berry, CEO of RebelMouse; Connie Guglielmo, editor in chief at CNET; Lily Hay Newman, staff writer at Slate; and Andrew Lih of American University. MediaShift’s Mark Glaser is hosting and Jefferson Yen producing.

"Media companies have been learning how to create content worth sharing for a very long time" - Paul Berry on content marketing and ad blocking.

Mark Glaser is executive editor and publisher of MediaShift and Idea Lab. He is an award-winning writer and accidental entrepreneur, who has taken MediaShift from a one-person blog to a growing media company with events such as Collab/Space workshops and weekend hackathons; the weekly “Mediatwits” podcast; and digital training, DigitalEd, in partnership with top journalism schools. You can follow him on Twitter @mediatwit.

Paul Berry is Founder and CEO of RebelMouse – the publishing platform for distributed content. He is also an advisor to Lerer Hippeau Ventures and serves on the Digital Advisory Board of American Express. Previously, Paul was CTO of HuffingtonPost and before that, Vice President at Related Capital. He is married with 3 kids and lives in Tribeca, Manhattan. You can find him on Twitter @teamreboot.

Lily Hay Newman is a staff writer and the lead blogger for Slate’s Future Tense. She has worked at Co.Labs, Gizmodo, IEEE Spectrum, Popular Mechanics, Discover, and MetroNY. Warble with her on Twitter.

Changes to the media industry also affect advertisers. One of the reasons podcasts are proliferating at the moment is because Serial proved that a growing audience was there. They also are more attractive for advertisers than your run-of-the-mill banner ads. It’s much harder to block an ad when it’s part of the show you’re listening to. This may also be why content marketing is gaining more attention. Publications such as the New York Times, BuzzFeed and The Atlantic have created content studios that create native content that looks and feels like editorial but are sponsored by brands.

Going into next year, we’re seeing digital media continuing to mature. Following the unionization efforts of Gawker Media, the newsrooms at Vice, Salon and, now, Huffington Post have called for collective bargaining rights. Digital media companies such as BuzzFeed, Vox, and Vice are now worth billions of dollars thanks to investment from venture capital and established media companies. Whether or not those bets ultimately prove profitable remains to be seen, but do show how far digital media has come — and how much potential there is in the future.