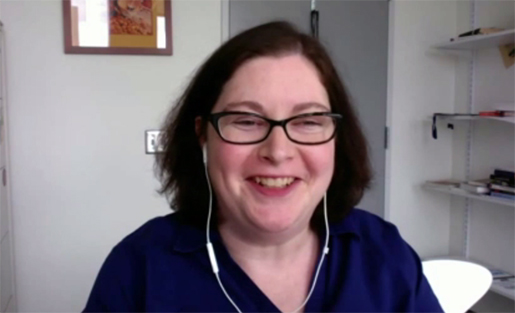 Aileen Gallagher, of the Newhouse School at Syracuse, discusses where content marketing fits into journalism courses

All this week we’ve been writing about the boom in content marketing. For those of you who don’t know, content marketing is – as the name would suggest – content, usually articles, purposely created to drive business for a company. As Simon Owens puts it, content marketing has been around for a long time before it was called content marketing. He notes the Michelin Guide was created to encourage early motorists to travel to restaurants and thus drive – pun intended – the sale of tires. But not every brand is seeking to create a cultural institution with their branded content. As Sarah Granger discovered, executives are hoping to shape the conversation around their company and personal brands by becoming “thought leaders.”

"I think the academy would collapse if there was a joint journalism/advertising class." - Aileen Gallagher on whether journalism schools should integrate content marketing into the curriculum

This is also creating an alternative pathway for young J-school graduates who can don’t want to work in PR. So why are #Brands getting into the content game? And what about the problems of branded content appearing as editorial? What are the ethical considerations? We’ll break down the ins and outs of content marketing with guests Aileen Gallagher, at Syracuse University’s Newhouse School; Sarah Granger, author of The Digital Mystique: How the Culture of Connectivity Can Empower Your Life — Online and Off; Simon Owens, tech and media journalist; and regular guest Andrew Lih at American University.

Sarah Granger is an award-winning digital media innovator and

author of The Digital Mystique: How the Culture of Connectivity Can Empower Your Life — Online and Off.

As we’ve previously discussed, the rise of social media platforms and ad blockers has companies looking for another tool to reach consumers. But as ad content creeps closer to editorial content there are risks involved. Take for instance the L.A. Times. They recently published an investigative series with Columbia’s Graduate School of Journalism on Exxon’s climate change research. At the same time, their business arm is producing a pro-oil campaign for California Resources Corporation, an oil and natural gas company.

You’ve undoubtedly seen an example of branded content even if you weren’t aware of it. According to the Content Marketing Institute, up to 77 percent of companies have engaged in some form of content marketing. They appear as sponsored posts on The Atlantic, YouTube videos “Presented by Buzzfeed & Supergirl on CBS”, or GE’s new science fiction podcast. Chances are we’re going to see a lot more of it too. According to research firm eMarkerter, $5.7 billion is expected to be spent on content marketing in 2016.