Cutting the Cord 2015: A Special Series on Streaming TV 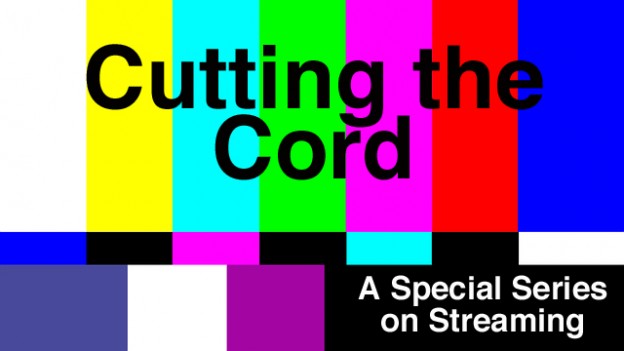 Cutting the cord to cable has gone from a fringe action to a way of life for millions of Americans that have given up on expensive cable and satellite TV packages and built their own on-demand TV experience with streaming TV. Not to mention the “cord nevers,” millennials who never bothered getting traditional pay TV packages in the first place.

And as those numbers have grown, so have a proliferation of set-top boxes, streaming “sticks” and services from Sling TV to Amazon Instant Video, with stand-along services coming soon from HBO, CBS and Apple. This is another moment in the rise of streaming, over-the-top TV services that will reshape the power of television delivery for the next decade. Could it be that the a la carte TV experience is finally coming, where we can pick and choose the sports, shows and movies we want when we want them at a reasonable price? Not quite yet, but we’re getting closer.

So we thought the time was ripe for another deeper look at cord-cutting and streaming TV to help you if you haven’t cut the cord yet, or give you insight into where we are — and where we’re going into the future of television.

>How Streaming and Binging Has Changed Our Relationship with TV, by Dena Levitz

>5 Tricks to Getting the Best Possible Reception With Your Indoor Antenna, by Steve Belk

>Your Guide to Cutting the Cord to Cable TV, by Sonia Paul

> The Line Blurs Between Web Series and TV Shows, by Julie Keck

Recent coverage around the web:

> These new streaming services may entice you to cut the cord, Fortune

> Cutting the cable cord: Will the online media boom mean the death of TV?, PBS NewsHour

> Cutting the cord: a look at the pros and cons of quitting cable, the Guardian

> Diary Of A Cord Cutter In 2015 (Part 4: Favorite Apps And Resources), TechCrunch

> This is why people cut the cord, TechCrunch

Binge Programming: How Netflix’s ‘House of Cards’ Changes the Game, by Eric Elia

I’m Mad as Hell But I Haven’t (Yet) Cut the Cord, by Dorian Benkoil

The Cord-Cutters Manifesto, by Mark Glaser

5 Theories on the Death of Cable, and Why They’re Wrong, by Seth Shapiro

4 responses to “Cutting the Cord 2015: A Special Series on Streaming TV”