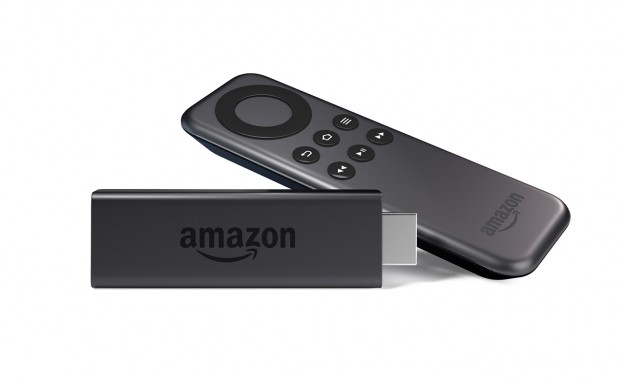 Media distribution evolves. Today only about half of us watch traditional (“linear”) TV. Tech giants Amazon and Google are both purveyors of scaled-down devices that stream video, devices that contribute to the evolution.

"My Amazon Fire TV Stick arrived a few weeks later. I plugged it in; everything worked. On two different televisions, one of them a persnickety Sony."

If you don’t already own an AppleTV or Roku and don’t want to spend a lot of money for a streaming media player, which should you buy?

Based on my research and personal experience, the answer is the Amazon Fire TV Stick ($39) rather than Google’s Chromecast ($35). Roku also ships an HDMI dongle ($50); although I didn’t test that device, I did research it. Apple is MIA in this category.

What’s under the hood?

All three dongles — the Chromecast (July 2013), the Roku Streaming Stick (March 2014), and Fire TV Stick (October 2015) — plug into your television’s HDMI slot; they need access to external power and your WiFi network. All output streaming video at 1080p.

That’s where the similarity ends, however. Google’s Chromecast and the Roku Streaming Stick are both underpowered and chintzy compared to Amazon’s Fire TV Stick:

RAM and processor are important for streaming performance as well as negotiating the visual interface. Because these players are used for streaming, raw storage isn’t a big issue. However, Amazon’s ASAP service will automatically download what it thinks you might want to watch, so you don’t have to wait for the next video to buffer. Hence the 8 GB flash memory.

In addition, the Fire TV Stick has dual-band Wi-Fi with dual-antenna (MIMO); so does the Roku. Chromecast: single all the way. Better WiFi means less risk of buffering.

The Fire TV Stick ships with a basic remote (upgrade to voice-command remote) and can also be controlled using an iOS or Android app that includes the voice-command feature.  The Roku also ships with a basic remote and has smartphone apps (iOS, Android, Windows); it also has voice search. The Chromecast can only be controlled with a mobile device through touch input.

In late March, Amazon announced that an upcoming software update will enable the Fire TV Stick to connect to WiFi that requires web authentication, like most hotels and many universities. This is a first for any streaming media device.

What can I watch?

All three devices stream HBO Go, Hulu Plus, Netflix, Pandora and YouTube. Roku has the most robust line up followed by Amazon. Google brings up the rear.

Want GooglePlay instead, even though Amazon’s library is more extensive? Pick Chromecast or Roku.

Both Amazon and Google devices will mirror content from your Android phone or tablet. However, Chromecast also mirrors content that’s inside the Chrome browser, which means you can use your iOS device. Even though it is the most expensive of the three, Roku does not mirror content.

Winner: Amazon, unless you need to mirror content from an iOS device

Set up and performance

Both Amazon and Google devices include an HDMI extension cable if access to HDMI ports is tight or you have to stretch to connect to power. Using the extender may also enhance your WiFi connection. No such adapter in the Roku box.

Before setting up Chromecast, be sure to download the app to your phone or tablet! And both devices need to be on the same WiFi network.

Per recommendations, when setting up Chromecast, I used the HDMI extender and provided USB power via wall port, not the TV. Nevertheless, the Chromecast setup was a nightmare.

First up, a firmware update.

Seeing a screen like this one isn’t totally unexpected when initializing a modern gizmo. The aggravation came from Chromecast remaining stuck at 0%. So I turned to Google.

Hmm. “Chromecast stuck on 0% update” is a common thread, according to Google. “set router’s default to google dns servers” What?!?

The irony? We already use Google DNS servers.

Would you gift this to your parents, knowing that they might encounter this problem and proposed solution? Me, neither.

Yet that wasn’t the only hiccup.

I used the hit-it-on-the-head technique (a hard reboot) to end the stall and start over. Once the device got its software update, I connected it to the wifi network (downstairs). Then it immediately went into stealth mode.

On my TV, Chromecast announced it was connected to the downstairs wifi network.

On my laptop, the Chromecast app could not see the device.

Yes, both laptop and Chromecast were on the same network. I was less than 10 feet from the TV. Hard reboot to the rescue. Again.

When I tried mirroring from within the Chrome browser, that failed, too.

That’s when I threw in the towel. I’d been at it for two hours.

My Amazon Fire TV Stick arrived a few weeks later. I plugged it in; everything just worked. On two different televisions, one of them a persnickety Sony.

Note: I did not test the Roku Streaming Stick.

A word about the Amazon interface

The Amazon Fire TV Stick has an elegant and easy-to-use interface. Navigating is fast, too.

Categories (Prime video, movies, TV, Prime music, etc.) are on the left. Search is category-specific. Because the device is connected to your Amazon account, even if what you want to watch isn’t part of Prime Instant Video, it’s straightforward (in an Apple-kinda-way) to search-click-pay-play.

Netflix setup (it’s under Apps) was also straightforward. As with our AppleTV, the Netflix interface is better than that built into our set box (once Frontier, now Dish). And a hundred times better than the one built into the Sony.

Oh! Want to share your photos on the TV? Get yourself a Prime account, which features Amazon Cloud Drive.

The market is set to explode. Two years from now, 2-in-5 homes are expected to have at least one streaming video player, according to the NPD group. Apple and Roku have an early-to-market advantage in install base. Although its streaming devices haven’t been on the market as long as the Google Chromecast, Amazon has been in the consumer hardware business longer than Google, having released the first Kindle in 2007. The Amazon Fire TV Stick looks and acts like a mainstream product and is a well-positioned contender on both price and performance.

The fact that Google’s Chromecast comes in last here, in both features and setup, is a not-so-subtle reminder of the difficulty in transitioning from an engineering company to a consumer products company. The surprise is that Roku, a consumer products company from the get-go, does so poorly in the cost-benefit analysis. It could be that Roku management is concerned about the dongle eating into sales of the company’s flagship product. That might also explain Apple’s absence from this market segment, or it could be that Apple is focused on updating its three-year-old box and launching a web-based TV service.

Kathy Gill has been online since the early 1990s, having discovered CompuServe before Marc Andreessen launched Mosaic at the University of Illinois in 1993. In 1995, she built and ran one of the first political candidate websites in Washington state. Gill then rode the dot-com boom as a communication consultant who could speak web, until the crash. In 2001, she began her fourth career as an academic. At the University of Washington, she has taught undergraduate digital journalism as well as classes in the Master of Communication in Digital Media program. She now teaches blogging and web design. For almost five years, she covered politics for About.com; for three years, she covered agriculture.