The Line Blurs Between Web Series and TV Shows 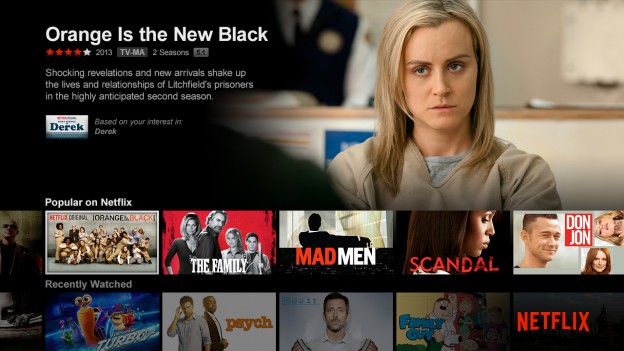 Sit down. It’s time we had the talk. It’s a little embarrassing for both of us, so I’m just going to say it: you’ve been watching web series.

It’s a little embarrassing for both of us, so I’m just going to say it: you’ve been watching web series.

I know, I know, that sounds impossible, but hear me out. Those episodes of “The Unbreakable Kimmy Schmidt” you binge watched last weekend? Web series. “House of Cards?” Web series. “Orange is the New Black” (third season coming in June, but who’s keeping track)? You guessed it: web series.

All of these shows, as well as “Transparent,” “Alpha Dogs” (shut up, it wasn’t that bad), “Marco Polo,” and others, were produced for web-based distribution. They skipped a broadcast network or cable home base and went straight to streaming country.

So…made for the web + distributed on the web = web series. Right?

Not everyone has such a broad view of web series as I do, and that’s understandable. Most people call series produced by the major network and cable channels “TV shows” and call that bundle of episodes of “Broad City” that were up on YouTube before Amy Poehler got involved a “web series.” But what does it mean that “Broad City” is now a TV show?

The cast of Broad City. Courtesy of Comedy Central.

James Rawson of the Guardian said last fall that web series are dying because of competition from heavy weights like House of Cards, but it might actually be TV that needs the life support: television viewing has been steadily declining (drastically among 12 – 24 year-olds), and 40 percent of homes use on-demand services of some sort. So you know what’s dying? The television series. It won’t vanish today, and it won’t vanish next week … but it’s definitely eyeing its third act. And it was “cable TV” that started digging regular TV’s grave.

Cable: The First Nail in the Coffin

Back when cable was new (shut it…yes, I’m that old), people called cable shows “cable shows.” And there weren’t that many shows at first. In fact, I remember there being a lot of the same four or five movies, over and over, and a few music videos, most of them featuring Peter Cetera (look him up, millennials.) My parents didn’t have cable (remind me to talk about this with my therapist next week), but my grandparents did, and on one family trip to Hawaii, I watched “Star Trek III: The Search for Spock,” “Purple Rain,” and the Sheena Easton music video for “Strut” on a continuous loop. And it was glorious.

Eventually, original shows like “The Sopranos” came around. It was a big deal, and it was exciting, partly because of what cable shows came to mean. In short, “cable” meant boobs. It meant dirty words. And then more boobs. Of course, cable still means boobs (and once in a while it means man bits, thanks to the Duplass brothers’ ‘balls equality’ policy), but it also came to mean the serial killer next door, angst-y funeral home directors, suburban mom weed dealers, adorable CIA agents always on the edge of tears, authors who look like David Duchovny, hot bayou vampires, and philosopher policemen with Southern accents. Cable is where much of the great “television” is being written and produced now.

“Looking,” a show about a group of gay guy friends in San Francisco, just ended its second season on HBO but failed to get picked up for a third. The polite reason given for dropping “Looking” is that it “wasn’t garnering the numbers.” This is one of the struggles of minority stories told on a platform for the majority.

Alternative networks like Amazon and Netflix don’t have to worry about that as much. As subscriber-based platforms, it’s to their benefit to tell stories that attract audiences not being served by mainstream entertainment.

Amazon’s “Transparent“ is about a man transitioning into a woman with the support (lousy as it may be) of his family; “House of Cards” on Netflix has a bisexual president; “High Maintenance” on Vimeo is about a pot dealer (and the customers he encounters are way more interesting than the patients who pop up each week on “ER” … er, “Grey’s Anatomy.”) None of these shows would survive for a second on cable, let alone broadcast TV, but they work on the alternate networks because those networks aren’t relying on week to week numbers: they typically release all of the episodes of a show each season in one big lump for their subscribers. And if they can cater to niche audiences, giving everyone a piece of what they want while collecting monthly subscribers in the process, they win.

And it’s not just the bigger alternative networks who are winning with niche.

Amy York Rubin made “Little Horribles,” her series about a young lesbian navigating her twenties (and dating and her family and snacking), because she wanted to have complete creative control over something.

“It wasn’t until I made about six episodes and put them online and started seeing people’s response to it that I thought about anything beyond my own personal satisfaction in making them,” York Rubin said. She gained a loyal audience and a lot of attention with her clever series and has recently parlayed her success into a new IFC original web series featuring SNL cast members. That’s nothing to sneeze at.

Networks like Black & Sexy TV and tello films (disclaimer: I work for tello) have been consistently producing new content for niche audiences for years. Black & Sexy…well, their audience is defined by their name, and tello creates shows for a sorely underserved queer female audience. Both companies have found a way to fund future work through viewer subscriptions.

Black & Sexy TV, which had distributed original series like “Hello,” “Cupid,” and “The Couple” for free on YouTube for years, recently started a subscription service via the distribution platform VHX. According to Black & Sexy TV’s Numa Perrier, their target audience was “begging to give us money.” Their breakneck production speed and relentless engagement of their viewers on social media garnered Black & Sexy TV a development deal with HBO, but that doesn’t mean they’ve changed course. According to Perrier, “HBO was never our only goal. We were never pitching to HBO; we were never pitching to anybody. We were just creating content for our audience.”

tello, on the other hand, has not only produced and/or distributed 18 original series in the past four years: they’ve paid out over $100k in residuals to its producers, all queer women. No ads. No sponsors. Not too shabby for a web-based production company run (and primarily watched) by chicks. While everyone else is wondering where all of the female filmmakers and writers are, tello continues churning out new content by, for, and about queer women: we go back into production on our next series, a dance show set in Chicago, in May.

Broadcast TV serves the masses. Its goal is to entertain without offending, to distract without impacting. Cable caters to the slightly more adventurous, the voyeurs and the parents able to stay up past the kids’ bedtime. Alternative networks like Black & Sexy TV, tello, Open TV, and others, give people who want to tell different stories (and the people who want to watch them) a chance to find each other.

Is the web series dying? Nope. But I agree that it’s time to find some new lingo. The term “web series” is off-putting and carries some Web 1.0 baggage. I vote for the phrase “original series.”

“Perhaps the term ‘web series’ is dead… fine,” York Rubin said. “But I don’t refer to my jeans as slacks either. It doesn’t mean that I don’t wear pants.”