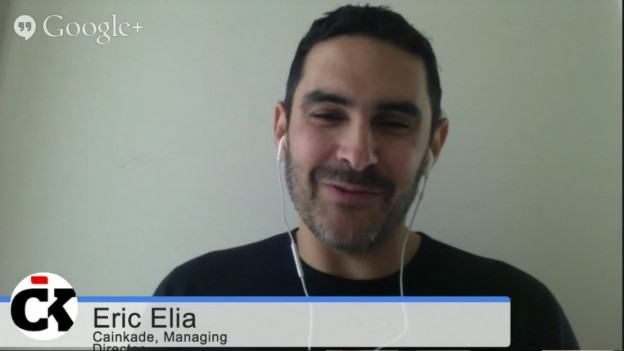 Cainkade's Eric Elia explains why your local sports team might also be one of the reasons why your cable bill is so high.

As cable bills have soared, people have been considering how to cut the cord without losing access to the shows and sports programming they love. These days more and more people are opting out. Since 2011, the number of millennials on cable has dropped 20 percent. But it’s not just millennials; 125,000 people unsubscribed in 2014, up from 95,000 in 2013. You can now watch streams from Google’s Chromecast, Amazon’s Fire, Roku or Apple TV. Services such as Netflix, Hulu and Amazon Instant Video have back catalogs of your favorite shows and even their own original programming. You can even stream through your game console.

"You may blame your cable company [for high bills] but you might also [blame] the All-Star your local team just signed." - Eric Elia

Prior to the Xbox One’s launch, Microsoft was positioning the device as a media center. Sony’s no stranger to streaming video. It bought Crackle in 2006, and just unveiled a new service last month called Vue that lets you watch live television. We’ll talk about the growing options for streaming TV on this week’s podcast with special guests Eric Elia, managing director at Cainkade; Kathy Gill, professor of digital media at the University of Washington; and Gerry Smith, media reporter at Bloomberg. PBS MediaShift’s Mark Glaser will host and Jefferson Yen will be producing.

Kathy Gill has been online since the early 1990s, having discovered CompuServe before Marc Andreessen launched Mosaic at the University of Illinois in 1993. In 2001, she began her fourth career as an academic. At the University of Washington, she has taught undergraduate digital journalism as well as classes in the Master of Communication in Digital Media program. She now teaches blogging and web design.

Gerry Smith is a media reporter at Bloomberg News. He has also been a technology reporter at the Huffington Post and a metro reporter at the Chicago Tribune. In 2013, his four-part series on the stolen smartphone trade won honorable mention from the Barlett and Steele Awards for Investigative Business Journalism. He is a graduate of the Medill School of Journalism and lives in Park Slope, Brooklyn.

For most people, cutting the cord is really about shaving away all the excess channels and getting as close to an a la carte experience as possible. As it stands now there is no perfect service to replace your cable box. And things can get complicated when you try to piece together your own bundle. Let’s say you wanted to watch the premiere of “Game of Thrones,” Season 5, on Sunday. You would have to buy the new HBO Now service for $15 per month, and can stream via the app on iOS devices or through Apple TV. But if you want to watch it anywhere else you’ll need to access it through the HBO Now website — or through a premium cable subscription.

Many people choose to buy a streaming stick when they drop their cable subscriptions. The Chromecast, Fire, Apple TV and Roku will give you access to Netflix and Hulu – though you’ll have to pay for those separately. Amazon’s Fire is the only one that lets you access Amazon Instant Video. You’ll be able to surf the web but it’s probably easiest on Google’s Chromecast. You’ll have limited access to streaming live television on all three. Check out Kathy Gill’s guide to streaming sticks if you want more detailed advice on how to switch from cable to streaming.

If you wanted a simpler transition, Sling TV or Sony’s Vue offer comparable experiences to cable. Sony’s Vue is most like a cable subscription, with 55 different channels including live local television from CBS, NBC and Fox (ABC is missing). It is also the most expensive option with the basic plan starting at $50 a month. You’ll have to own a Playstation 3 or 4 and it’s only available to customers in New York, Chicago and Philadelphia. Dish Network’s Sling TV’s basic plan starts at $20 a month but offers 21 channels to start compared to Vue’s 55. It’s supported on a wide variety of platforms including iOS, Android, XBox One, Windows and OSX. But you’ll need to buy either an Amazon Fire or Roku to stream to your TV.

Are streaming options getting easier for the consumer or more complicated? Why is it so complicated for one service to get everything? Will major cable players like Comcast start streaming services at some point?

One response to “Mediatwits #155: Cord-Cutting Gets Real as Streaming TV Options Mushroom”