Yaron Galai is Co-Founder and Chief Executive Officer at Outbrain. Prior to founding Outbrain, Mr. Galai was Co-Founder, SVP of Quigo, Inc., a provider of performance-based marketing solutions for advertisers and premium publishers. He previously served as the CEO of the company for three years. Quigo was acquired by AOL in December 2007. Previously, Mr. Galai was Co-Founder & VP Business Development at Ad4ever, a developer of rich-media advertising technologies for the web which was later acquired by Atlas (a division of aQuantive). Earlier, he was the Founder of NetWorks Web Design - an SEO and web design firm. At NetWorks he oversaw the production and search engine optimization of over 30 websites. Mr. Galai studied industrial design at the Holon Technological Institute, and is a Major (reserve) officer in the Israel Navy. 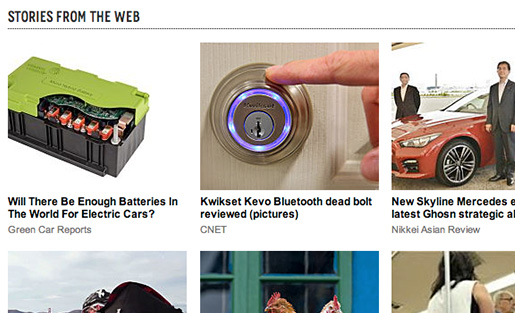 You Are What You Recommend: Publishers Must Be Vigilant with ‘Related Links’ Revenue