Demystifying Media: Five Lessons in Trust and the Media 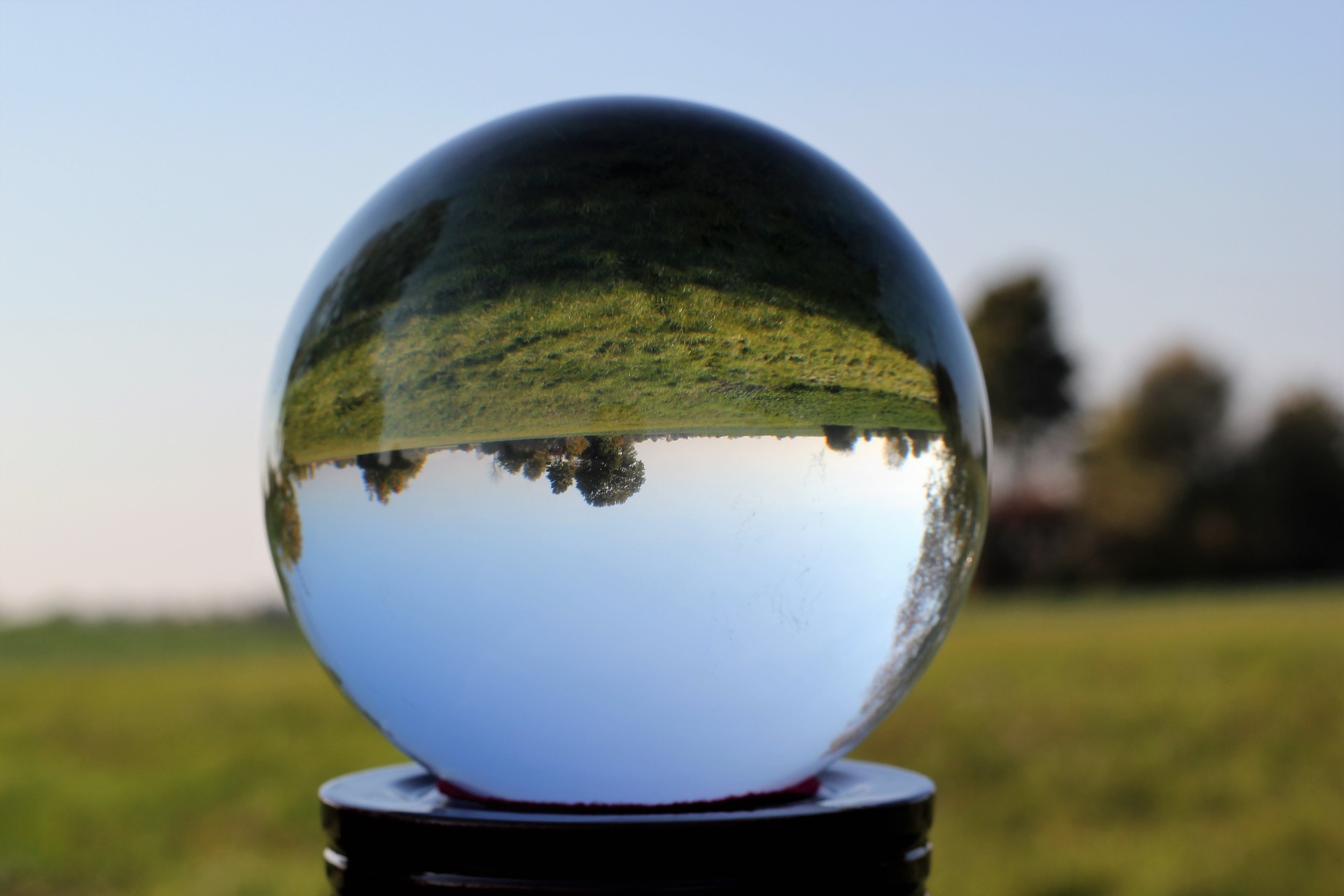 Each academic term, the University of Oregon invites guest speakers from the academic and media industry to participate in the “Demystifying Media” program. The series aims to challenge faculty and staff by introducing them to the latest thinking in media research and practice. Coverage of the lectures is provided through a partnership with the University of Oregon.

Over the past six months, some of the brightest minds in media have visited the University of Oregon School of Journalism and Communication to discuss issues ranging from flaws in mobile design, the challenges of data journalism, as well as the role of small town newspapers, and how citizens of the Arabian Gulf are embracing social media. Despite these varied subject areas, all five talks had a core thread running through them: trust.

This matters, given the that trust in the news is minimal. A Gallup poll last fall revealed that only 32 percent of the American public trust the mass media. That’s the lowest level of trust recorded in Gallup’s polling history, and the revelation set off a “familiar harmony of fear and self-loathing,” David Uberti observed in the Columbia Journalism Review.

Participants at the University of Oregon’s Demystifying Media series weren’t asked to address this issue head-on. But, interestingly, it emerged organically as a theme in each talk. There’s no simple solution to restoring trust. Different actors will all have to play a role in making that happen. In talking about what works, and what doesn’t, in terms of building audience trust across different realms of the media industry, speakers helped “demystify” many key areas of concern, and offered some potential ways forward.

1) Design can make it difficult to discern fact from fiction:

Stacy-Marie Ishmael, a former managing editor of mobile news at BuzzFeed, and recent Knight Fellow at Stanford University, told University of Oregon students that one factor in the decline of trust in news outlets is the “flattening” of design.

Because nearly every website uses the same card-based design scheme, it’s very easy for “fake news” advertorial sites to mimic that model, tricking readers into thinking these sites are proponents of “facts”, when their sole purpose is to draw readers in with salacious headlines and profit from their clicks.

“Chum boxes” filled with fake-news advertisements – or links to poorly written sites dominated by clickbait driven headlines – can be seen everywhere from The Guardian, to The Washington Post and Bloomberg, Ishmael points out. They bring in advertising revenue, to these traditional, trusted, publishers, but Ishmael thinks outlets should ask themselves if it’s really worth the cost.

“When you do that, when you accept (chum boxes), you set yourself up for being perceived as potentially less credible in an environment in which we already have low levels of trust,” she said. “It’s a super no win situation.”

Eye-catching interactive packages and the coders-turned-journalists who create them, were once hailed as the saving grace for journalism, said Nikki Usher, an assistant professor at George Washington University. But, they’re not a silver bullet.

Usher recognizes the importance of this type of journalism. Interactive pieces like The Guardian’s in-depth exploration of the NSA and a BBC interactive which shows readers their weight on the global fat scale, can attract a lot of views, and entice non-traditional news readers to these sites. However, Usher argues that this type of journalism can sometimes exacerbate trust issues, by oversimplifying complex and nuanced subjects.

She points to electoral maps colored in comforting shades of red and blue during the 2016 election, as an example of misleading visualizations which were interpreted by many audiences without the necessary nuances or caveats.

It’s time to move beyond the idea that data work, and cool interactives, can save the news industry, she says.

C.W. Anderson, a media researcher and professor, also discussed the importance of data journalism, offering a different perspective on this burgeoning practice. Anderson thinks data reporting has made journalism “more accurate, more quantitative and more expository” than ever before.

But that doesn’t seem to matter to a large part of the American public.

That’s because about half of Americans don’t trust what they’re seeing. In studying the history and spread of data reporting, Anderson has pinpointed a few reasons for this lack of trust. The first, he says, is that data reporting has become isolated at “elite” media outlets, like The New York Times and new outlets like Nate Silver’s FiveThirtyEight.

These outlets, branded “the liberal media” by disparaging politicians, find that half of the American public discredits their data journalism on a partisan basis, Anderson contends, regardless of how good it might be.

This paradox that Anderson describes – that really good journalism doesn’t necessarily improve the standing – and trust – ni journalism with certain audiences, might be the biggest issue facing the news industry today.

4) Local journalists are the frontline for combating this:

University of Virginia professor Christopher Ali, and the co-author of this piece, University of Oregon’s Damian Radcliffe, recently interviewed and surveyed over 400 local newspaper journalists at titles with fewer than 50,000 readers.

Although they found plenty of challenges, the nonetheless found employes at smaller newspapers were more optimistic about their future than might be expected.

Smaller outlets are – by their nature – typically highly engaged with their local audience, and many of them are experimenting with digital.

As well as producing print and digital content, they are also directly engaging with local communities, through their reporting and other opportunities – such as events, open editorial meetings and other roundtables – which encourage face-to-face interaction. It’s an activity, Ali and Radcliffe believe, which can help rebuild trust and may be even drive revenue.

“When we look at the experiences of the papers individually, they’re not reflective of this master narrative of ‘your medium is dying,” Ali said. “It is time to rewrite the story of local newspapers.”

Though scientist and Facebook User Experience researcher Dr. Sarah Vieweg studies social media in the Arab Gulf, her work nevertheless highlights the importance of understanding culture in building trust and relationships with users.

Vieweg spent years in the Arab Gulf, examining interactions between the majority Sunni muslim population and popular social media apps. She discovered that platforms like Snapchat, Instagram – and to a lesser extent Facebook – were widely adopted and used.

However, users were plagued by concerns about whether to trust these platforms, given the need for these networks touphold cultural requirements for privacy.

According to religious and cultural standards in the region, women are expected to dress in modest clothing and many Arab nationals have limited interactions with people outside of their immediate family, or gender. Breaking those customs can have major implications on a woman’s whole family.

“Social Media, for the most part … is theorized and defined in American and Western European perspectives,” Vieweg argues. “These perspectives don’t really translate well in a way that allows for something like privacy or modesty or honor, which are so critical from a Gulf Arab perspective, to be fully acknowledged or understood.”

To address this,some social media users make the platforms work for them, by implementing multiple levels of security, or creating multiple accounts to hide their faces or names from different social circles.

However, these workarounds don’t always work. Vieweg told the story of one man, who told her he quit Facebook for six months after the outlet changed their privacy settings unexpectedly, and his male friends saw a photo of his sister with her hair uncovered.

Facebook has a vested interest in addressing these cultural considerations, Vieweg said. Both to further their goal of “making the world more open and connected,” and to retain their audience base.

Those goals – driven by the need to understand and respect your audience – that might easily translate to bridging the news media’s partisan divide in the U.S. To rebuild trust perhaps we need to better understand the factors that have gnawed away at it first?

Sami Edge is a former University of Oregon journalism student,
currently reporting and working on digital storytelling at The Santa Fe New Mexican.