Mediatwits #159: The NewFronts Go Legit, But Will Advertisers Buy In? 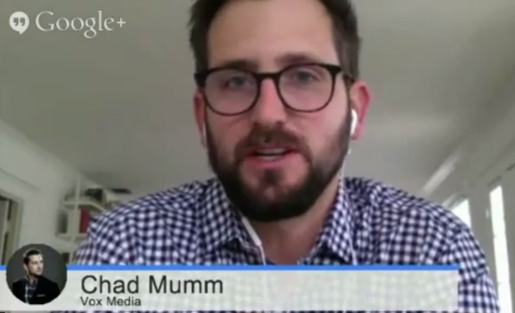 The NewFronts are the digital publishing world’s answer to the Upfronts. If you aren’t familiar with the Newfronts, they are an opportunity for publishers to pitch advertisers on the value of their audience and tech platform. In the past, they were treated as somewhat of a sideshow, but this year they threatened to outshine the main event, with more than 30 publishers including the New York Times, Buzzfeed and Vox Media presenting — that’s 50% more than last year. And there was some news made at this year’s sessions. Yahoo announced that it’ll be adding 18 digital video series with big names such as Katie Couric, Naomi Campbell, and Michelle Rodriguez. Vox Media is also expanding its video section with new web series, including a new explainer video series called “Vox Pop.” Not to be outdone, Vice CEO Shane Smith announced the website would be producing 20 new series. Plus, BuzzFeed announced a complex technology called Pound to help gauge how stories spread online. We’ll take apart the NewFronts on this week’s episode of the Mediatwits with guests  Amy Gesenhues, reporter at Marketing Land; Jason Kint, CEO of Digital Content Next; Chad Mumm, creative director at Vox Media; and Michael Sebastian, media reporter for Ad Age. Mark Glaser will host and Jefferson Yen will be producing.

"From a press standpoint [NewFronts] are stealing some of the spotlight but it's not about transactions, yet" - Jason Kint

Amy Gesenhues is Third Door Media’s General Assignment Reporter, covering the latest news and updates for Marketing Land and Search Engine Land. From 2009 to 2012, she was an award-winning syndicated columnist for a number of daily newspapers from New York to Texas. Since joining Third Door Media’s editorial staff in March 2013, Amy’s focus has included a majority of Marketing Land’s video advertising coverage, as well as interviews with CMOs and top marketing executives with the world’s leading brands.

Jason Kint is CEO of Digital Content Next, the only trade association to exclusively serve the unique and diverse needs of high-quality digital content companies that manage trusted, direct relationships with consumers and marketers. Jason is focused on guiding the organizations’ diverse and powerful group of members — from established media brands such as The New York Times, NBC, Conde Nast and ESPN, to digital natives, such as Vox, Slate and Business Insider — into the future and on setting the agenda for discussions on issues ranging from net neutrality to revenue innovation to privacy.

Getting the attention of ad buyers doesn’t come cheap. You had to pay the Interactive Advertising Bureau $25,000 if you wanted to present in the first week this year. That’s after you get approved by IAB and the NewFronts’ founding partners Yahoo, Google and AOL among others. But it’s all worth it if you can secure an ad buy, right? If. The key phrase there is if. You don’t have to dig hard to find people dubious of the NewFront sessions. One anonymous buyer told the Wall Street Journal’s Mike Shields that it was “the most overhyped week of the year.” Irwin Gotlieb, chairman of GroupM, the media investment company, said it might be more useful if companies sent just “a few people to talk about it” instead of having a huge party.

If you want to get technical about it — and we do — the difference between the Upfronts and the NewFronts is really the difference between legacy media and digital media. The Upfronts exist because there is a finite amount of time that advertisers have to work with if they wanted to buy ad space. this is not the case what digital media. Advertisers won’t get shut out if they buy in advance. But when there’s seemingly unlimited space in digital, what’s the hurry? But this year, the lines blurred between NewFronts and Upfronts, as there was even a podcasting presentation during the Upfronts.

How much do these dog-and-pony shows matter? Will advertisers really pay for digital up front? And how can audiences support so many new video series?