The Debate on Drones: Navigation for Journalists 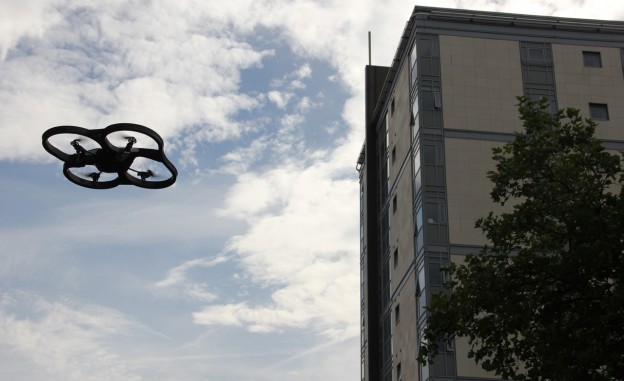 Journalism needs to get “a seat at the table so that free press rights and free speech rights are part of the conversation” in evolving drone legislation, Matthew Waite, founder of the Drone Journalism Lab, recently told the World Editors Forum.

Waite, professor of practice in the journalism program at the University of Nebraska-Lincoln, says it’s up to journalism as an industry to put press freedom on the agenda of developing global drone laws.

"The diverse level of restriction and the constant change in regulations by various civil aviation authorities make it difficult to grasp the global legal landscape of drone use."

The diverse level of restriction and the constant change in regulations by various civil aviation authorities make it difficult to grasp the global legal landscape of drone use. Last month, South Africa totally banned Unmanned Aerial Vehicles (UAVs), or drones, and the U.S. Federal Aviation Administration is currently reviewing its policies. The FAA has banned virtually all commercial drone deployment.

But while drone journalism has stalled in some newsrooms globally, others are still riding the wave without restrictions.

Sithikorn Wongwudthianun, photo producer and in-house UAV pilot for The Bangkok Post, captured breathtaking images of Bangkok during political protests in 2013 using a drone. He learned to operate his UAV in a football field next to the office, and he is still using drones to capture footage even in the midst of coup-driven martial law.

Crowds gather during a 2013 political protest in which The Bangkok Post used a drone. Photo by Sithikorn Wongwudthianun.

He says learning how to operate a UAV is easier than playing PlayStation 3. “You have to fire to the enemy, you have to avoid the missiles and you have to win the game … that’s more difficult than the UAV itself. So, thanks, Sony.”

But this kind of liberal experimentation has been a significant factor in the rise of heavy-handed restrictions in many countries, according to Waite.

“At least so far, no one has gotten hurt. No one has done anything spectacularly stupid,” he says, but it will only take one irresponsible drone accident to “to really hurt our chances of using these devices.”

This sentiment was echoed by South African digital journalist and media strategist Justin Arenstein at the World Editors Forum Conference in Turin last month, who compared experimental drone journalists to cowboys — without laws and limits.

Before the big decisions are made by legislative bodies, Arenstein believes journalists need to initiate collaboration with governments using a “strategic and tactical” approach to gaining fair drone regulation. He says this can be achieved by working to show the benefits such technology offers public-interest journalism.

Collaborations between journalists and researchers

In the U.S., a new collaboration between CNN and the Georgia Tech Research Institute was announced last month. They are pushing forward with drone journalism research in an attempt to accelerate appropriate regulation in response to current laws that severely restrict drone usage for commercial purposes, including news gathering.

Mike Heiges, principal research engineer at Georgia Tech, told the World Editors Forum that combining CNN’s expertise in broadcast journalism technology and Georgia Tech’s research in systems integration and UAV operations, they hope to “investigate technologies, operating procedures, and crew skill requirements that will enable the safe and effective use of UAVs for news coverage.” The findings of the study will be shared with the FAA with the goal of accelerating fair law making on drone use.

Collaboration between journalists, technology specialists, data collectors and scientists has also been recommended in a recent report from the Tow Center for Digital Journalism called “Sensors and Journalism” in order to more responsibly use data collected by sensors, including drones.

“If newsrooms are interested in data journalism [and] are increasingly hungry for new and original data to explain society or the environment … it’s going to take different ways of thinking, different ways of hiring [and] different kinds of collaborators [on] stories and [in] newsrooms,” he says.

In the U.S. at least, Waite believes the laws will be initially highly restrictive but that “as time goes by and safety data accumulates and best practices come about, they’ll slowly release more freedom and open the skies up a little bit more.”

Sydney Pead is a student of Journalism and International Studies at the University of Wollongong, Australia. She has a special interest in global communications and Spanish language and culture. Sydney is an intern with the World Editors Forum where this post originally appeared. The World Editors Forum is a branch of the World Association of Newspapers and News Publishers (WAN-IFRA) in Paris.

One response to “The Debate on Drones: Navigation for Journalists”