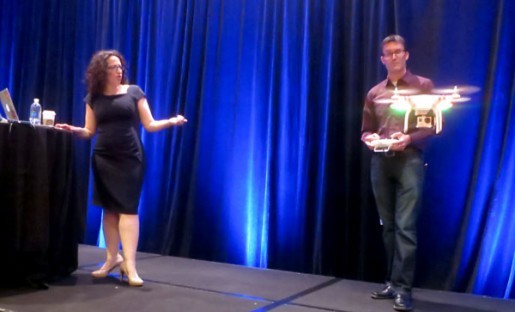 Last year, I predicted content would be king in 2013. And, though some may argue over the quality of some of what passed for content, especially in the “content marketing” or “native advertising” realms, that was largely the case.

"Media has become data and data are the new media.” -Porter Bibb

This year, 2014, in the business of digital media, trends that have already foreshadowed will continue: more video, more data (and much that comes with it), media made to accommodate new technology, and things (real-world objects) as media.

With billions of dollars flowing into video advertising over web- and app-enabled screens, it’s no wonder publishers are trying to produce more video content.

Facebook made a play for those dollars by introducing video ads in its social stream, and has already jumped to No. 2 behind Google in video ad sales, according to eMarketer.

YouTube is renewing contracts with popular channels to get more “brand-safe” quality video on the platform and, a Google executive told me, is soon to open a studio in New York which, like its West Coast counterparts, will be free to use for channel producers.

AOL, Yahoo and major traditional publishers such as Conde Nast, the Washington Post, the New York Times and many others have continued to beef up video production even, in some cases, as they lay off traditional staff.

“Discovery (Networks) recently made a significant investment in original programming on the web,” said Megan Cunningham, founder and CEO of Magnet Media, speaking at a recent media breakfast in New York hosted by Gotham Media. “It’s opened up the marketplace for new voices, and I think that’s super exciting.”

Meanwhile, publishing executives from major media companies complain that as much video as they put up, they are still sold out. (Translation: They can’t get enough views to justify the amount they’re charging advertisers in aggregate.)

Many are using “audience extension” technologies to reach their communities — or people who match the same profile — even when they’re not on the publishers’ own websites or platforms.

I also wonder if in 2014 we’ll see more than conjecture over whether Amazon and even Netflix will heed the pull of all those advertising dollars, and start to show ads in their on-demand streaming video.

It can’t be a coincidence that their original shows such as “Beta House” and “House of Cards” come in a few minutes shy of 30 and 60 minutes per episode.

My friend and colleague Amy Webb predicted at last fall’s Online News Association Conference that in 2014, “everybody will realize there is too much video” on the web, and that personalization technologies will help us sort and sift through it all.

I do agree there will be a shakeout and that for a major portion of the video landscape, ad prices will decrease -— similar to what happened for text-based web pages years ago, as ad networks took firm hold.

These days you can’t go to a media or marketing conference without hearing the importance of data, tracking and automation.

Even if we see the cookie wane, tracking won’t, as it extends not only to more location data from mobile devices, but from cameras watching you as you watch and interact.

Some gaming consoles and smart TVs not only can log what programs are being watched, but also track users via cameras, discerning details such as gender and relative age, in hopes of passing that info on to advertisers.

Netflix not only gathers data on what media a particular consumer is watching, but also places tracking cookies that Netflix and third-party advertisers use to track them, even on non-Netflix sites, according to a marketing executive at another breakfast I attended.

Programmatic advertising — which runs on the sifting and exchange of multiple data points in fractions of a second over billions of advertising placements every month — is going to grow in importance, because it offers advertisers a higher level of confidence that their ads are reaching intended communities by using tracking methodologies to reveal as much information as possible about them.

“Media has become data and data are the new media,” media and technology investor Porter Bibb said at the Gotham Media breakfast. “Companies like Tableau and RocketFuel are rapidly changing the accountability and efficiency of media buying by zeroing in on the target customers that advertisers want.”

Media companies for years have used data to help determine what of their media to highlight on home and portal pages, or even what to produce. Yet, much of the data media companies collect goes largely unused. Now, they’re trying to learn how.

Following larger publishers such as Time Inc. and McGraw-Hill, even smaller B2B media companies such as Penton are joining the ad-tech firms in hiring people with skills in handling large data sets.

Digital native media company Mashable uses its own prediction technology in order to produce content that will capture an upcoming wave of interest.

Simply giving some structure on what’s being collected can mean gold for a media company, even if it doesn’t have the sophistication of a Netflix or Amazon algorithm.

This year, I believe, we’ll see stronger forays into what I’ll call programmatic content, akin to programmatic advertising. Instead of ads being served based on a user’s habits and demographic profile, it’ll be articles and videos.

One major financial publishing company executive told me they are experimenting with allowing different content to be served on portal pages based on what the system can tell of an individual’s preferences, and said one of their competitors was experimenting with similar techniques.

Media for Wearable Devices such as Google Glass

Wired has already proclaimed that wearable tech will be as big as smartphones so it stands to reason that we’ll see media produced specially for the iconic wearable media device, Google Glass.

Imagine watching a video through your glasses about a gangland shooting that happened at the corner you’re looking at in Chicago, or scenes of movies that have been shot near the buildings you’re passing in L.A., even the musings of a writer you’re talking to.

The rise of 3-D printers means that makers of real-world stuff will start to confront intellectual property in the way media executives have for years.

Do you like that salad spoon on my dinner table? Take a few pictures and “manufacture” one at home.

“How does copyright law apply?” Chris Anderson, former editor at Wired and author of “Makers, The New Industrial Revolution,” said on a recent episode of “On the Media.” “What element of this coffee cup is creative and what elements are covered by their intellectual property law like patent or trademark, or not covered at all?”

Or to put it more poetically: “Like water, the essential nature of property must essentially conform to the vessel it’s in,” OTM co-host Brooke Gladstone said. “The only certainty is that in such a fluid situation, property will not mean what it means today.”

Here are a few more possibilities, just for fun: