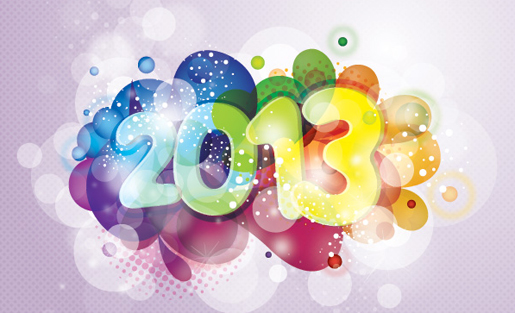 The author predicts 2013 will be a year of quality content online, more video and the continued move toward mobile consumption

Once again, ‘tis the season for look-aheads. In that spirit, here are my digital media predictions for 2013.

“Experts” once told us that quality had been killed by the need for efficiency and scaling, and that editorial operations would thrive on user- or even machine-generated-content.

It's almost a step back to the past, when sponsors like Texaco had singing servicemen to kick off Milton Berle and other hit TV shows, and the sponsor message was also part of the entertainment or information."
ADVERTISEMENT
Click here to read the entire series

Now, I see the pendulum swinging back, with media and even tech companies hiring more journalists or “content creators,” and having them create original material to attract people to their websites, apps and mobile pages.

BuzzFeed, which cut its teeth on quick-hit viral images, has been producing serious political journalism. Gawker has moved into longer-form analytical writing. Tumblr, Facebook, Flipboard and other aggregators have been hiring experienced editorial managers who know how to create and present stories.

On the marketing side, media companies like Forbes, The Atlantic’s Quartz (see image below), as well as Gawker and BuzzFeed, have been offering advertorial content to sponsors placed within the editorial stream.

Those sponsors, often major consumer-facing companies like Best Buy, Remington, Starbucks or Walmart, are employing “content strategists” to help create winning arrays of words, images and video, wrapped with social media, to attract traffic, start conversations, and impart a glow to the brand.

It’s almost a step back to the past, when sponsors like Texaco had singing servicemen to kick off Milton Berle and other hit TV shows, and the sponsor message was also part of the entertainment or information.

Web-based video consumption is fast-rising, as access to high-speed bandwidth increases — 76 percent in the U.S. alone since last year — and people use more powerful mobile devices.

Major purveyors such as Amazon, Netflix and Hulu have brought more content to the Web and, as they compete to cut pricey content deals, are also starting to delve into their own original programming.

Major advertisers also love video, and have been putting more money into it on the Web. Think of it: While a Web banner makes an “impression” (pun intended), a Web video cannot be ignored, if you have to watch it before you get to your show.

Spending on Advertising, Predicted by Forrester Research (via SpotXChange)

As the dollars move, more content gets created to capture those dollars. YouTube — the cradle of user-generated video — and portals like AOL, Yahoo, and Microsoft are investing hundreds of millions of dollars to hire skilled producers, directors and stars who can create original programming that will snare more viewers for longer periods and get them to watch those ads.

Corollary 2: The Rise of Mobile

Internet analyst Mary Meeker has been pointing out that more than 10 percent of Internet content consumption is now on mobile devices, but only 1 percent of advertising dollars is spent there. History has shown that as eyeballs and attention move, so do dollars.

Which means that the era of mobile — predicted every year for at least the last five — is finally upon us. There are now enough powerful smartphones connected to enough bandwidth in enough places that people are finally using them as true media devices.

One of the big hindrances so far has been a dearth of good advertising formats that are both effective and not extremely annoying. The IAB has been devising mobile advertising standards that will help spur growth. And I believe that much financial opportunity means new ad formats will come, and content along with it.

The Rise of “In-Stream” Advertising

With the rise of mobile, which means many more small screens, as well as increasing use of text- and image-based social networks that show content in a time-based flow, it’s harder than ever for an advertiser to get people to pay attention to a banner or other ad off to the side — if there’s even room for one.

Most of the major social networks, and a number of content purveyors — including some mentioned above — have been experimenting with sponsor messages placed within the normal flow of stories, blog posts and social interactions.

They’re working hard to craft ads that work within the medium and are seen as adding to, rather than distracting from, the conversation.

As with an ad placed in-stream on a video, it’s harder to ignore a sponsored message that’s placed in the flow of content you’re consuming.

This, too, is in a way a step back to earlier days. People for decades have been conditioned to have “in-stream” ads on radio, broadcast TV, and even print, if you count full-page magazine ads. Some people buy fashion and tech magazines to look at the ads as much as to see the articles and glitzy spreads.

The Rise of Images

One type of content rise in 2013 won’t be professionally created. I can’t say whether it’s going to be Instagram, Pinterest, Tumblr, some iteration of Google+, Flickr or someone else who wins the image-sharing day, or whether they’ll all successfully coexist.

Instagram became a go-to platform for images during Hurricane Sandy

But I’ll bet you a share of Facebook or even Google stock that the volume of images on the web (including mobile) increases markedly, perhaps exponentially. People love using their powerful mobile devices to take, tag and, most importantly, share images. They’re just having too much fun for the trend to recede

Plus, there’s too much investor money stoking the frenzy, even with the occasional stumble by the likes of Instagram tweaking its privacy policies.

Distribution Will be Queen

Why do you think Twitter and Instagram have been having it out over images, Verizon and cable TV companies fighting for subscribers, and Apple, Samsung and Microsoft spending millions for market share in phones and tablets?

With all that juicy content created, someone has to get it to the consumer. Whoever can get a fraction of a percentage point rise in share in bringing it from server to screen stands to make or lose millions of dollars in valuation.

Types Of Advertising Will Separate Further

It’s been said that programmatic buying of ads through advertising exchanges will balloon in 2013. It’s also said that exchanges, like ad networks before them, will depress rates and further commoditize advertising.

That’s true for some, but I see the trend a different way. Advertising will increasingly separate into:

Advertisers will also increasingly value custom-designed opportunities that differentiate them from the programmatic sphere, and further feed the need for quality content.

The Rise of Data

Others have pointed out the trend of “Big Data,” and like it or not, the media now are a data-driven industry.

Sure, creativity, well-crafted stories, and all the emotion that humans can feel will be what spurs the most popular content. A machine cannot (yet) tell what will propel a movie, book, TV show or song hit status.

But by consuming it all digitally, we’re creating digital data, which creates trails of information that is then bought and sold en masse and parsed incessantly to squeeze out ever more dollars in advertising and other marketing and sales.

One big-brain Ph.D. statistician who helps run a major advertising data supplier told me that every day they incorporate another 2 million data points from ads they serve and get just that much smarter about which ads are more effective where. Hers is one of hundreds of companies doing the same.

Last year I predicted that at least one book publishing company would fold or merge. Random House and Penguin then joined forces. We’ll see more disruption this year, especially with the Justice Department siding with Amazon on pricing models and more books than ever consumed on screens.

Speaking of the government, we’ll continue to see regulators pursuing biggies like Google, Facebook and Amazon about how they use people’s data and how they dominate certain markets.

Regulators in the U.S. and Europe are looking not just at privacy — which has gotten a fair amount of press — but also anti-trust. They may start to notice that Amazon, in cloud services, and Google, in advertising, control significant parts of the “value chain.”

I’d love your feedback. If you’d like to take a look at last year’s look-ahead, those predictions are here.