In 2017: It’s Everyone Against Facebook and Google. Plus, Chatbots and AI 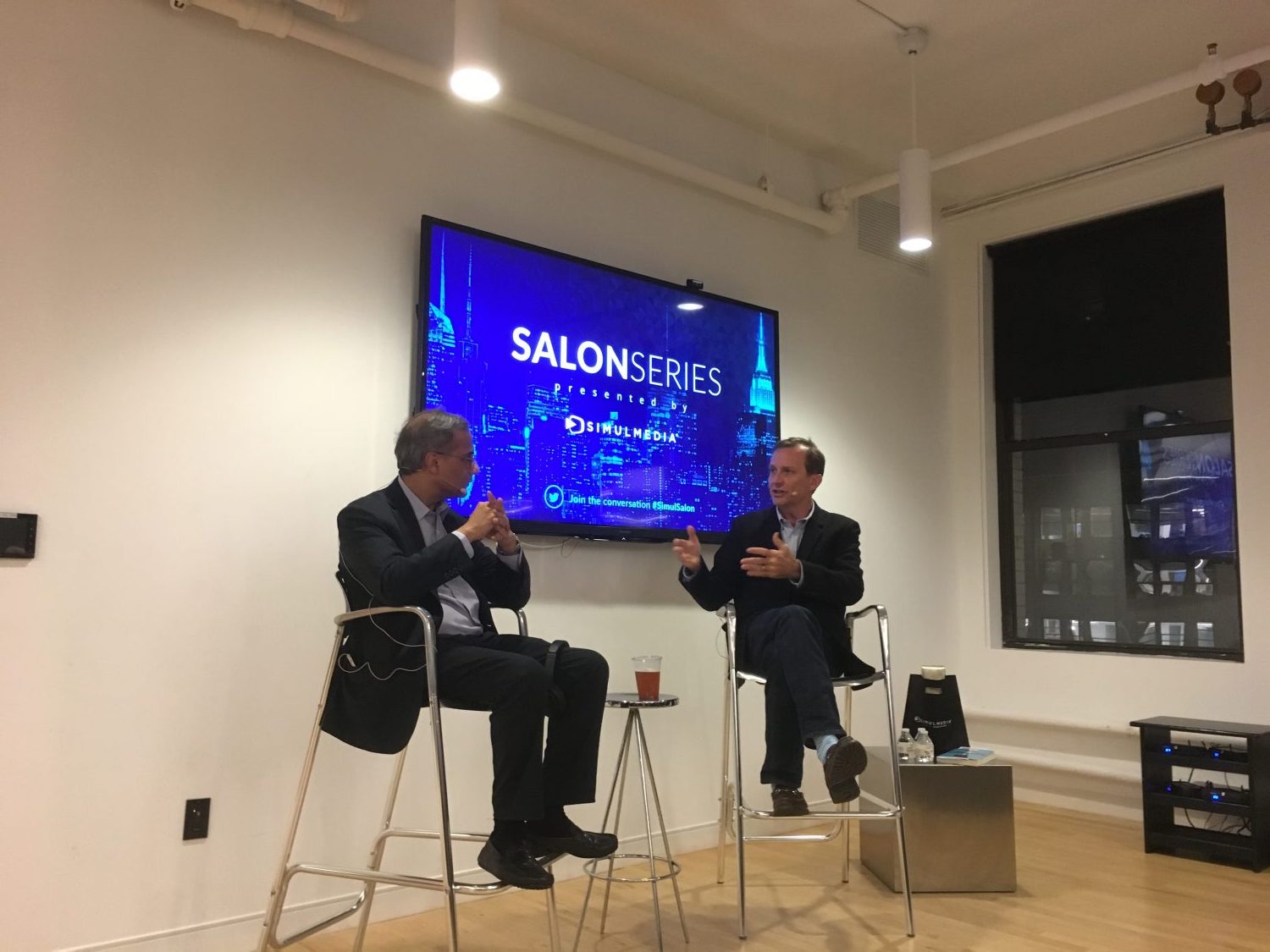 So, it’s time to gaze into my future-looking VR headset and predict what we’ll see in 2017 for the business of media. I predict something of a solidification of trends that started last year, with a few breakouts of new areas such as chatbots and AI. Here’s how.

We’ve heard for awhile about the tension publishers feel between attracting eyeballs via Facebook and Google vs. concerns over ceding control and all new ad dollars to the two giants.

In the coming year, advertisers will join more forcefully in the fretting, and try to take action to preserve at least some alternatives to the Mothra and Godzilla of digital advertising.

At first glance, advertisers shouldn’t care. After all, Google and Facebook promise to reach the right person with the right ad as no others can, for which they are rewarded more handsomely than any other solo entities.

Sir Martin Sorrell, head of the world’s largest advertising holding company, WPP, at the UBS Media Conference in December, said his companies would increasing advertising spent on Google from $4 billion to $5.5 billion in 2017, which is more than anywhere else. Facebook, he said, will get $1.75 billion, up from $1 billion.

Yet, Sorrell has also complained of the giants’ “anti-competitive” natures, and has joined others with damning comments about Facebook’s recent advertising measurement gaffes.

Rishad Tobaccowala, chief strategist of competitor Publicis Groupe recently lamented Google’s power in reaching audiences, too, saying:  “Google has 10 times more people for every one of my clients as I do.”

Facebook has more than 1.7 billion active monthly users and happens to own up-and-comers Instagram and WhatsApp. They have more audience than any publishing conglomerate.

Remember, too, that Google owns DoubleClick, through which most publishers run their advertising.

The agencies, like publishers, have become concerned about so much power concentrated in two “secretive empires” that can control pricing and targeting while revealing so little about how their algorithms actually work.

Publishers are being more proactive about making sure their ads don’t hinder the user experience. This popup appeared on DailyKos.

In private conversations, executives at advertising technology companies that aren’t owned by a platform or major media company have been telling me they plan to tout their independence from the big guns as strengths.

In part to combat the “walled gardens” like Facebook and Google, which collect data, but don’t share it openly nor reveal just how they’re measuring, WPP has formed the company MPlatform, which promises what Sorrell calls “an agnostic alternative” to search and social behemoths.

Publishers Will Look to Others …

The good news for publishers may that there are other behemoths stomping into the landscape.

Amazon in December made an announcement that’s all geek to some but got a lot of notice in publishers’ advertising operations departments. The commerce and Web services giant is building out capabilities as an automated advertising platform with features that favor publishers.

Publishers tell me Amazon is also enticing them to put their content into Amazon’s Video Direct service, which promises relative ease of participation for a decent share of revenue from ads or subscriptions.

Snapchat, too, has been gaining ground by attracting younger adults and teens and could get nearly $1 billion in ad revenue next year, according to eMarketer. Expect more publishers in 2017 to play around there.

And, remember that WeChat is the monster in China. They have created a gateway that’s overtaking social networks and is the next generation of interacting with the Internet via chat and chatbots, which we’ll look at below.

Publishing execs have recently been telling me they are more aggressive about getting onto new platforms, testing them, and moving quickly among them to try to keep any one from having too much sway.

The smart publishers in 2017 will know they can’t go it alone without the platforms that amass huge communities but will also avoid putting all their eggs in the Google or Facebook baskets.

Apple News is wooing publishers with expanded and more flexible advertising opportunities that give them more control than they previously had there. Twitter will also keep cutting deals for choice content.

Paid models will also keep growing as part of the mix. Entrepreneur Tony Haile, founder of successful media measurement company Chartbeat, has founded Scroll, a “Netflix-like startup” that promises to bring new revenues to news publishers by allowing them to share in subscription payments.

… and (I Hope) Get Better About Data and Tech…

Publishers seem to be wising up to the ways in which technology can help or hurt, and the advantages their capabilities may give them.

Premium publishers — ones that create great stuff for us to read, watch and listen to — do have at least one advantage: an innate understanding of how to create reliable content that sparks sharing and conversation, and is the kind of stuff advertisers want to be associated with.

That’s why Facebook, Amazon, Snapchat, Google AMP and the rest keep trying to woo them to put content on their platforms.

With their unique audiences and understanding of them, the publishers can get a lot of so-called first-party data that advertisers crave.

A media buyer for one major pharmaceutical company told me they have programs to compare their customer information with publishers’ data to better target their ads. An exec at a major technology publisher is similarly sharing data with choice advertisers such as Microsoft.

Publishers have started to understand the value of their data and try to protect it from ad tech partners who would skim and resell it without compensating anyone or getting permission. Expect to start hearing the term “data exhaust” more this year. It’s a term for the data that leak and are then taken by others.

Ad blocking has also widened publishers to the need to look at all the technologies on their pages. Expect more sophistication around header bidding — which helps increase ad revenues by leveling the programatic advertising playing field — and more streamlining pages, as The Washington Post, Vox and GQ have done.

… And Experiment More With Chatbots and AI

This time next year, a human may not have to write this column. Just kidding. I think. I doubt that Google Home or Alexa, or your Facebook Messenger bot, will be able to craft 1,000 cogent words on what’s coming up in media and tech.

But similarly to last year’s prediction of more initiatives in VR, this coming year we’ll see more coming together around chatbots and artificial intelligence.

So far, the experiments are fairly rudimentary. Ask the Quartz or New York Times chatbots for updates, and you’ll get a modicum of interactivity that’s really just simple “yes” – “no” tree logic.

But experts developing the technologies predict we’ll see them hooked up with voice and a lot more intelligence. Chatbots could become our portal to communication, shopping and media offers that are ever-more incisive as the AI learns our preferences over time

“As a publisher network, we’re seeing how we’re helping drive traffic with the bots,” Ryan Maynard, Director of Advertising Solutions at Kik Interactive, said at a recent marketing industry breakfast focused on chatbots.

In 2017 we’ll also see more mentions of blockchain as a technology that can help solve some current problems such as ad fraud, facilitating micropayments and maybe for verification that helps suss out “fake news” (an oxymoron if I ever heard one).

I hope some genius can also thwart more recent partisan attempts to label real news as fake, that great journalism will matter and the media will thrive.