Predictions for 2016: VR Heats Up, Publishers Wise Up to Fraud 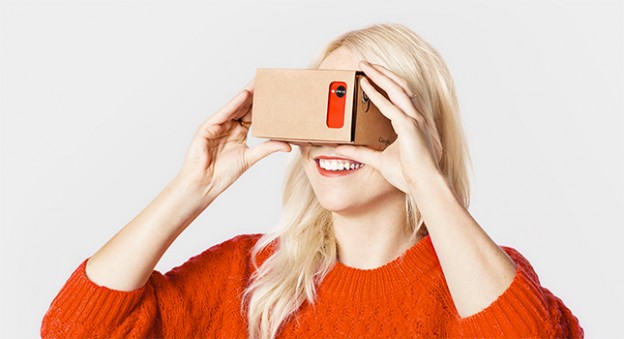 In this look-ahead to 2016, I’ll avoid the temptation to simply repeat what I said last year.

"In 2016 quality will matter, whether in publishing, content marketing or advertising technology."

Yes, measurement will still be a muddle, and marketers are still trying to track people across screens. Net neutrality rulings have inspired new lawsuits. Netflix’s Ted Sarandos announced even more original programs for 2016.

Here are some newer predictions.

Get your VR viewer ready. 2016 will be the year that virtual reality media enter the mainstream.

There’s a confluence of low price, low cost, “coolness” and commercialization that will get more of us pressing boxy devices to our eyes.

While some people made fun of The New York Times’ gift of 1 million Google Cardboard sets to print subscribers, and some recipients complained it made them dizzy, the NYTVR app launch was more successful than any by the Times.

The first stories the Times created — one about children struggling in war zones, another about an artist “Walking New York” — weren’t earth shattering journalism, but they showed the most mainstream of news organizations could capture imaginations and buzz with VR.

In two hours, people claimed all 5,000 Absolut-branded Google Cardboard headsets, he said at the recent Ad Tech conference in New York. “People [told us] they wanted to throw a VR party at home,” he said.

Plus, people seem to enjoy what they’re seeing. Fans praised a VR app from Nike that let people “score” a goal from the perspective of soccer star Neymar. Even critics called the NYTVR stories “cool” and “neat.”

Consumers who aren’t given a VR viewer can buy Google Cardboard — into which a smartphone or other small-screen device is inserted— can buy one for less than $3. On Alibaba, knockoffs cost as little as 15 cents in large batches. In many browsers, you can get something of the VR experience on YouTube #360.

Producing VR videos is increasingly affordable, too. Rigs under $500 can mount six GoPro cameras ($215-$400 each). Software stitches the concurrently shot videos together into a VR whole. Simpler 360-degree cameras  sell for $299-$350.

That combination of easily available production, consumer-accessible technology and brands jumping in with financial support means it’s a matter of time before, immersed in your VR experience, you’ll find yourself in a sponsor’s environment inserted in the media you’re consuming.

We’ll probably see more augmented reality media, too, in which your headset or viewer is an overlay to what’s in front of you, such as the BMW application that helps a mechanic work on an engine.

“Augmented Reality will see a first SnapChat/Instagram level success, with a meteoric rise of a network that brings online/cyber realities into the physical world,” RebelMouse founder Paul Berry says in a column he shared with me before publishing. “We don’t know the name of the company or product yet, but by Cannes, we’ll all be saying some new word and it will be that product.”

Media consumers are tired of glitches, delays and difficult downloads on mobile devices. Apps from platforms like Facebook and Apple help solve the issues.

Facebook’s Instant Articles is blazingly fast, whether you’re scrolling through news articles, looking at videos or happening on an ad.

It’s Facebook and Google and Snapchat and WhatsApp and Medium (new venue of The Awl’s personal finance site) and, in China, WeChat, and even Apple that have aggregated the masses into one place on their applications.

Raise your hand if you’ve listened to Spotify, Pandora, Amazon Music or another of the music listening platforms in the last month. Now, keep it up if you’ve bought a music album. See what I mean?

The platforms are where people live for their communication and media consumption. Those are becoming media brands as much as any newspaper, magazine, record label, or radio or TV network.

It’s not quite “game over” for mainstream publishers — as one PR executive quipped to me privately after Instant Articles was announced. Distribution isn’t everything. Content is still royalty, maybe even king. Facebook needs great journalism and entertainment, and so loosened terms for Instant Articles — allowing more ads and more aggressive links out to non-Facebook URLs — after big publishers complained.

But if Facebook (or Snapchat or Apple News or another favorite app) is where everyone wants to consume that content, maybe those of us in media have got to give it to them there.

“When it comes to making money on mobile Facebook is pretty much the only game in town for publishers – and mobile is where most of us spend our time,” Chris Sutcliffe wrote in a column explaining why The Washington Post is putting all its stories in Instant Articles.

Maybe we’ll see the rise of what the AP’s Francesco Marconi calls “homeless media” — organizations that are great at producing content doing that, only, and feeding it to others, not even bothering to host it themselves.

Content marketing is only going to grow. Not only is there a “gold rush” as more companies try to capture the value of making media, but it’s also highly likely that the media tech behemoths (that would be Facebook, Google, Apple, et. al.) will continue to value, promote and highlight well-made “content” (a word I, similar to advertising executive David Berkowitz, don’t like but use).

The increased use of ad blocking means that marketers are looking for other ways to reach people. So-called “native advertising” that circumvents the ad blockers by going directly into feeds is a way to get messages onto screens.

Meanwhile, creating articles and web videos is usually much cheaper thank making glossy magazine ads and TV commercials. Plus, marketers can use the content to inspire through sharing and discovery through search, and they can then get good metrics about what’s getting the most attention.

“Content marketing will start to become more accountable in 2016,” PulsePoint’s Sloan Gaon said in an email. “Engagement metrics … will be used to measure the success of content marketing campaigns” instead of “old metrics” like clicks and views.

As more and more of advertising budgets are spent on automated, a.k.a. programmatic, platforms, publishers are working hard to capture those dollars via ad-tech partners such as networks, exchanges and verification tools.

They have started to guarantee that their ads can be viewed on pages, so they can try to charge a premium. They are trying to use header bidding — a technology to find the most valuable ad available from every tech partner — to further ensure they get the highest priced ad in every spot.

Publishers are using ad tech to “achieve sustained growth with a model built on value instead of volume,” according to a recent report by eConsultancy. They “are exploring the ways in which they can, independently and collectively, add a premium to their ad rates and compete with alpha publishers such as Facebook and Google.”

While the ad-pocalypse may be overstated, traffic is moving to mobile devices, where people don’t have the patience for glitches caused by advertising code, don’t want ads to eat up their data plans and so are installing ad blocking software.

Publishers have to pay attention if they want to keep being supported by ad dollars.

Publishers will also, finally, have to confront concerns over ad fraud, which have gotten important enough that they’ve reached the mainstream.

Fraud-meisters are increasing in sophistication. Some are injecting their ads into even the most top-flight media in order to make them seem legit. They are also able to spoof ad systems into thinking fraudulent pages are from legitimate media companies, Claudia Perlich, chief scientist of advertising platform Dstillery, told me.

Publishers who don’t weed out fraud will run the risk of having their pages devalued. market prices overall will drop. A reporter from a major, mainstream business publication told me he is working on a story about whether ad fraud has reached levels that will hurt media companies’ valuations.

The latter half of 2015 has been a time of flux, and it’s hard to say for sure who’s going to win what. Google AMP, one of Alphabet’s plays to ensure more mobile advertising revenue, may not take hold, and we’ll then see Facebook overtake its Silicon Valley rival for good.

But whatever platforms take hold, they’ll want content from the likes of BuzzFeed, Vox  and Refinery29 — all of whom are on Instant Articles and say they are or soon will be profitable. Even the New York Times may survive into the next decade.

In 2016 quality will matter, whether in publishing, content marketing or advertising technology. Cickbait may abound, but there’s plenty of room for discerning media and consumers, as well.

One response to “Predictions for 2016: VR Heats Up, Publishers Wise Up to Fraud”