Getting Started with Newsletter Analytics 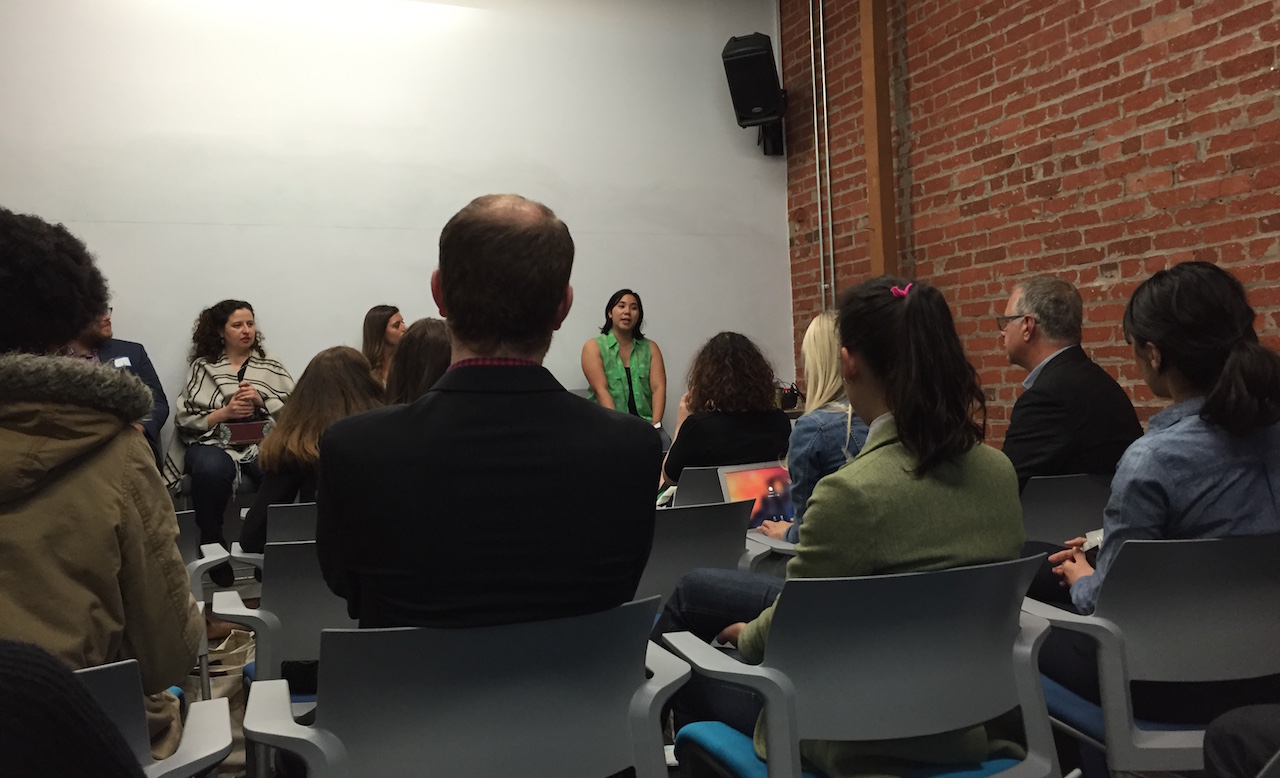 Kim Bui speaking at a the March 31, 2016, ONA event at Blankspaces in downtown Los Angeles. (Photo by Jason Alcorn)

Each Sunday, 1,800 or so readers wake up to Civic Minute, a staccato compilation to help citizens in Seattle catch up the previous week. This is a newsletter full of local pride.

“The thread that got me started on this whole thing was canvassing,” says Sol Villareal, who puts Civic Minute together every week. “Knocking on people’s doors.”

"[...] newsletter metrics are pretty much straightforward, and because of that, they are an especially useful tool to organize an analytics program around."

“No one is knocking on people’s doors and forcing them to know what’s going on,” he says. The newsletter delivers a virtual rap with stories about local politics and government.

It’s a business, too. Villareal is a real estate broker, and every newsletter, halfway down, includes a few notable items about the Seattle market and a gentle advertisement for his services. He fastidiously tracks the performance of each mailing, and knows what open rates indicate a particularly effective subject line and what number of clicks a great link will get. For months, he tested variations on subject lines, sender names, and content to understand what worked best for his community of readers.

Newsrooms today have endless choices when it comes to the analytics tools available and the granular details those tools can provide to journalists and the marketing team. In contrast, newsletter metrics are pretty much straightforward, and because of that, they are an especially useful tool to organize an analytics program around.

The first thing you want to track with newsletters is list growth. Growth is good. Unsubscribes are bad. Unlike visits to your website, each new subscriber to a newsletter is another person to whom you now have direct and ongoing access. Each new subscriber is a potential customer for your news products, and for nonprofit newsrooms a potential donor.

“Email is the best medium for that because it’s not elective,” Villareal says. It shows up in our inboxes, where we live and conduct our lives.

The main email acquisition channel for Essential California, a daily newsletter from the Los Angeles Times, is a pop-up on the website. It’s been incredibly effective, says Alice Walton, one of the Essential California’s two hosts. The Times also includes signups on many stories in the metro section of the site.

“We try to educate readers that it’s free, all you have to do is sign up,” Walton says.

To build the list for The Daily Digest, a new daily newsletter with international stories, Twitter cards worked best, said Kim Bui, deputy managing editor of reported.ly, at a recent panel. Also speaking on the panel, Martha Pierce of ATTN: said they use polls to build a newsletter audience and get additional data about user interests in the process.

Newsletter signups are an especially useful performance indicator for digital news startups. Atlas Obscura, which raised $2.5 million in new funding in March, has 250,000 people on its main email list, compared to 3 million monthly readers on its website, CEO David Plotz said in a recent interview on the Digiday podcast.

“Even though email is an old medium,” Plotz said, “our evidence is that these email subscribers when we get them in are very loyal and they come back to the site and they visit and they share in great numbers.”

The next set of metrics for your newsletter drill down into the content directly with open rates and clicks.

MailChimp, the favorite platform for many writers, has A/B testing built in, making it easy to test and improve your newsletter without any special know-how. When you run an A/B test, what you’re doing is sending two or more versions of your newsletter to randomized segments of your list. Use two different subject lines, for example, and see which one gets opened at a higher rate.

A good exercise can be to set a several-month goal to answer a specific question, such as: What sender name gets the highest open rate? Is a short or a long subject line best? Do emojis in a subject line lead to better or worse performance?

The subject lines of Essential California got refined in that way. Civic Minute, too.

“That’s how I discovered the first five words are all that counts,” Villareal says. He also learned about what topics his readers cared about: Civic Minute’s audience is interested in reading about a fairly narrow band of issues. No matter how interesting he thinks a top story is, “if it’s too far outside local government or politics, it tanks,” Villareal says.

At the Los Angeles Times, Walton looks at email performance every morning, a couple hours after the newsletter goes out. What she looks for: how many subscribers, the open rate, the click rate, the five most popular clicks in the newsletter.

On Fridays, she looks back at the most popular clicks of the week.

What gets clicked can help you both with the layout of the newsletter and with choices about what to include.

“I do know what readers will click on, and I’m happy to include some of that. But I also think there should be the meaty stories,” Walton says. As a publication of the Times, Essential California has to look and sound familiar to readers of the paper. With the stories she selects, it still has a recognizable voice.

Across the board, you can look for content that tends to get a lot of clicks like event listings or job postings and use that to anchor the bottom of the newsletter. That encourages people to read all the way through.

Finally, don’t forget to share useful information you learn from your newsletter metrics with the rest of the newsroom. Not everyone will embrace it, but seek out your colleagues who are hungry for data. Writers love to know when a story they wrote is the most popular link in a daily newsletter.

“We created a culture that really celebrates that,” the data-driven ATTN:’s Pierce said at the recent panel.

[NOTE: MediaShift is hosting a Twitter chat this Friday focused on sharing analytics within your newsroom.]

Jason Alcorn is a media consultant who helps newsrooms, foundations and nonprofits build an informed citizenry through journalism and civic engagement. He is also an award-winning investigative journalist. Get in touch at [email protected] or @jasonalcorn on Twitter.

One response to “Getting Started with Newsletter Analytics”