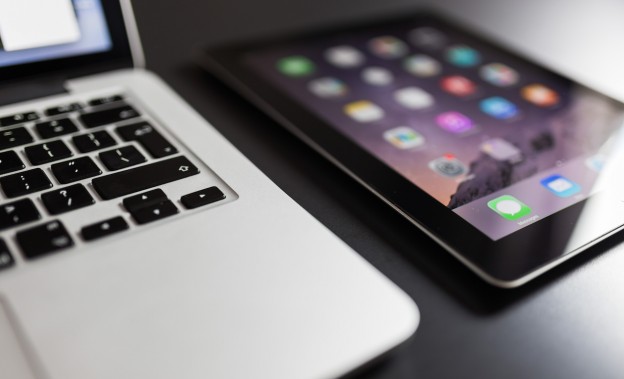 The post is an excerpt from "Analytics to Action: A Guidebook to Measuring and Improving What Matters in Social Media."

How do you know your favorite baseball team is doing well? It depends.

Sometimes, we can get blinded by numbers.

If you’re evaluating individual talent, you want to see statistics like low Earned Run Average for pitchers or high On Base Percentage for hitters. During a game, you want more runs than your opponent. Over the course of a season, you want enough wins to get you to the playoffs. For the long haul, the goal is counting championships and building a legacy.

Depending on your timeline and goals, there are different types of metrics like the ones above. These metrics can be organized into three categories:

Metrics are the scoreboard for keeping track of wins and losses. We track, manage and use what we can measure.

What’s true in baseball also works with media metrics. You have to identify the categories of numbers that will take you from day-to-day success to where you want to finish.

To develop your own scorecard, follow this three-step framework: Assess, analyze and act.

To effectively use metrics, you have to know your ultimate goal and work backward to track how you plan to get there. Not all numbers will matter. The first step is assessing what constitutes a win and progress toward your goal.

This step will be influenced by your mission. You want your success metric to be an action that moves your organization forward. It should be something tangible and related to the real world.

In baseball, a success metric is a win or a championship. In another organization, success may look like increasing the number of volunteers, growing a profit or gaining donations.

Make your success metric as simple and specific as possible. For example, AppSumo created a singular success metric of getting 3,333 sign-ups for its online course. At the end of the year, it had 3,951 sign-ups. It tracked wins with a simple tally.

This was in contrast to the previous year when the company was chasing and tracking too many metrics. Their metrics dashboard was a mess, making it impossible to key in on what success looked like.

“Focusing on one specific thing helped us say no to other distracting things and accomplish our goal,” writes AppSumo’s Noah Kagan.

Key Performance Indicators show a significant impact or progress in the direction of your success metrics. In baseball, runs and preventing runs are key performance indicators that help determine if you’ll have success.

How do you determine your KPI? Identify what matters to your organization, according to PR, marketing and communications consultant Charlie Melichar.

“Does anyone aside from you or your team care?” Melichar writes. “When you talk about your metrics, do you have to make a case for why they matter or is it obvious?… How does each of those matter to the macro goals for your institution?”

You can think of intermediate metrics like an individual player’s stats, like ERA or RBIs. They aren’t your ultimate goal, but over time they contribute to your KPI and success metrics.

But you have to be careful not to fall into the trap of vanity metrics, which may look good on paper but don’t contribute much to KPI and success metrics.

The book “Moneyball” chronicled how the small market Oakland A’s overachieved by paying attention to intermediate metrics that other teams overlooked.

Instead of paying millions more for vanity metrics like high batting averages, the A’s invested in players that could draw walks and had high On Base Percentages. This led to more runs, more wins and ultimately making the playoffs five of eight seasons.

Once you know your success, KPI and intermediate metrics, you can tie them to categories and numbers that you find in social media analytics dashboards.

This is the easiest and most visible metric to track because it’s public and available for anyone to compare with others. A large number of followers can indicate potential reach as well as signal credibility for new people to like or follow.

The rate of growth of fans and followers — or conversely, flat or decrease — can signal a brand’s health. However, the fan and follower measure has also been criticized as a vanity metric because it’s hard to show its impact on organizational goals.

A fan or follower can be inactive, unengaged and ignore your brand, but still be counted in this metric. There’s no guarantee a fan or follower is even real — a percentage could be a fake account, spam or a bot.

Impressions, reach and Word and Mouth (WOM) are terms that are often used interchangeably to mean how often a message is seen, heard or shared. It’s the measure of how far your message spreads.

The next step from fans, followers and impressions is how many viewers are actively paying attention and interacting with your brand, or engaging. Engagement can mean a number of different actions, including liking, favoriting, re-pinning, sharing, commenting, replying, retweeting and more.

This is a Key Performance Indicator favored by many brands because it’s relatively easy to measure and analyze but provides more insight than fans and followers.

Visiting your website is another action you may want fans and followers to take. In this case, liking or commenting on your social media content isn’t as important as long as they get to your site.

This is especially important for media companies and others who make their revenue from advertisement based on page views. The more traffic, the more they can charge for advertising.

But not all traffic is created equal. Sometimes a company can purposely try to inflate traffic with “click-bait” headlines or forcing readers to click through slideshows.

Sometimes, getting to a website or campaign landing page isn’t enough. Once they are there, you’d like them to sign up, donate, make a purchase or take an action that benefits your brand. This is known as a conversion. It’s a success metric favored by many brands because it shows customers taking a tangible action.

“What a consumer says isn’t as important as what a consumer does,” writes Jordan Con in InsideSocial.com. “This can only be [shown] through conversion-centric social analytics — tracking each consumer’s behavior from social all the way through to the downstream conversion — and back to social.”

One business that shares its conversation analytics is the dating site OKCupid. In their case, conversions could mean messages, contacts or dates.

By analyzing profiles on the site, OKCupid can share what actually connects people, such as the type of profile photo or what to say in a first message.

In the blog post “Don’t be ugly by accident,” OKCupid co-founder and “Dataclsym” author Christian Rudder shows how different makes of cameras can affect the perceptions of attractiveness.

“In conclusion, the data strongly suggest that if you’re single, you (or someone you know) should learn a little bit about photography,” Rudder writes. “Technique can make or break your photograph, and the right decisions can get you more dates.”

A number doesn’t do you much good unless you know if you’re improving or not. You can do this in two ways:

You can compare your present and future with a few different methods. You can show how much you grew over a certain time period. For instance, “We gained 4,000 followers since we started a campaign on January 1st” or “This was our most popular tweet in the last five years.”

You can also compare one period’s metrics against a similar time period’s, like Year-Over-Year (YOY) growth. For instance, “We had more than 1,500 retweets in March 2016, compared with 500 retweets for March 2015.”

To compare yourself with other competitors, it can be as simple as going to their pages and seeing how they compare for metrics such as fans and followers.

Facebook makes it easy to compare your page to similar pages with the Pages to watch feature under Insights. In this section, you can search for pages to add, or let Facebook suggest similar pages.

Finding patterns in numbers is when analytics start to become really powerful. When you start to see regular occurrences and deviations emerge in data, you can make predictions about what will happen in the future.

This is called predictive analytics. Using metrics means you can track what performs better or worse over time. The best way to see the patterns is through visualizations, which is why analytics show numbers through charts and graphs.

DO WHAT WORKS FOR YOUR METRICS

Don’t get distracted by metrics that don’t matter to your goals.

“If Google Analytics shows us bounce rate and the number of sessions, then surely they must be useful metrics right?” Katie Moffat writes in The Next Web. “The answer, of course, is no. Just because a figure is available, doesn’t mean that number will help you demonstrate genuine value.”

For example, former Hubspot marketer Dan Zarrella found that tweets with photos were 64 percent more likely to be retweeted. If your goal is engagement and reach, you would want to increase your tweets with photos.

But don’t chase after a metric that doesn’t help you reach your goals. For example, Buffer found that blog posts about lifehacking and productivity had higher reach, but blogs about social media had a higher conversation rate. People who clicked on its social media posts were more likely to subsequently sign up as paying customers of its service — which fulfills its success metrics.

The moral of Buffer’s metric results is it’s easy to get distracted by one metric, even if it’s not your main goal. Keep focused on what matters to you. Don’t get caught up in counting what doesn’t matter and miss out on what’s actually important to you.

The post is an excerpt from “Analytics to Action: A Guidebook to Measuring and Improving What Matters in Social Media.”

Tim Cigelske (@TeecycleTim) is the associate editor of MetricShift. He has reported and written for the Associated Press, Milwaukee Journal Sentinel, Budget Travel, Adventure Cyclist and more. Today, he is the Director of Social Media at Marquette University as well as an adjunct professor teaching media writing and social media analytics. You may also know him as The Beer Runner blogger for DRAFT Magazine. Learn more about his book at http://analytics.strikingly.com.