The Fallacy of ‘Safe Space’ on College Campuses 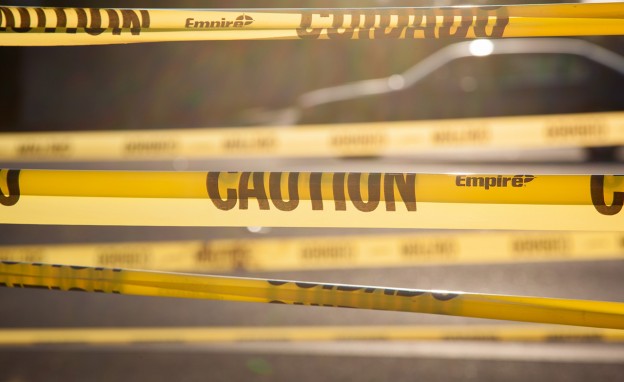 Photo by Robert Couse-Baker on Flickr and reused here with Creative Commons license.

I was in college the first time I heard someone use the N-word. Really use it to describe a group of people. Hip-hop group KRS One was scheduled to play a concert at my ethnically diverse New York City-based university, and I had just excitedly bought my tickets. I sat in the cafeteria with a study group when a white classmate looked over at the poster hanging on the window and laughed, saying it was going to be the night for the n*****s to come out of the jungle and play.

"As a journalism instructor, I will be sending out the next generation of reporters to witness and report on the horrors of the world. If they cannot handle the stress of an uncomfortable class discussion, they will have a hard time in the profession."

I was stunned. I looked around at my group and realized that I was the only one of color at the table. And no one else batted an eyelash.

College was also where I got into a yelling match with a friend during a Middle Eastern history class over a Muslim woman’s right to wear hijab. It was where I heard loud, violent-sounding sex from a dorm room on my floor, where I learned of a suicide attempt by another student, and where I was stalked by a classmate, who would sneak into the residence hall and wait for me in the communal lounge.

College is not a safe space. It was never intended to be. It is a place where debates can turn heated and ugly and the cruel realities of the world come crashing down on students, preparing them for the very real discourse they will face upon graduation. It is a time to grow out of the protective cocoon of childhood and face the fact that the world can be an unpleasant place.

But a recent trend on college campuses is threatening to shut down that natural maturation process in the quest to create a “safe space” for students. Recent University of Missouri protests against the lack of action against racism on campus took a notable turn after protestors and faculty attempted to bar reporters from entering a public place they had claimed as a safe space. One of the motivations for the media ban was that student protestors were afraid that the media would warp their narrative.

That concept took on an even more insidious twist when Smith College and Amherst College  —  two of the most liberal and open-minded universities in the country  — organized sit-in protests in solidarity with the University of Missouri. But this exercise in liberalism and free speech took a decidedly anti-liberal tone. Amherst College activists issued a series of demands that included punishing counter-protestors with a racial re-education program and potential disciplinary action. In essence, only some views should be allowed on campus because other views apparently make people uncomfortable.

Smith College protestors took it a step further and banned media from covering their event unless the journalists came out in public support of their cause. Otherwise, they wanted a safe space free of journalists who may distort their message and cause emotional distress to the protestors.

Let that sink in.

The United States Constitution allows for the right to assembly. It allows passionate college students the freedom of speech to raise their voices against authority figures, whether a university chancellor or the president of the United States. And students can do that without fear of retribution. But the Constitution also allows for the freedom of press in which reporters can freely cover public demonstrations. It allows journalists to have the same freedom of speech that the protestors have. Somehow those freedoms have fallen to the wayside on college campuses today.

The argument raised by protestors is that the media can manipulate and misrepresent the facts to create an untrue picture. I’m not debating that. I understand the concern. I am a person of color and a Muslim. That’s a double whammy when it comes to representation in the media. But before becoming an assistant professor of journalism, I was a full-time journalist for 15 years. I traveled the globe and have seen first-hand how the same story can be shifted to fit corporate agendas and personal biases. I have seen how reporters of color can be steamrolled in a newsroom. I teach my journalism students about it in class. I warn against the dangers of it and how they can fight it. But I also recognize that the rights of the press have to be protected.

The student protestors’ insistence on attempting to control their message and the way it is presented is actually taking away from the credibility of their cause. You cannot criticize a university or society for stomping on the rights of the people in one breath while trampling on the rights of the media — the watchdog of the people — in the next. It also shows an astonishing naivete on the part of the protest organizers that threaten to overshadow and undermine the very real and justified grievances that they have. No journalist, trained in the ethics of the profession and with a sense of personal integrity, should agree to support any cause in order to report on it. Those who do need to come to my introduction to journalism class for a reality check on the profession.

As a professor, I am sensitive to the needs of my students, but I cannot coddle them. I have had students walk out of a class when I taught about the horrific 2012 Delhi rape without offering a trigger warning. Another former student came to my office to demand an apology for showing an Al Jazeera report on the families of the Dimona suicide bombers in Israel because “terrorists do not deserve to have stories done about them that may humanize them in any way.” And I’ve had former students angered by class discussions on Ferguson and race relations in the country that offended them as white people.

Impeding journalism in the quest for safe spaces is a no-win situation. As a journalism instructor, I will be sending out the next generation of reporters to witness and report on the horrors of the world. If they cannot handle the stress of an uncomfortable class discussion, they will have a hard time in the profession. And as a college professor, I deeply respect and admire the convictions of the impassioned student activists on campus who want to create a better world. I salute you and support you. But once the activism impedes on the rights of others and forces them to share your beliefs, well-intentioned liberalism can take on an ugly shade of authoritarianism. That I can’t support.

Shaheen Pasha is an assistant professor of international journalism at the University of Massachusetts-Amherst. Prior to joining UMass, she worked as the Middle East Regional Editor for The Brief, a legal magazine published by Thomson Reuters. Pasha was the Islamic finance correspondent at Thomson Reuters, based in Dubai. She has taught print and online journalism at The American University in Cairo and has worked at CNNMoney.com as a banking and legal reporter, covering the Supreme Court and the Enron trial. Pasha was also a reporter at Dow Jones Newswires, where she had a daily column in the Wall Street Journal and appeared as a regular correspondent on CNBC Asia, covering the ADR market. She has a master’s degree in journalism from Columbia Graduate School of Journalism and a bachelor’s degree in speech communication from Pace University.

10 responses to “The Fallacy of ‘Safe Space’ on College Campuses”