The Rise of the Engagement Editor and What It Means 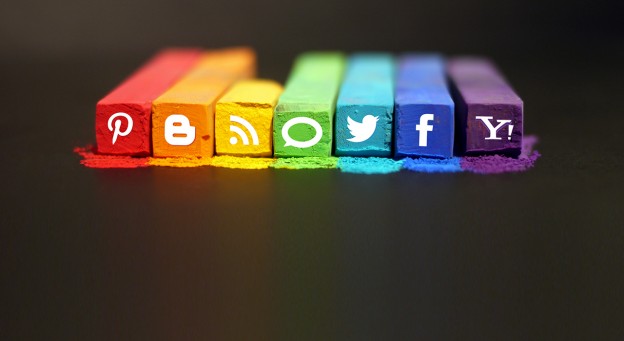 The Art of Social Media. Graphic by MKH Marketing.

Will Federman figured his first job out of journalism school would be at a digital media startup. Instead, he ended up at a legacy magazine that last year launched a standalone website.

But nothing about Federman’s job responsibilities at Fortune are traditional for a Time Inc. employee. He works closely with colleagues in editorial, public relations and marketing. He mines analytics for data about the best times to post stories and what’s connecting with readers. He identifies trending stories and occasionally writes one himself. He helps devise search engine optimization and social media strategies. He helps run the newsroom’s social media accounts, responds to tweets and moderates social comments. He helps build buzz around Fortune’s conferences and franchises like the Fortune 500.

“A good engagement editor may eventually work [him or herself] out of a job because the whole newsroom is thinking about engagement.” -Steve Buttry

Federman learned many of these skills as a student at USC’s Annenberg School for Communication and Journalism, and as editor-in-chief of Neon Tommy, the school’s online-only publication. As May graduation approached, he spotted a job at Fortune with an intriguing title: audience engagement editor. Federman saw an opportunity to work at a well-established news outlet with a “startup vibe,” in a job that allows him to help shape the site’s digital strategy.

“People who take [engagement editor] positions, I think they want to be in control of their destiny,” Federman said. “I’d like to be the captain and know where the ship is going instead of rowing directly into the beach.”

To help navigate their relationship with digital audiences, news outlets across the country are hiring engagement editors – jobs that are critical as the number of publishing platforms expands, the ability for users to interact with journalists and media outlets increases, and the metrics used to measure content popularity become more sophisticated.

The wide variance in job titles and descriptions makes it difficult to quantify how many newsrooms employ an engagement editor. But scroll through job advertisements, and it’s clear that audience engagement has become a priority in newsroom hiring.

“It’s definitely a new position,” said Buttry, who has worked as a director of community engagement for TBD, director of community engagement and social media at Journal Register Co. and is the former digital transformation editor at Digital First Media. “I worked in newsrooms most of my career and we never had anyone whose job it was to engage the community. It’s an evolutionary thing.”

Audience engagement once meant fielding reader complaints, publishing letters to the editor and creating reader polls – responsibilities often split among several editors. Buttry said news outlets came to recognize that they weren’t doing enough to engage their audiences and could do so with increasing ease given new digital platforms.

Engagement editors are tasked with determining how and where to reach readers.

“It’s primarily a way to get the community involved in coverage of the news and in conversation about the news,” Buttry said.

Five engagement editors who represent a diverse set of newsrooms spoke at length about their journalism backgrounds and current job duties.

Shannan Bowen, director of audience engagement at The Hill.

Though they have unconventional newsroom positions, many engagement editors began in more traditional roles. Shannan Bowen, director of audience engagement at The Hill, launched her journalism career as a print news reporter in North Carolina. John Colucci, engagement editor at Engadget, was a panelist for a regional television network and a teen correspondent for CBS News. Ryan Kellett, audience and engagement editor at The Washington Post, was a college blogger.

Several have work experience outside of journalism. Federman was a retail manager. Colucci was a project manager for retail companies, did marketing for Virgin America and was a corporate consultant.

Before being hired as an engagement editor, Bowen earned a master’s degree in media entrepreneurship and was a digital content and social media strategist at The Atlantic’s in-house digital consultancy, Atlantic Media Strategies. Kellett was NPR’s first social media intern and wrote user polls, moderated comments and was a national digital editor at the Post. John Ketchum, engagement editor at The Center for Public Integrity, was a producer for NPR’s Morning Edition and helped with social media outreach.

All five engagement editors are young and early in their careers. But they agreed that youth isn’t a prerequisite for the job and that some newsroom experience is required.

“The [top] editors wanted someone who thought differently about ways to package and present investigative news,” Ketchum said. “You can’t determine what you want to do differently if it’s the first thing you’ve done.”

Among the other job requirements mentioned by the engagement editors: understanding how newsrooms operate and are funded, curiosity and knowledge about new publishing platforms, and an ability to think analytically.

Ketchum describes his role as being “a vessel between the audience and the staff.” He’s in editorial meetings with journalists who publish in-depth investigative projects. Ketchum said he thinks about “the best ways to break investigative journalism down in a way that people can understand,” including data visualizations and video explainers.

Engagement editors typically have a seat at news budget meetings so they know in advance what larger pieces to promote. But much of their time is spent deciding when and where to recirculate content that’s already been published in order to increase readership.

Working with reporters and editors is only part of the job. Engagement editors, typically considered editorial employees, regularly coordinate with colleagues on the business side.

Colucci, who began in a marketing role at Engadget before being moved under editorial, still works closely with the marketing staff to promote live events and with the site’s product team on projects such as designing  the site’s social sharing buttons. Bowen said her goal is to “align our strategies for content, digital platforms, social media and revenue.” That means discussing plans with The Hill’s publisher, marketing director, events director and editorial team.

“Community engagement has a promotional value but it’s not about promotion,” Buttry said. “It’s about doing better journalism.”

Using social media to promote news content and upcoming events is commonly the responsibility of engagement editors, all but one of whom interviewed manage (often with a small team) their newsroom’s social media accounts.

Ketchum said nearly half of his job involves social media outreach – a mixture of pushing content to users and engaging them in conversation. The latter task may involve posing questions, crowdsourcing and curating user-generated content.

“One of my big problems with social media is that people are using it solely as a promotional tool,” Ketchum said. “It’s also a great tool to talk with audience members and see what they are thinking.”

Engagement editors often have the green light to publish on social media without oversight – though they may seek out a reporter or editor’s advice about tone or wording. And they may share stewardship of social media accounts with other newsroom employees on weekends or during breaking news.

Another common duty is coaching reporters and editors on how to use social media as a reporting and networking tool. Some engagement editors are in charge of creating newsroom social media manuals.

Kellett, who manages what’s referred to by many Post employees as “the social team,” said giving social media advice to colleagues is a big part of the job.

“I talk with reporters and editors constantly about using social media for reporting, distribution and engagement,” Kellett said in an e-mail. “I love sitting down to devise a personalized social strategy with a reporter.”

Determining how to make best use of new social media platforms, what content is trending across the web, and when and where to post original content are common job responsibilities for engagement editors.

Colucci said the majority of his job involves looking at the site’s content management system, examining analytics and determining how to recirculate content on Engadget’s site. He trains editors to look beyond Facebook likes and Twitter retweets and to analyze more nuanced audience metrics.

Bowen uses analytics to make recommendations about audience engagement strategies and revenue-generating opportunities. She helps reporters think about ways to increase web traffic and social referrals, as well as how to find sources, stories and interact with readers through social media. She produces audience trend reports and tracks mentions of the news outlet through social media and other channels.

Ketchum said two days out of his week are often dedicated to analytics. He works with a data analyst to review the performance of articles and social media posts. Kellett said he looks closely at analytics but primarily relies on colleagues in the research department to track and interpret the data.

Federman, one of two engagement editors at Fortune, has a monitor that’s dedicated solely to Chartbeat.

“I’m looking at it constantly,” he said. “I tend to trust the data more than I trust my gut. People sometimes think we dabble in dark magic, but we are just looking at numbers.”

Keeping up with changes in technology is another major part of his job.

“With this job you can’t feel like you know everything,” Federman said. “One day Google or Facebook will alter their algorithm. You have to be totally open to change. If you don’t have an adaptive personality it’s a difficult job.”

Strategizing in private and engaging the public

The engagement editor job is a mix of internal planning and public outreach. Social media strategizing and data analysis are examples of the former. Public engagement is more than just reaching audiences through social media or live events. Buttry has written about initiatives, such as news lounges and cafes, that bring readers into the newsroom or bring the newsroom to readers.

Kellett was involved in the creation of The Coral Project, a collaborative initiative to build community on news sites. He and his team often interact with readers in the comments section and through Washington Post Live online chats with journalists and newsmakers.

Ketchum reaches out via e-mail to individuals and interest groups who may be interested in a specific investigative article. Colucci produces a daily and weekend e-mail for Engadget readers. Bowen curates content during live events such as the White House Correspondents’ Dinner.

Engagement editors are in constant conversation with colleagues about how to connect with audiences.

“A good engagement editor may eventually work [him or herself] out of a job because the whole newsroom is thinking about engagement,” Buttry said.

But that time hasn’t yet come.