Why More Families Are Choosing to Cut the Cable Cord 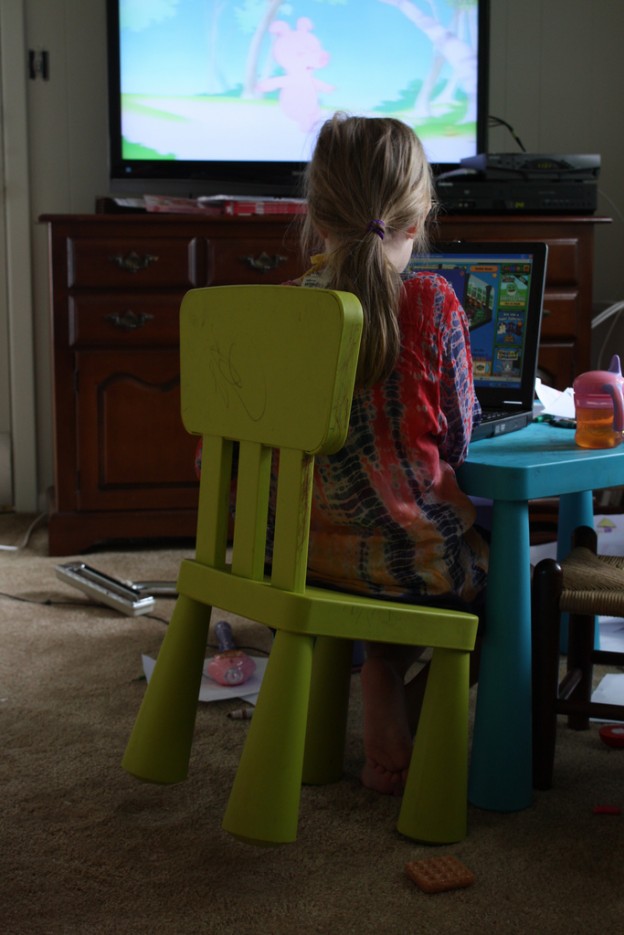 Photo by Sarah Ross on Flickr and used here with Creative Commons license.

The following opinion piece is a guest post and does not represent the opinions of this publication. Read more about MediaShift guest posts here.

"Plenty of families I know have cut the cord, in an effort to better control and monitor what their children can watch and have access to."

That’s the buzz around town, despite the efforts of the cable industry to assert that claims of its death have been greatly exaggerated.

Yet major changes are rapidly creating a way for those who wish to do without cable television to still watch content that they choose.

Players like Netflix, Amazon Prime, and more recently, Dish Network’s Sling TV service, are giving consumers the ability to choose and pay for only the television content they want – without having to pay for a costly cable bill that increases every year without fail, and without having to pay for offensive or explicit content that’s “bundled” into every cable subscription.

Families are especially attuned to these new and expanding options, given that normally they have to pay for cable networks like MTV or VH1 just to have access for their children to watch the Disney Channel or Sprout. This is a primary concern for many families, given the barrage of harmful and negative media content that is found on cable television today.

Cable TV often seems like the Wild West, as the “anything goes” attitude gives us shows that shock, titillate, and offend. Among them are VH1’s “Dating Naked,” a dating reality show featuring nude contestants; WE’s live sex show “Sex Box”; and VH1’s “Walk of Shame Shuttle,” a reality show in which contestants go into graphic detail about their hookups the previous night. And there is plenty of graphically violent content on shows like AMC’s “The Walking Dead” or FX’s “American Horror Story,” which can be easily accessed and watched by children. No doubt some adults may want that content, but many families have told me that they would prefer not to have access to or pay for those basic cable networks.

What is clear is that the cable television industry has to respond and ultimately change its business model or start receiving R.I.P. messages.

At the heart of this matter is the anti-competitive nature of the cable industry and its one-size-fits-all business model. Consumers are getting used to having more choices, such as being able to purchase individual songs vs. entire albums in the music industry. But this is not so in the cable industry.

The cable industry operates like a cartel because it can – there is no other competition. For instance, more than $100 of our annual cable bills go to the ESPN networks, regardless of whether we are sports fans. Media outlets have reported that the ESPN networks, owned by ABC/Disney and forced onto every cable subscriber, reflects nearly 20 percent of the wholesale cost of cable programming; yet it reflects only 2 percent of viewership.

And subscribers likely aren’t watching more channels than they were a year ago, but they are receiving more channels – which they probably don’t want – and paying higher monthly cable bills because of it.

Currently, families can join the ranks of the cord-cutters. Plenty of families I know have cut the cord, in an effort to better control and monitor what their children watch and have access to. Increased numbers of cord cutters will certainly send a signal to the cable industry.

But for some families that may not be the best solution for a variety of reasons. They may want to keep their cable subscriptions but would prefer the ability to choose a smaller package of networks that they consider more family-friendly.

We at the Parents Television Council have long advocated for a “Cable Choice” solution, which would offer subscribers the ability to choose and pay for only the cable networks they want. Whether this comes in the form of choosing channels “a la carte” or choosing a smaller package of channels, this is a free market solution that is within the realm of possibility.

Our neighbor to the north, Canada, recently ruled that cable and satellite providers must offer subscribers a way to choose and pay for only the networks they want.

The U.S. should follow Canada’s shining example and give cable customers real freedom of choice in this country. Congress and the FCC could craft such a solution, or the cable industry could implement change on its own.

Regardless of what happens, families need to be at the forefront of any changes. Protecting children from the barrage of toxic media is one of the main reasons why families want “Cable Choice.”

Momentum is building against the current cable television model. Will the industry take the cues that it may be on its deathbed or will it return to health by rising to the challenge of providing consumers with real choice? Only time will tell.

Tim Winter is the president of the Parents Television Council, a nonpartisan education organization advocating responsible entertainment, currently celebrating its 20th anniversary. (www.parentstv.org) Mr. Winter spent over 20 years in broadcasting, cable and digital media, including 15 years at NBC where he helped to manage the network’s financial interest in two dozen cable networks.