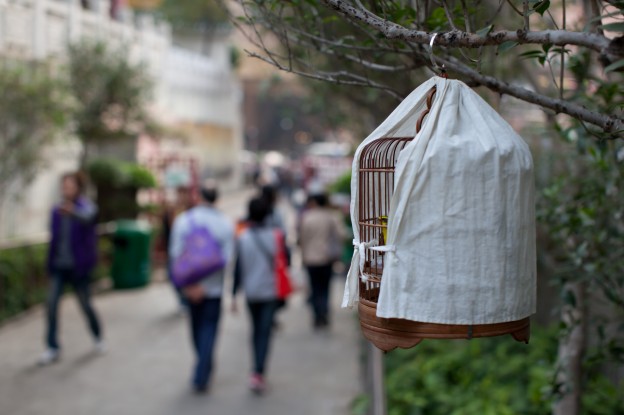 It is woven throughout most of my work. I work on projects aimed to help diversify our industry and also write about trying to hold us accountable to it.

"I preach diversity. But, who holds me accountable? Am I practicing what I preach?"

But, who holds me accountable? Am I practicing what I preach?

Awhile back I heard a great segment on On The Media with BuzzFeed writer Katie Notopoulos, who created a holiday called Unfollow a Man Day. The piece originally aired on the tldr podcast.

This all started when Notopoulos realized she was following a ton of dudes on Twitter, rather than other women and she decided to do something about it. She actively took steps to change the ratio on who she followed and that eventually led to the “holiday.”

She explains it here: Why I Created The #UnfollowAMan Movement

That got me thinking. Attempting to practice what I preach, I had already consciously been trying to diversify who I follow on Twitter for about the past year.

I never want to be caught in an echo chamber. I have also learned that I get a competitive advantage when I hear outside voices, instead of just hearing the same people from within the journalism industry.

But while my diverse follow was a conscious act, I still don’t know if I have struck the right balance.

So, why not find out? How can I expect others to change the ratio, if I am not doing it myself?

And that’s how my self-imposed gender audit began.

Late one night I began to put the nearly 1,000 people I follow on Twitter onto a male and female list. I decided to be public about the lists, in order to be transparent.

I just got added to @webjournalist‘s Male list. Not sure what to make of that.

After a few more curious tweets I whipped up a quick blog post explaining what I was attempting to do. I also eventually changed the name of the lists to Gender Audit Proj: Female and Gender Audit Proj: Male, to be more clear on what I am doing.

With the project I was hoping to achieve a couple of things:

There is such a thing as Black Twitter, Latino Twitter, non-English Twitter… but most users don’t know (or care) because they follow people and communities they know… or reflect their experiences. (All of this has implications as Ethan Zuckerman points out in this piece looking at reactions to the story of Ferguson, Missouri on social media.)

Let me be clear about this project and how I use the social platform: Twitter and this audit are for me. I use Twitter as a tool that benefits my knowledge. And now, with this audit, I used Twitter lists to benefit me as well. I was dying to know the results to see if I can spot any patterns. I was coming in with no assumptions open to whatever results came.

And, for the record, I didn’t care if this was scientific or not. This was me grouping subjective follows along gender lines to see if anything emerges. I’m more a hackademic, not an academic anyway.

Because the follows are displayed in chronological order, I immediately saw that my recent moves to diversify my follows was working… but overall I still have some work to do.

Now, after reading this post, I want to invite/challenge you to do the same thing.

Find out if your stream is skewed by following one community more than another… hell, check to see if you have a bias.

Let me know the results by tweeting out using the hashtag #GenderAudit. Others have already tried this and I’d love to add your results to the mix.

@webjournalist My gender audit: Following 446 men, 409 women. Thanks for the idea.

Steering Girls to Science and Tech Careers, by  Katherine Krueger

The Rise (and Fall) of Female Editors, Julie Posetti

Robert Hernandez has made a name for himself as a journalist of the Web, not just on the Web. His primary focus is exploring and developing the intersection of technology and journalism – to empower people, inform reporting and storytelling, engage community, improve distribution and, whenever possible, enhance revenue. He is an Associate Professor of Professional Practice at USC Annenberg School for Communication and Journalism, but he’s not an academic… he’s more of a “hackademic” and specializes in “MacGyvering” Web journalism solutions. He has worked for seattletimes.com, SFGate.com, eXaminer.com, La Prensa Gráfica, among others. Hernandez is also the co-founder of #wjchat and creator of Learn Code for Journalism with Me project. He is currently serving on the Online News Association board and a lifetime member of the National Association of Hispanic Journalists.