How Journalism Schools Can Address the Gender Gap 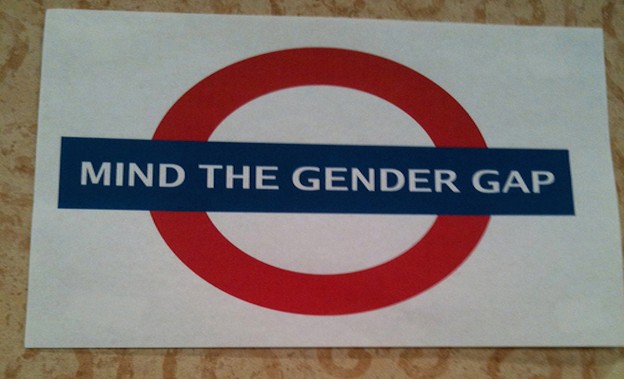 In a year where firebrand journalists were hailed “disrupters” and lauded for boldly shaking up the establishment while blazing a trail for the future of online journalism, the beneficiaries have been starkly homogenous: Nearly all were male, and the vast majority were white.

Due in no small part to the rise of brands like Vox, FiveThirtyEight and First Look Media, demand for data visualization, interactive and web development has reached a fever pitch. But critics have rightly asked: Where are women’s success stories?

“If there were more formal, institutionalized ways [to teach code], women might find it more approachable, and the social barriers would go away if it was coursework." - Nikki Usher

The lack of gender diversity in journalism is hardly a new problem. In 2014, only 37 percent of bylines in the nation’s 10 most circulated papers came from women. The firing of two prominent female editors, Jill Abramson at The New York Times and Natalie Nougayrèd at Le Monde, drew attention to the fact that while as many women as men enter the field after graduation, only one-third of journalists with 20-plus years of experience are women, a Nieman Lab report found. While there’s not yet an organization tracking numbers of women in digital journalism and news startup roles, the gender breakdown is said to echo that of the legacy media companies — which is hardly a realization of the egalitarian promise of web-based publishing.

But it’s not because women are gravitating away from journalism education — between 70 and 76 percent of j-school graduates over the last decade have been women.

This puts journalism schools, which are likely the last formal community for women to learn new skills before entering the professional workforce, in a unique position to address these gaps.

A gender gap years in the making

It’s a well-documented phenomenon that in elementary school, male and female students perform equally well in science and math classes. But in the years before they reach high school, students are exposed to the stereotypes that women are more adept for the humanities, while STEM (shorthand for science, technology, engineering and mathematics) is reserved for and encouraged in men.

In high school, the numbers reflect the effects of internalizing those attitudes: Fewer girls than boys aspire to working in STEM fields, and girls report their math skills to be worse than boys do, even when their achievements are the same.

By college, Nikki Usher, an associate professor at George Washington University, said female students are coming to her office hours to voice concerns about learning web development. Among their litany of concerns are the perceptions that they’ll have to spend an inordinate amount of time learning to code, that they’ll be left to do it all on their own or that they’ll be seen as nerdy.

“[They’re] self-conscious … you can’t discount the tremendous social pressure there is on women in college,” Usher said. “If there were more formal, institutionalized ways [to teach code], women might find it more approachable, and the social barriers would go away if it was coursework.”

Bringing technology to the forefront in journalism schools

McAdams teaches an advanced web development course. Because it’s the second of a two-course elective track, she said students are “kind of brave” to take the class and are often afraid they’ll perform poorly.

She said it’s critical to tailor the methods of instruction for a room of communications, rather than computer science, majors who may come into class with no programming experience or higher math skills. Some of her students had tried a CS class before but dropped after the course picked up speed and left them feeling “like they [were] in a foreign country,” she said. By making no assumptions about the numeracy skills students are coming in with and assigning practice that isn’t solely reliant on textbook-based problem sets, McAdams said students generally leave the course feeling more confident.

While McAdams’ students reflect positively on their time in the course, she said exposing students to a single coding class in J-School likely doesn’t mean they’re fully prepared for full-time programming work after graduation. A more effective way to create a pipeline of skilled female graduates ready to enter these positions would be to foster more coordination between journalism and computer science departments to integrate data and web development at multiple levels of the curriculum. Because women represent the majority of communications students, there exists a “special chance to help girls discover coding because they’re the norm here [in journalism schools].”

Meredith Broussard, an assistant data journalism professor at Temple University, said educators should be cognizant of the subtle social forces that actively discourage women from entering STEM fields in order to work against them.

“Computational thinking is not easy, so a diverse, inclusive classroom is the one that gives the most students the greatest outcome,” she said.

Broussard also said she works to create a positive classroom environment by designing activities that students will grapple with but will also allow for small victories as reinforcement along the way.

Several years back, Chrys Wu arrived at a New York City developers meetup where she was the only woman, hardly a rarity. This time, everyone turned to stare at her as the speaker said: “You must be here for the free pizza.”

It was one experience that drove Wu, developer advocate at the Times, to start NYC Ruby Women, a group where women of all programming skill levels meet for monthly “hack and chat” sessions, where attendees can talk, take time to work on their independent projects, and learn from other women in a casual, non-judgemental space. The group provides a community removed from the male-dominated work space which in technology fields can prove “vicious, competitive and lonely,” she said. For Wu, the group also provides “another outlet to express my whole being.”

“There are so few women who program or want to program that they need to be in an environment where they feel normal,” Wu said. “[This women’s coding group] exists because we still need it.”

With the skills that were once housed in STEM fields finding a foothold in digital journalism, some say the gender equality problems that plague the tech sector — where just 27 percent of the workforce is women — are following.

Since Ruby Women’s founding, there’s been a boom for women’s events in a move to capture that inclusive ethos and support women in technology-driven journalism. One such event, dubbed Hack the Gender Gap, is a first-of-its-kind women’s-only hackathon on wearables, set for Oct. 24 to 26 at the University of West Virginia’s Reed College of Media (and produced by PBS MediaShift). The event is open to all college students, faculty and professional women and will kick off with a discussion on women in technology, telecast from Google’s headquarters in California.

Event details for the MediaShift and WVU Women’s Hackathon.

It’s difficult to talk about solving the gender divide that exists in one field as a microcosm of decades-old interactions among a complex web of social, political and economic factors.

For Lindsey Cook, a recent University of Georgia journalism and computer science graduate, addressing the gender gap simply meant trying to leave the institution better than when she stepped on campus.

Cook, now a data reporter at U.S. News, said one way for journalism schools to tackle the gender divide is to make all students learning to code a priority. For computer science departments, it’s the acknowledgement that learning to write could also be beneficial to students learning programming, that it’s not “all give and no take,” she said.

On a social level, Cook emphasized the power of striking the maxim that journalists get into the field so they won’t have to do math from the conversation: “That’s not what journalism is anymore,” she said.

She added it’s not a problem of resources — any number of resources to learn to code are available online — but a lack of interest and exposure to the paths available for coder-journalists that is deepening the divide.

“Students are legitimately afraid of learning CS,” she said. “Women need to be more confident in their tech and coding abilities, which is a much harder problem to solve than a lack of resources.”

Wu says elevating the work of journalists from diverse backgrounds will also be a motivator for young girls to learn to code or stick with STEM, pointing to the Grace Hopper Celebration of Women in Computing as one example.

As more women enter technology-driven journalism and are celebrated for their work, the more attractive the field will become to “all sorts of people,” she said.

Without gender balance in digital journalism, the perspectives represented are limited, and outlets are not serving their readers’ diverse needs, Broussard said.

“Women get channeled away from STEM much earlier than college, and it’s a problem we need to work on resolving as a society,” she said. “Having a diverse workforce is critical to serving the needs of people in a participatory democracy.”

Katherine Krueger is a recent journalism graduate from the University of Wisconsin-Madison and former editor-in-chief of The Badger Herald. You can find her tweeting frequently at @kath_krueger and blogging at katherinekrueger.com. She is hoping to continue her journalism career in New York.