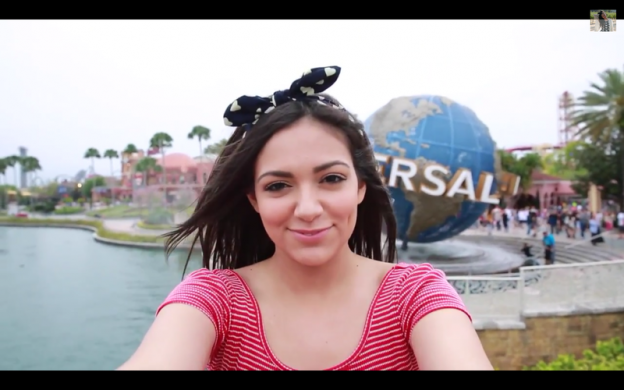 The TV ad market is still a $78 billion dollar industry, and the amount of ad dollars it commands has grown every year since 2009. But the growth of that spending is shrinking year-over-year, leaving some wondering if ad money is finally flowing away from TV and onto the internet. The sale price for a prime-time TV spot has declined since a high point in 2009, when the average price was $8,900 for a 30 second commercial. Last year, the price to buy ad space at the same time was down to $7,800. Digital media players think this is their year to attract big money and even more viewers to their devices. They’ve shown their confidence each year with their version of the TV Upfonts, the Digital NewFronts, where they are using the same playbook to attract and dazzle ad buyers by previewing their new and renewed programming.

This week on the podcast we’ll discuss the NewFronts and find out how much Madison Avenue is buying into digital and online video. Special guests Dawn Chmielewski of Re/code and Jeanine Poggi from AdAge will join regulars Andrew Lih of American University, Fannie Cohen of PBS MediaShift and host Mark Glaser.

Jeanine Poggi is a TV reporter at Advertising Age where she covers how broadcast and cable networks and distributors are adopting to the changes in the world of TV advertising. She joined Advertising Age in 2012, following six years covering the retail and media industries and other financial sectors for Women’s Wear Daily, Forbes and TheStreet.

Dawn Chmielewski covers mobile, devices and digital media computing for Re/code from the Los Angeles area. She is a veteran journalist, most recently at the Los Angeles Times, where she worked for eight years as an entertainment writer responsible for covering two of the world’s largest entertainment conglomerates, Walt Disney Co. and News Corp. (now 21st Century Fox). More recently, she has turned her attention to digital media — profiling new players shaking up the Hollywood status quo.

What many digital outlets are realizing is that they have to spend like a TV network if they want to be taken seriously by ad buyers. Established players in streaming video such as Hulu, Netflix, AOL, Crackle and YouTube have put on big shows and spent millions of dollars promoting their stars — some homegrown and others from the old TV box. YouTube has papered most urban centers with ad campaigns showing off their self-made stars Michele Phan and Bethany Mota; AOL boasts a slate of shows with Nicole Richie, Sarah Jessica Parker, Steve Buscemi and iJustine; Crackle has renewed Jerry Seinfeld getting coffee in cars, and has tapped Bryan Cranston to produce a comedy; and Hulu is renewing 6 of its original series. Hulu’s CEO Mike Hopkins pledged to spend “billions” on creating new content over the next few years.

Madison Avenue is listening. Major advertisers such as Mastercard and Verizon Wireless have spent a portion of their TV ad budget in digital, which is new. A few years ago, digital ad buys were taken out of print and display budgets, but since video content and audience measurements have improved, more ad buyers are opting to spend online rather than on TV. Advertisers are increasingly aware that people are spending more time online, and that those people — the crucially 18- to 34-year-old demo — spends more time online than they do watching traditional TV.

While traditional and digital media compete with each other to attract, and maintain, ad spending, they are adopting each other’s practices. Some TV networks are slowly implementing programmatic sales — the ability to purchase ad slots using software, an automated process that’s become vogue online. But the TV business is moving toward automated sales very slowly. Conversely, AOL announced they will be using the TV rating system Nielsen to track audience data for their buyers. AOL believes Nielsen will provide more frequent audience measures, much like those that TV ad buyers are used to.