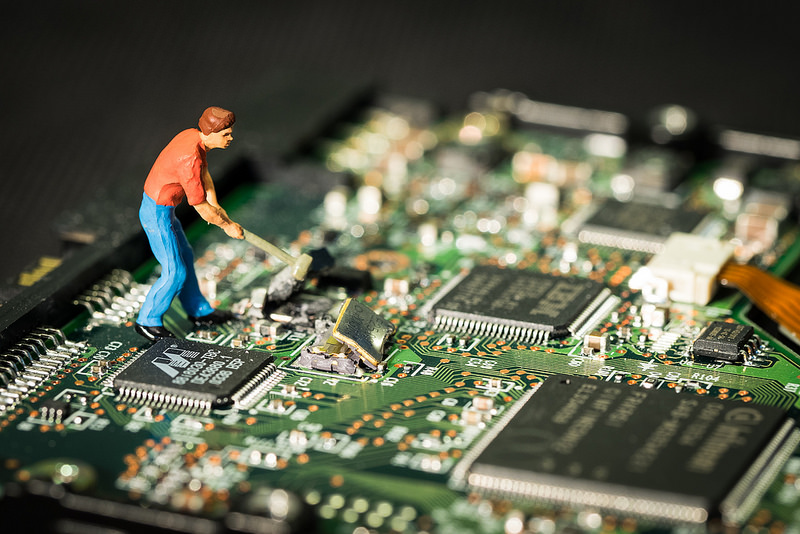 Technical attacks ranging from 1:1 hacking incidents to full-on DDoS (distributed denial of service) attacks have become an increasingly common tactic for silencing critical voices on the internet. Two examples of this threat have emerged in recent weeks in Azerbaijan and the Philippines.

The attacks appear to be part of a broad campaign to quell online dissent in Azerbaijan in the lead-up to presidential elections this October.

Independent news site MeydanTV was one of those targeted in a wave of attacks on the websites, Facebook pages and email accounts of Azerbaijani dissidents and their supporters. Meydan TV, which has provided routine coverage of politics and social movements (despite clear and present risks), had its Facebook account hacked, resulting in the loss of years’ worth of posts and 100,000 followers.

The attacks appear to be part of a broad campaign to quell online dissent in Azerbaijan in the lead-up to presidential elections this October. Another such measure came with legal amendments in 2017 that enabled the government to block websites including MeydanTV and the independent news sites Azadliq, Radio Azatliq, Turan TV, and Azerbaijan Hour on “national security” grounds.

Across the ocean in the Philippines, independent media site Kodao is facing a powerful attack that has left it offline for a week, as of February 8.

The National Union of Journalists of the Philippines (NUJP) condemned the attack and reported that it was the result of a “code injection” against Kodao’s WordPress site that has prevented technicians and staff from logging in.

Referencing the Duterte government’s recent attempt to revoke the license of Rappler, another prominent independent news site in the Philippines, the NUJP said it “sees the attack on Kodao as part of the Duterte government’s efforts to silence critical media, as seen in the continuing attempt to shut down Rappler, threaten other news outfits, and other voices of dissent.”

Although he is currently in exile in the UK, Kuwaiti citizen Abdullah al-Saleh was convicted in absentia by a Kuwaiti court of multiple charges of insulting the UAE, Bahrain and Saudi Arabia in his online postings. He was sentenced to a cumulative total of 31 years in prison. Al-Saleh is a prominent blogger, YouTuber and social media voice, with more than 106,000 followers on Twitter. Among other political commentary, al-Saleh has openly criticized the Saudi-led diplomatic blockade against Qatar.

BBC Indonesia editor Rebecca Henschke was asked to leave the remote Indonesian island region of Papua after military officials said that she had “hurt the feelings of TNI (Indonesian military) personnel” with a tweet. Henschke was reporting on a massive outbreak of measles and chickenpox in Papua that has claimed the lives of at least 61 children. The tweet, which Henschke has since taken down, cast doubt on the quality of food being brought to malnourished children by the Indonesian military.

The open-source web publishing tool known as the Accelerated Mobile Pages project, run by Google, was blocked in Egypt on February 2. The project has been a boon for independent Egyptian media sites that would otherwise be completely blocked and thus difficult to run from inside the country. Like many other smaller websites in Egypt, news outlet and Global Voices partner Mada Masr has been using the platform since its site was blocked in May 2017.

Lawmakers in Honduras are reviewing legislation that seeks to regulate hate speech, insults, threats, and incitement to violence on the internet. The law would place the burden of to determining what content does (or does not) qualify as offending content on private internet platforms like Facebook and Twitter. Companies that fail to comply will face financial penalties. In a critical analysis of the law for Chilean NGO Derechos Digitales, policy expert Juan Carlos Lara explained:

The regulation of online expression in Honduras is emerging in a pivotal political moment, where press freedom is at risk, recent elections have been marked by protests and violence, and social media networks were a key factor in social mobilization.

Control over Apple’s iCloud in China will be transferred on February 28 to Guizhou-Cloud Big Data (GCBD), a company owned by the Guizhou provincial government. Although Apple says it has strong data privacy and security protections in place, and “no backdoors will be created into any of [their] systems,” GCBD will have access to all user data — including content of communications — according to a newly added clause in the agreement that iCloud users in China must accept.

Reporters Without Borders is urging journalists and bloggers to quit iCloud. The press freedom watchdog voiced concerns that the transition will pose a threat to the security of journalists and their personal data.

YouTube announced plans to start labeling content that is posted by governments or government-funded news and information sources. A company blog post about the change said: “Our goal is to equip users with additional information to help them better understand the sources of news content that they choose to watch on YouTube.” In its initial phase, this feature will only be functional in the U.S.

Put a patent on it: Facebook has a socioeconomic status calculator

Researchers pointed out last week that Facebook has secured a patent for a technical process that effectively measures a person’s socioeconomic status. The process assigns value to factors like home ownership, travel history and education level, and appears to be part of Facebook’s broader strategy for targeted advertisement.

The Spanish city of Barcelona announced plans to transition all applications on city government computers away from Microsoft and replace them with open source alternatives. This year, 70% of the city’s software budget will go toward developing open source software.