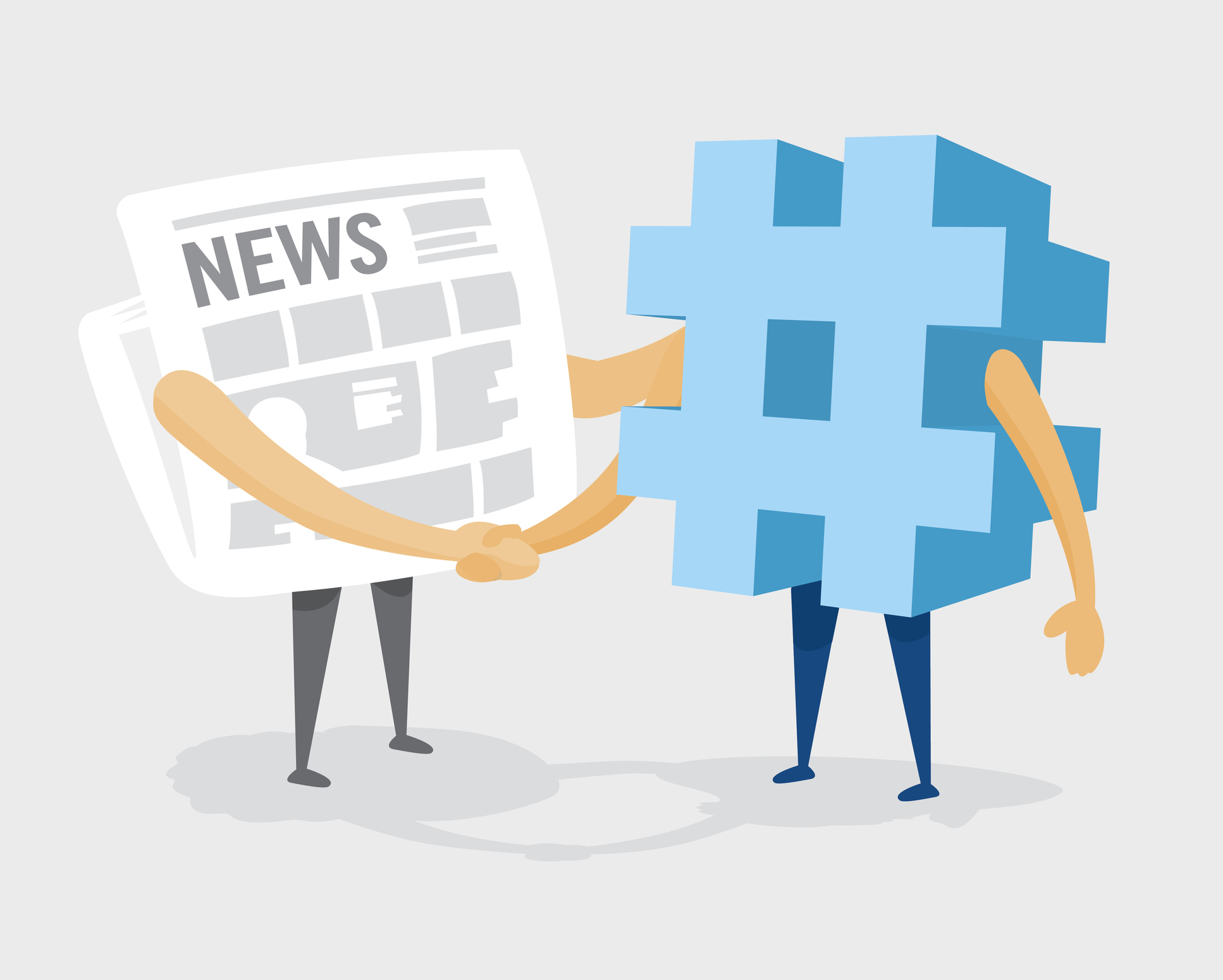 Are you in a newsroom right now? Take a look at your social media team. What are they doing?

Most likely, they’re posting stories from your staff on Twitter and Facebook. They’re checking Google Analytics or Parse.ly or Chartbeat to see if those links are successfully penetrating the fickle social media universe. They’re explaining to another young reporter why she needs to change the name on her Twitter account to, well, anything else but @FoxyGrrrl15.

"Social media efforts in newsrooms have changed little since their adoption of Twitter and Facebook about 10 years ago. The social media universe, however, has changed considerably."

What’s that? You don’t have a social media team anymore? It was abandoned in the pivot to video, or maybe during the third round of staff cuts since April? In that case, someone might remember to post a photo on Instagram in between remaking the home page and writing a city council meeting brief.

A decade ago, Facebook, Twitter and subsequent platforms were viewed suspiciously by some people in newsrooms and greeted with hope by others. But in so many average American newsrooms today, the years have not been kind to those who work with social media.

A 2017 American Press Institute survey of 59 newsrooms across the country shows that many social media teams and activities have been decimated by staff cuts and newsroom reorganization. Others have remained intact or grown, but still struggle with lack of leadership, weak (if any) strategy, and a lot of random daily tasks.

The survey, along with dozens of interviews with social media journalists and experts, generally shows that social media efforts in newsrooms have changed little since their adoption of Twitter and Facebook about 10 years ago. The social media universe, however, has changed considerably:

But while the social media industry has grown larger and more sophisticated, training for social media journalists in many newsrooms is typically non-existent or consists of “on the job” learning.

And the people being hired to handle social media are often “entry-level” with little experience in the journalism world.  That doesn’t make sense to social media veterans.

“In a news environment, social media is the most grueling job in the newsroom,” says Elyse Siegel, an audience development expert who’s worked at Huffington Post and now is managing editor at Swirled.

Even today, social media teams are sometimes isolated and not considered an integral part of a newsroom’s journalistic mission. Said one experienced social media journalist in our survey: “…we’re the second-class citizens of the newsroom, not real journalists.”

As we approach a new year and, importantly,  the 2018 elections, it’s time to take a close look at how newsrooms can reinvent their social media efforts to accomplish three essential functions of journalism:

Finding and fighting misinformation, as journalists on the front lines of “fake news”;

Engaging audiences with a goal of increasing trust in professional reporting;

Participating as full partners in the newsroom’s accountability reporting efforts.

That sounds like a heavy load, but here’s the good news: There are changes that can be relatively easy to make but still have great potential in addressing your newsroom’s current and future challenges. Other ideas might be a bit more complex but, we believe, are ultimately achievable.

So take these 10 tips along to your 2018 planning and strategy meeting, and let us know how we can help:

If you’re lucky enough to have a job opening in 2018, don’t pull that old job description out of the drawer. Hire an experienced journalist — just as you would for a newsroom reporting job. Here’s an aspirational job posting written by veteran social media editor Scott Kleinberg. Find more hiring ideas in our report.

2) Get training on identifying misinformation and other fake content.

Now is not the time to make the embarrassing mistake of tweeting a fake photo or fictitious news story. Verification is a key element of journalism, but when it comes to social media, a surprising number of journalists don’t know the  basics. Learn more about bots and fake accounts  and how to spot, block and report them; how to identify falsified photos, audio and video; and other basics of verification.

3) Stop posting all those links.

By far the most common activity reported by respondents to our survey was “posting links to stories.” Re-evaluate the amount of time you’re spending repetitively posting links. A common strategy by sophisticated social media teams is to choose only one to three stories per day — content most likely to get traction — and spend time instead on other activities that may be more fruitful.

4) Get to know your community, through data.

Do you really know who lives in your community? We found that many journalists aren’t even familiar with their regional census data, which is easily accessed and potentially eye-opening. Find out who’s buying your newspaper, paying for your app and subscribing online by talking with your marketing and circulation department. Knowing your demographics is the first step in figuring out your social strategy.

5) Meet your audiences, in person.

Now’s a good time to plan community events for 2018. Even the smallest event — a meet-and-greet happy hour, a “fake news” workshop with the local library, a blood drive or a bar trivia night — gives you a chance to glean useful information from your audiences and potential audiences.

6) Learn how to deal with fact-resistant audiences.

It’s not enough to simply learn how to identify and flag misinformation. The next step is understanding why and how people are disseminating that information, and how to lessen its effect. This will take some psychology (which you probably didn’t learn in journalism school so just read this) but you may save the internet from one more piece of misinformation. And who knows, you may win a fan or two.

7) Create a strategy and goals that go beyond page views.

First, find out if your social media team even has a strategic plan, or if social media is included in your newsroom’s overall planning for 2018 and beyond. Rather than focusing on collecting friends, followers and page views, think about how to create a more loyal and engaged audience. Here are tips from nine experts in audience engagement.

8) Provide quality training so that people can execute that strategy and meet those goals.

This doesn’t have to be expensive:

9) Experiment with social-only content created by your social team.

Forbes’ “social-first” strategy provides good examples of content created by the social media team specifically for the organization’s vast social media audiences. As this Digiday story explains, the Forbes team not only creates content, they identify topics of interest on social platforms and assign them to other newsroom reporters.

10) Involve social media staff at the inception of every big story or project.

Jane Elizabeth is director of accountability journalism at the American Press Institute. This study was supported in part through a Knight-Nieman fellowship at Harvard University.