The Problem with Short-Sighted Metrics 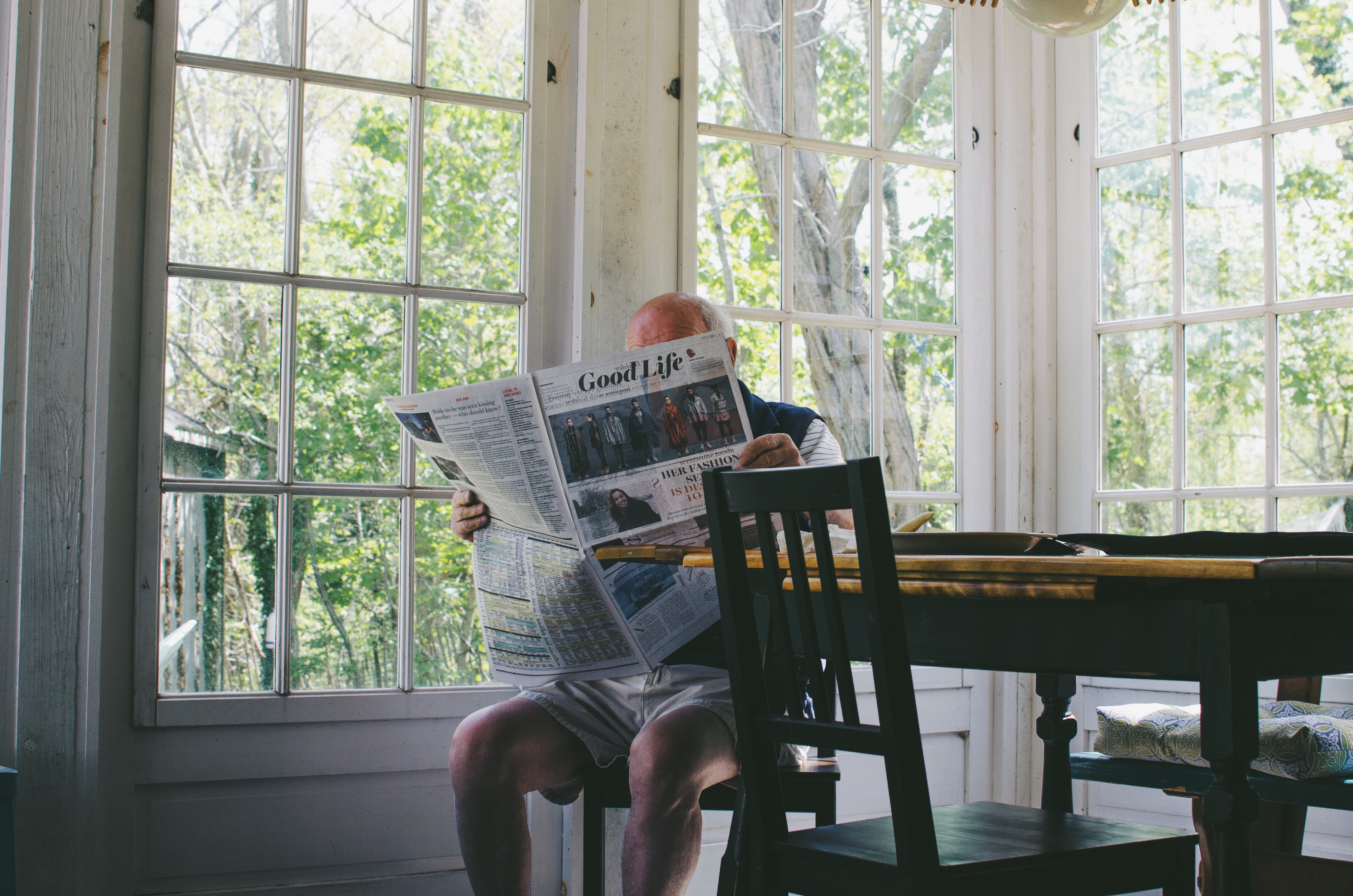 Young Howard Cigelske managed chickens and hogs, landscaped on the farm and planted hybrid popcorn. He was also my grandpa and at his funeral I found a newspaper clipping that talked about him at age 17. The reporter who wrote the story noted he wasn’t a boy with a lot of free time.

You learn about relatives at their funeral through people who knew them in different avenues of life and at different ages. But this newspaper article, in particular, left a big impression on me. It froze an era in time. It helped me see my grandpa as a hard-working teenager growing up through the Depression, not just the 83-year-old grandfather that I had come to know.

That newspaper article came out in 1942, and somehow stuck around for 66 years to find its way into a funeral home where I read it in 2008.

The impact of that article is hard to measure. The writer clearly had no idea that it would appear at the subject’s funeral 66 years later, where it would be read by generations of family members. But the legacy of that one yellowed piece of newsprint continues to live on as I write this for the internet.

Today, publishers have many metrics that measure media impact. They use tools that optimize for pageviews, total time reading, engagement, commenting and sharing. They all measure what’s trendy and trending. What seems to be lacking, however, is a media metric that measures enduring long-term impact.

So much of the content that flows through the media ecosystem is about what’s new, what’s breaking and what’s happening right now. But as we continue to see the media world speed up, some are also slowing down and peering backward to look forward.

Esquire Classic is one such example. In 2015, Esquire digitized its entire archive and launched a comprehensive website with more than 50,000 articles from its history. Subscribers receive access to all 1,000+ Esquire issues.

Such a vast backlog would be overwhelming for even the most voracious reader and Esquire fan. So the magazine decided to accompany the archive with curated recommendations and a podcast that examined the enduring impact of such articles as F. Scott Fitzgerald’s “The Crack-Up,” Tom Junod’s 9/11 story “The Falling Man” and Nora Ephron’s 1972 essay “A Few Words About Breasts.”

On the podcast, David Brancaccio from public radio’s Marketplace joined the author or an expert commentator to analyze how an article “reveals its cultural impact and resonance.” Sometimes he’s talking with the author of an article like Gay Talese on “Frank Sinatra Has a Cold.” Other times it’s an expert or culture critic on the subject of the article, like Esquire political writer Charles P. Pierce talking about the late Richard Ben Cramer’s opus on the 1992 election, “What It Takes.”

The Esquire Classic podcast wrapped up in December 2016 with a fresh look at a 1978 profile in light of recent events. Brancaccio talked with Ken Auletta about his “searing” article on Roy Cohn, who went become a key mentor to Donald Trump.

“If president-elect Donald Trump learned anything from his mentor Roy Cohn, it was this: punch first and never apologize,” the episode description reads. “Cohn was notorious for going on the attack—as counsel for Senator Joseph McCarthy during the communist witch-hunts of the fifties, and later as a pugnacious attorney for whom the only bad publicity was no publicity.”

Though the podcast series is over, Esquire Classic continues to produce original work in Editor’s Notes that look back at its earlier trove of articles through the prism of today, on topics ranging from American gun culture to Father’s Day.

Another similar project is Deadspin’s The Stacks, which revives a “living archive” of journalism stories from the past decades and posts them online. Like Esquire Classic, Deadspin brings a modern-day touch to the articles to make them relevant to today’s audience, adding commentary, illustrations and GIFs.

Journalism is the first draft of history. So it becomes richer and more informative when the first draft is seen through historical context. That’s the value of revisiting archives, and that’s what makes examining the long-term impact of media so interesting.

It’s enlightening to hear an author revisit their piece years later. Susan Orlean shares her perspective on “The American Man at Age Ten” now that she has a son of her own 25 years later. As a 35-year-old guy, it’s a strange trip for myself, since I was a 10-year-old in 1992 when this article about a 10-year-old came out. I see myself in her 5th-grade protagonist.

Beyond the historical or literary value, this format also feeds the bottom line for Esquire. The podcast is free, but it’s also advertising for an Esquire Classic subscription. For $4.99 a month subscribers get access to read the full Esquire archives, including the articles discussed on the podcast.

I’m surprised we haven’t seen more of this format from other media companies that are investing in their digital side. Imagine a similar podcast from the New York Times or ESPN. The closest I’ve seen is Reddit’s Upvoted podcast, which recounts success stories that originated on their platform. It hasn’t been updated in a year, though some are holding out hope it will be back.

I think Upvoted makes a lot of sense for Reddit & advertisers. And the podcast that goes by the same name is excellent.

Today, information overload means there are countless hot takes on the same daily headlines, day after day. Social media and breaking news means we are never ignorant of what’s happening this instant.

But maybe that means we start losing some wider perspective. Maybe what we need now more than ever is to pause the flow of real-time information, and start revisiting the past.

I don’t know what (if anything) will serve as the equivalent of that yellowed newspaper article at my own funeral. A Facebook post? A screenshot of a snap? A virtual reality presentation?

Each graduation season, I re-post on Facebook a 2001 commencement address from Fred Rogers. The world looks very different 16 years later, but words from Mr. Rogers remain relevant. The Facebook post had 291 shares and reached nearly 100,000 people. The metrics show that something about it resonates with people.

In his speech to new graduates, Mr. Rogers talks about a framed piece of calligraphy from The Little Prince that sits next to the chair in his office.

It reads: “L’essentiel est invisible pour les yeux. (What is essential is invisible to the eye.)”

Mr. Rogers has an incredible legacy because he left behind timeless lessons and an emotional impact. Indeed, a marathon of all 886 episodes of Mr. Rogers’ Neighborhood streamed on Twitch in May, raising money for local PBS stations from an audience too young to have seen the original broadcasts.

I think about that commencement speech as a new group of journalism students start careers with an uncertain future. We aren’t all going to be Mr. Rogers, but we can learn from him.

I know that post from Mr. Rogers is valuable because of the engagement, commenting and sharing. But the reason it has enduring impact goes beyond those simple publishing metrics.

When it comes to measuring long-term impact, what is essential is invisible to the eye.