This Father’s Day, an Online Battle to Correct the Media About Dads 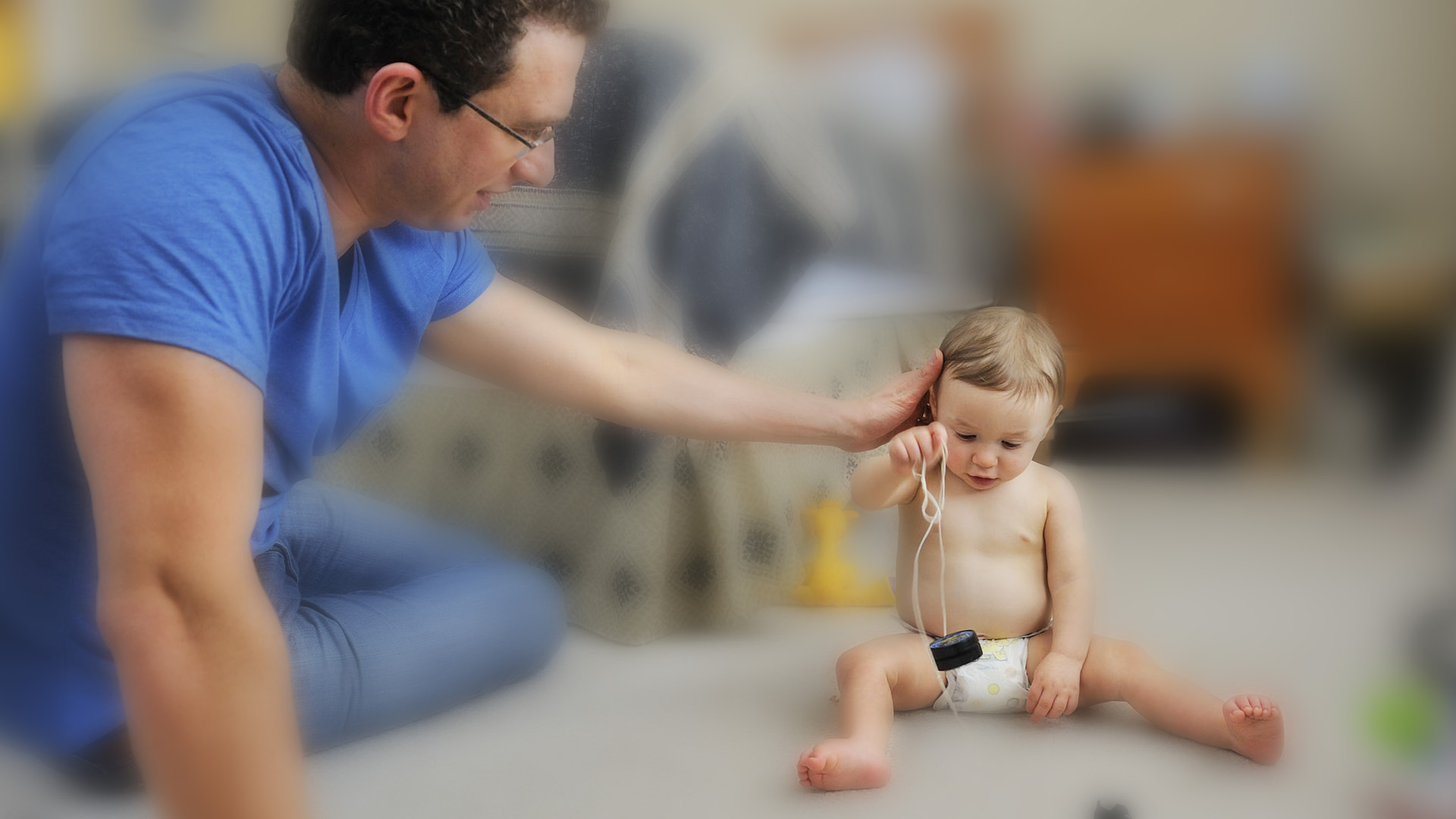 Did you know that dads are useless around the house?  They’re so lazy that even out-of-work men do less childcare and housework than working women.  In fact, fathers even pretend to suck at chores to get out of doing them.  And they leave all the worry work — the planning, thinking, and prioritizing — for moms to do.

It’s almost impossible for you not to have heard this.  The image of the lazy dad is everywhere.  But it’s demonstrably false.

There’s an army of us online -- men and women who see through the lazy dad myth and want to end it.

And, while online media has fueled this myth, it could also be a weapon against it.

Dads and moms are working hard

The definitive source for what’s going on in American homes is the American Time Use Survey.  A look at the data shows just how much equality there is in total work hours, which are a combination of paid work, unpaid work, and childcare.

As I explain in my book, All In, “On average, dads put in about fifty-four hours of work time to moms’ fifty-three.  In two-income homes, moms work fifty-nine hours to dads’ fifty-eight. In single-income homes, the breadwinner works more overall. And although the number of female breadwinners is on the rise, dads are still the vast majority of primary or sole breadwinners.”

For years, I’ve been doing all I can to fight the scourge of the lazy dad myth by writing articles, reaching out to journalists and editors, tweeting, and posting on Facebook.  The media reception to my book and the broader message have been very welcoming.  And major media such as The Atlantic and the New York Times have cited my research in reporting on work hours.

Still, misguided attacks on dads as a group haven’t slowed down elsewhere in the news.

So this Father’s Day, I’m launching an interactive tool to empower journalists, editors, authors, publishers, and everyone else with the facts.

Among the many myths I’m tackling: that dads get more leisure time; that most dads who stay home aren’t doing so by choice; and that most black kids are fatherless.  In fact, fatherlessness overall is much less prevalent than reports suggest.  (I’m also using the tool to reject claims that feminism is inherently anti-men.  I’m proud to be named a leading “male feminist.”)

Journalists are busy and need trusted sources for information.  My goal with this interactive tool is to make the information so easily available that there’s no reason not to use it.  After years of fact checking at CNN, I know that the vast majority of journalists want the facts on every topic they cover.  In this era, making them easily accessible is the best way to go.

I also hope it will help trigger a change of thinking in newsrooms across the country and around the world.

When journalists and editors hear claims casting aspersions on just about any other group of people, they know to be circumspect.  But dads remain an exception.  After growing up with images of Homer Simpson, American Dad, and clueless men in ads who can’t handle changing diapers, the idea that dads are less hard-working than moms seems obvious to many people.  It doesn’t even occur to them to question it.

The well is also poisoned by people who put out “studies” insisting that dads really are comparatively lazy.  These are based on outdated or non-representative sample sizes, or simply misinterpreted data.  For example, a recent magazine article claiming men refuse to share burdens at home cited a tiny, outdated study of only 23 couples in 1996. I pointed this out in my response piece.

But few journalists and authors have the time or know-how to explore methodologies and raw data.

The lazy dad myth hurts everyone

This myth-that-won’t-die is taking a toll in numerous ways.  It’s one of the biggest factors holding back women’s careers.

Our modern work culture was built in the Mad Men era.  At its core, there was a sexist presumption that men will always work and make the money while women stay home and raise the children.

Why is the United States the only developed nation with no national paid maternity leave?  Because the thinking behind it is, “She’s a woman.  She doesn’t need to make money.  The man will stay at work and make the money.”  The net result is that we have no infrastructure to make sure that each newborn baby can have a parent at home and food on the table for at least a block of weeks.

While more than half of companies have some paid maternity leave (often through disability), less than one-in-five have any paid paternity leave, according to the Families and Work Institute.

And even when it’s officially offered, stigmas often prevent men from taking it.  Workplaces act like gender police, pushing women to stay home and men to stay at work.

This is fueled by the lazy dad myth.  People in power — in businesses and government — believe the myth.  They believe that if a man seeks paternity leave or a flexible schedule, he really just wants to sit around at home and do nothing.  So they say no, and look down on him for asking.  It’s a vicious cycle.

This phenomenon is the reason I waged a legal battle against CNN/Time Warner so dads could get fair parental leave.

But it’s not just me.  There’s an army of us online — men and women who see through the lazy dad myth and want to end it.  This new tool is designed to be a crucial weapon in our arsenal, helping us fire truth missiles at the media.

Josh Levs is an entrepreneur, former CNN and NPR journalist, and the leading global expert on issues facing modern fathers in the workplace. He is the author of the award-winning book All In: How Our Work-First Culture Fails Dads, Families, and Businesses–And How We Can Fix It Together (HarperOne 2015).

One response to “This Father’s Day, an Online Battle to Correct the Media About Dads”