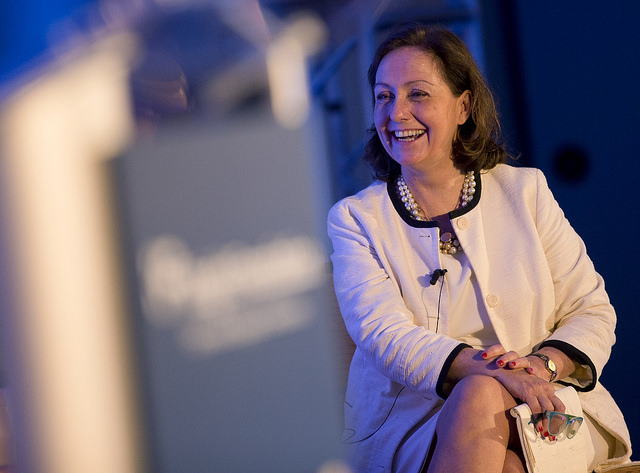 News about combating fake news is constant these days, with Facebook, news outlets and even college students creating new tools and crowdsourcing initiatives to help curb the flow of misinformation. Meanwhile, the influx of individual donations and subscriptions to news outlets suggests widespread interest in supporting actual reporting at a time when research shows that fabricated news stories are sowing confusion about issues and events.

As The New York Times recently wrote: “It remains to be seen if the higher level of individual giving will continue, or if it will extend to big donations through grants and wealthy individuals, who provide the bulk of the funding for groups like ProPublica and others.”

Foundations that have long supported public-interest journalism, fact checking, news literacy education, media innovation, and research on civic engagement and trust in the press will play a crucial role in promoting factual journalism that competes with misinformation.

Ask media funders how to combat fake news and you’ll get answers as varied as the foundations themselves. But there are several points of widespread agreement, each of which provides a window into how funders view this much-publicized problem, how they plan to address it and what they still are trying to sort out.

Fake News is Not the Preferred Term

Terminology is a hot topic of conversation. Several funders noted their dislike of the phrase fake news, which has become common shorthand for false information online.

“There’s a backlash against the concept of fake news,” said Jessica Clark, director of research and strategy for Media Impact Funders, a network of grantmakers interested in impact. “Is it false news? Is it biased news? What is the actual category?”

The Knight Foundation has long looked for ways to support trustworthy journalism and combat misinformation. “Fake news is not new,” Preston said. “Anyone who has ever stood in a supermarket checkout line has seen the National Enquirer for decades.”

Preston said the foundation spent the past year planning for ways to address, among other issues, concern over the spread of inaccurate information online. The warning signs were there: the rise of social media platforms as news gatekeepers, an influx of new online sources, a decline in original reporting and diminished trust in the news media. Still, Preston admits that she was caught off guard by how quickly these forces — and others — converged to create the perfect storm.

“The only surprise is that it’s happening now rather than years down the line,” Preston said.

Other funders echoed that sentiment. Craig Newmark, the founder of Craigslist who earlier this month gave a $1 million donation to The Poynter Institute through the Craig Newmark Foundation, said he was already concerned about fake news and was “nudged by the election” to take action.

Larry Kramer, president of the William and Flora Hewlett Foundation, said the election was a turning point in his thinking about the spread of misinformation.

“What the campaign did for me is made me realize that the problem is much farther along than I had recognized,” Kramer said. “You saw this coming and you saw that if you don’t solve it then people’s ability to distinguish truth from fiction is going to be degraded, but we are way farther down that line than I had recognized.”

Added Elizabeth Good Christopherson, president and CEO of the Rita Allen Foundation: “It’s become top of the collective agenda. Key to all of our work is thinking about what the evidence is and then how people engage with that evidence and how we can continue in the public interest.”

Clark, the Media Impact Funders research and strategy director, said the presidential election confirmed her concerns about “the pernicious impact of faux journalism,” the topic of a recent news analysis.

“In some ways it’s an affirmation of what we were already worried about,” Clark said. “If the civic engagement and civic information infrastructure collapses and there is this other thing that’s not monitored that’s taking its place then people aren’t well informed.”

Fake News is Only Part of the Problem.

Thinking big picture comes naturally to media funders, so it’s no surprise to hear them take the 30,000-foot view of the fake-news phenomenon.

“I see the focus on fake news as a symptom of the larger concern, which is the lack of trust in journalism and media today, and that’s a problem that journalists and journalism have to tackle,” Preston said. “Change is happening so rapidly that what we need to do as funders is to be nimble and respond and make sure that we’re supporting quality journalism.”

Added Kramer: “I think fake news isn’t the big problem, and it’s unfortunate that it’s getting all this attention. There’s a continuum with classically good journalism on one end and fake news on the other end. The bulk of the problem is in the middle — wildly distorted versions of actual information.”

Distorted information is more pervasive than fake news and is harder to regulate or weed out, Kramer said.

Newmark said he is concerned about both. In a statement to announce the Poynter grant, he vowed to “stand up for trustworthy journalism” and “stand against deceptive and fake news.”

“As a news consumer, I just want news I can trust,” Newmark said in an interview.

There’s No Silver Bullet. But There are Plenty of Worthy Causes.

Funders don’t see an easy fix to this problem, and they acknowledge that a major part of the equation — the response of social media platforms like Facebook — is outside of their control. They don’t view any single grant as a sufficient solution. But there are many ways for them to address the underlying problems.

“The places where funders can put their dollars most effectively to use are schools — especially centers that are focused on news literacy — non-profit organizations designed to support reporters, and high-profile non-profit news sites or partnerships with for-profit news sites,” Clark said. “Those are the places that are already geared to accept foundation dollars and where they have the most leverage in existing relationships.”

One choice that funders face is whether to target the demand side, the supply side or both.

The demand side includes efforts to train news consumers to sort fact from fiction and, as the name suggests, create a demand for reliable information — both central missions of news literacy education. The Knight Foundation, the Robert R. McCormick Foundation and the Ford Foundation have in recent years funded efforts by two major players in the field, the News Literacy Project and the Center for News Literacy at Stony Brook University, to develop curricula, provide training to educators, create digital resource centers, and teach news literacy to high school and college students.

The supply side includes supporting causes such as public-interest journalism, fact checking, training for journalists and applied research. For example:

“The usual kinds of solutions that foundations find are not enough,” Kramer said. “We need to think of different solutions, and I have to be honest we don’t have them yet — and I don’t think anybody does.”

Once those solutions are identified, measuring impact is the next logical step. But that’s no easy task given the complexity of the problem.

“Showing that people can pick out 10 false stories is useful, but if you only focus on that it’s not enough,” Kramer said. “The bigger problem isn’t easy to measure. What does it mean to say how informed someone is?”

Clark agreed that it’s difficult to isolate people’s news habits and problematic to rely on self-reported data. “You’d need a large-scale survey over many years,” she said.

Christopherson said she’s taking the long view and doesn’t expect immediate answers. Newmark said he’s not sure how he would measure the impact of his foundation’s grant to Poynter. “It’s a leap of faith,” he said.

Glaisyer said ideally he would measure impact by the ability of the public to identify bogus and credible information, the level of trust in journalistic institutions and the number of people reached by Democracy Fund-supported programs. Several of its funded research projects have examined how to reach these long-term goals, and that’s the subject of part two of this series.