3 Ways Public Media are Collaborating on Election Coverage in California 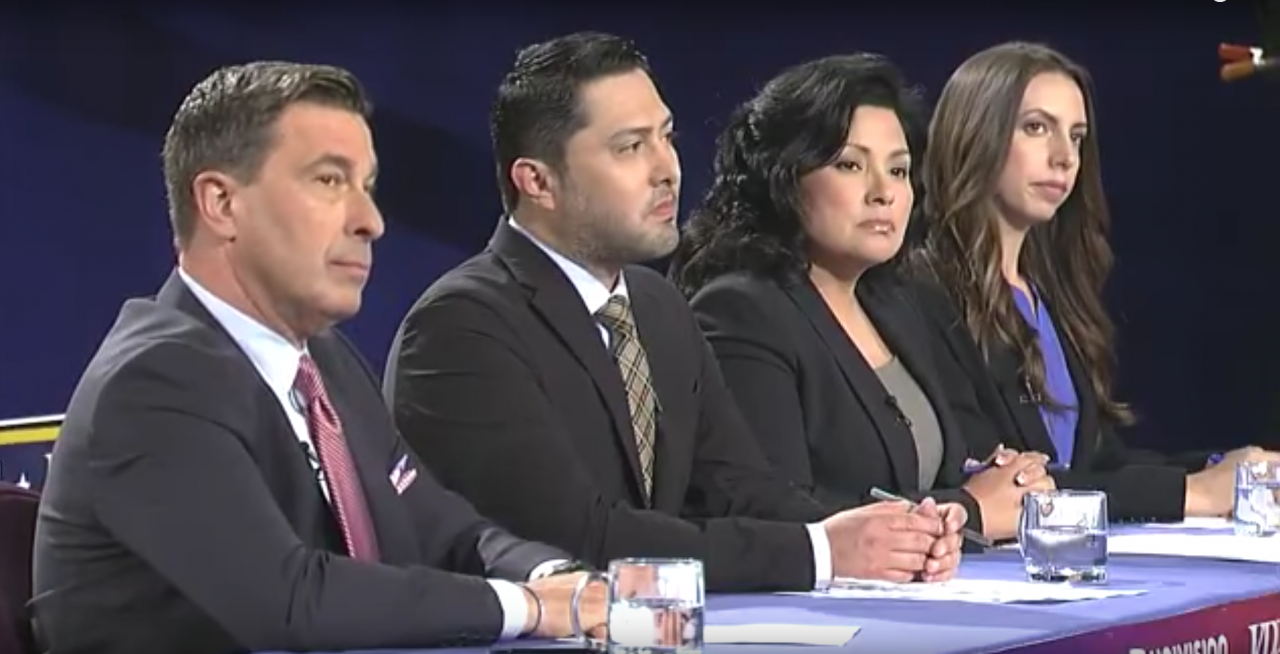 In May, a group of California public radio stations collaborated to host a live Senate-race debate in San Diego. Image is a screenshot from the webcast.

In California, there are more than 35 NPR affiliate stations serving audiences in 51 different counties — all with their own city council elections, ballot measures, and school board races.

But on Election Day, the Golden State’s 38 million residents will also vote in several of the same federal and statewide contests. And Kristen Rae Lepore says that’s a recipe for collaboration.

Lepore is the project manager of California Counts, a collaboration between four of the state’s largest public radio stations — KPCC in Los Angeles, KQED in San Francisco, KPBS in San Diego, and Capital Public Radio in Sacramento — to report on the 2016 election. Supported by a grant from The James Irvine Foundation, the partnership began ahead of California’s primary election in June and will continue through November, when voters will elect Barbara Boxer’s successor in the Senate and decide on hot-button issues such as marijuana legalization.

“Our goal is to cover the election better,” Lepore said. “Public radio is a public service, so it makes sense for us to pool together our resources, especially on these statewide issues.”

In a phone interview this week, Lepore explained three ways that collaboration is helping the partner stations enhance their election coverage in 2016.

For individual stations, hosting a live event can feel impractical due to time and budget constraints. But collaboration has helped bring events within reach for California Counts.

In May, the partner stations hosted a live debate in San Diego between three Republican and two Democratic candidates in California’s Senate race. They also kicked off a series of town hall events where partner stations will be able to engage in person with their local communities.

Throughout the election cycle, partner stations will be sharing content using the Public Media Platform (PMP), a digital distribution system designed to connect NPR affiliates. Lepore says the spirit of the collaboration has become “to share as much as possible,” but reaching that consensus took some work.

“We had a lot of conversations about what we felt comfortable sharing and how often,” she said. “That was something we were really cautious about at first.”

Lepore says the collaboration’s content-sharing strategy also hinged on getting partner stations plugged into the PMP system. “That was definitely a huge challenge in the beginning,” she explained. “All of our developers have different priorities in their newsrooms, but it was so important that we get up and running on the PMP.”

A screenshot from the Public Media Platform’s video on YouTube.

Ahead of June’s primary election, the California Counts team launched a digital, nonpartisan voter guide featuring candidate Q&As and other election information. The partnership helped collaborators determine the most important issues across the state and avoid redundant efforts.

“Knowing our local audiences gave us local perspective,” Lepore said. “We pooled resources to decide on the big questions we should ask in the guide.”

The guide received more than 1 million unique visits this spring and will now be updated for the November election. Lepore says that to pull off ambitious projects like this one, it can be important to have a dedicated staff member coordinating logistics.

“A big part of my role is managing deadlines and not letting anything fall through cracks,” she said. “If you don’t have someone dedicated to the project, it’s just too easy to let things slip, because every newsroom has its own priorities.”