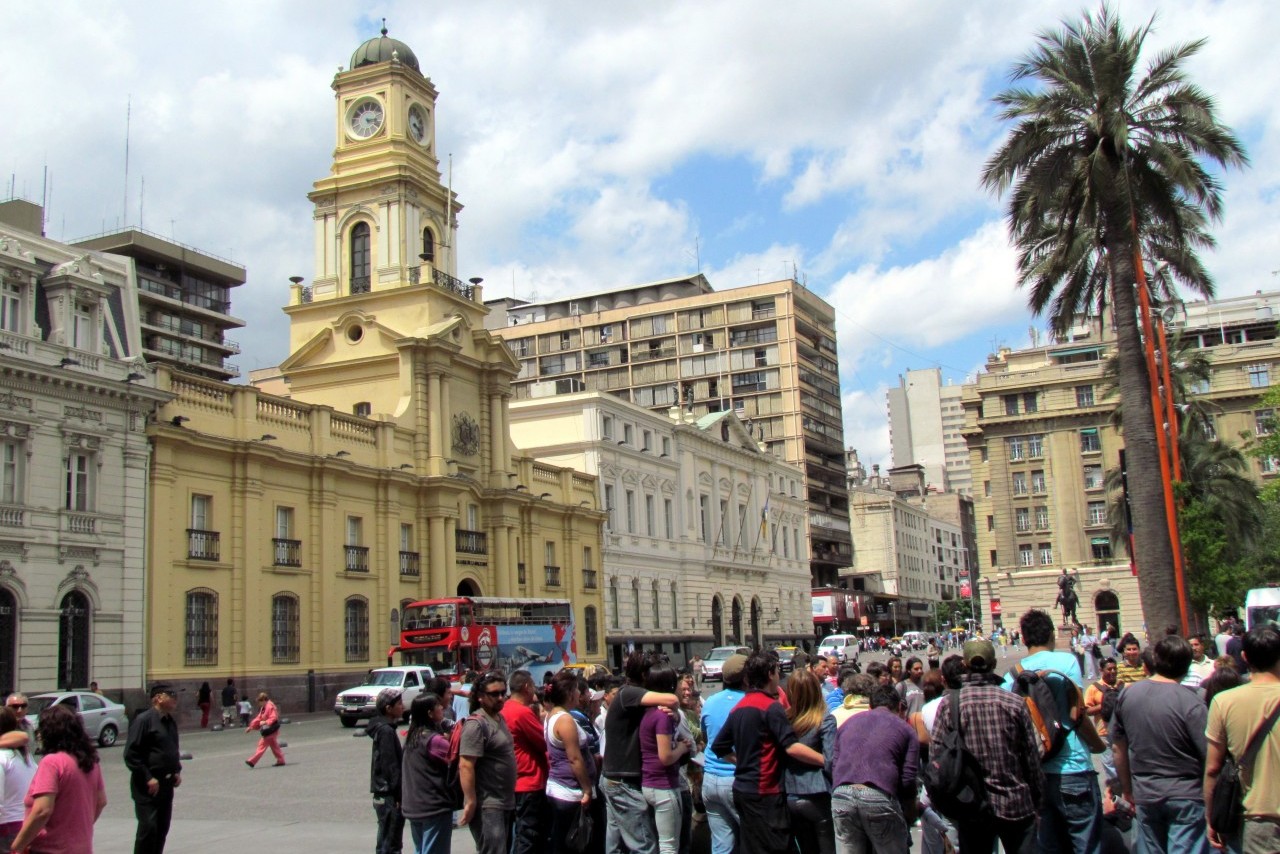 The Chilean government is considering a policy that would require all content creators to place their work under copyright. Photo by David Berkowitz and used here with Creative Commons license.

In the coming week, Chile’s Senate will vote on a proposed policy that could eliminate Internet users’ abilities to share videos and music online. The policy would amend Chile’s existing law on audiovisual artworks by forcing their creators to place all works under copyright and seek compensation (i.e. money) in exchange for their use.

"If the law passes...Chilean creators of audiovisual works will no longer have the option of putting their works in the public domain."

The amendment stipulates that all contributors to an audiovisual performance whom the law regards as authors would be entitled to payment whenever their work is used online, even if they never asked for payment and don’t want it. This would apply for the duration of the copyright, and would apply both to local and foreign works.

According to Luis Villarroel of Innovarte, a Chilean NGO dedicated to promoting balanced approaches to intellectual property, the legislation is being promoted by the International Confederation of Societies of Authors and Composers and by Chilean collecting societies. He and others have been quick to point out that the new licensing fees would all be administered by the collecting societies themselves.

It is difficult to imagine how regulators would implement such a policy in the digital realm, as websites like YouTube and Vimeo are not built to accommodate such specific requirements within a particular country’s borders. One can imagine that platforms that are entirely Creative Commons-based, such as Free Music Archive, could be rendered obsolete altogether.

If the law passes the Senate and is approved by the executive branch, Chilean creators of audiovisual works will no longer have the option of putting their works in the public domain or using open licensing alternatives, such as Creative Commons. While it’s not clear specifically how the policy would impact online platforms and communities, like YouTube and Vimeo, the law would unquestionably limit the flow of free and shared creative content on the Web.

Journalist Khadija Ismayilova was released from prison on May 25 after spending 537 days in jail when the Supreme Court reduced her sentence following an appeal. Ismayilova was detained in December 2014 on charges that are believed to be linked to her reporting on government corruption and the family of Azerbaijani President Ilham Aliyev. Ismayilova promised to continue her work as a journalist in a message she posted on Facebook.

Facebook and Instagram were blocked in Vietnam following protests over an environmental disaster. Demonstrators used social media widely during the protests, both to organize and share photos from rallies.

Last week, the Nigerian Senate withdrew the proposed Frivolous Petitions bill, also called the “anti-social media bill”, and suspended all further consideration of the legislation. The bill would have made false and abusive statements sent through text message, WhatsApp or other social media platforms punishable up to two years in prison. It was heavily criticized for damage it was expected to do to the freedom of expression online. The chairman of the Senate Committee on Judiciary, Human Rights and Legal Matters said, “Even though the bill has a tacit implication of discouraging frivolous and malicious petitions, its passage into law in this current form will do more harm than good.”

No need for the courts, say Malaysian lawmakers

The Malaysian government has proposed amendments to the Communications and Multimedia Act of 1998 that would grant the Malaysian Communications and Multimedia Commission more power to silence criticism online, by allowing it to take down online content without oversight. The amendments would also require the registration of political blogs and websites, and increase penalties for offenses related to “undesirable content”. Authorities in Malaysia have been active in trying to censor online content in the past year, shutting down news websites, blogs and newspapersfor publishing information on government corruption involving Prime Minister Najib Razak.

Responding to requests by telecommunications companies for the National Communications Authority to restrict subscribers from using the Internet for calls, Ghana’s minister of communications said the government has no plans to ban WhatsApp, Skype or Viber.

Venezuela is definitely censoring the Internet

New research confirms at least 43 websites are being blocked in Venezuela, the majority of which are related to currency black markets. However, 19 percent of the blocked sites are media-related, 12 percent are blogs critical of the ruling party and 9 percent are related to gambling. Information on the government’s Web-blocking practices, including which websites are being blocked, is considered a “state secret”.

Foreign technology companies, including Apple, are being subjected to security reviews by Chinese authorities associated with the Cyberspace Administration of China. Though it’s unclear what the authorities are demanding exactly as part of the review process, executives and employees at the companies have been summoned to answer questions about their products, specifically their encryption and data storage capacities. While many countries require similar reviews for products that will be used by the military, these reviews are being applied more broadly to technologies popular among consumers in China.