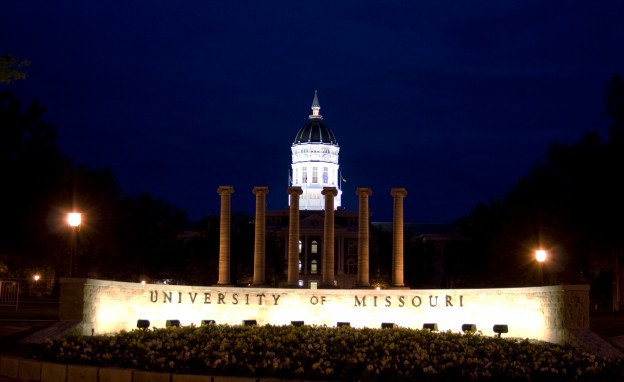 Photo by Mitch Bennett on Flickr and reused here with Creative Commons license.

My newsfeeds on various social media platforms erupted last week after video emerged of University of Missouri Assistant Professor Melissa Click organizing a crowd of protesters to physically exclude a University of Missouri senior and freelance photographer, Tim Tai, and other journalists from their “safe space.” The problem was this safe space happened to be on public property and the protesters were violating the reporters’ First Amendment rights.

"Few in my feed discussed the ethics of what happened during that [Melissa Click] incident – at least on the part of the reporters themselves."

The professor’s call for “muscle” to help kick out the student photographer was not only illegal but also an escalation tactic that benefited neither party. Like others in my feed, I believed the professor acted inappropriately and needed to apologize. Which she did. Profusely. Not only in writing but also in phone calls to the reporters. And her affiliation with the journalism school ended as well.

And still my feed rumbled. People called for her resignation from her primary position in Missouri’s Department of Communication. One person suggested she failed to understand that the microphones are always on and declared that she “was done.” Others questioned her abilities as a teacher (though she’s won multiple teaching awards) and ridiculed her research (she looks at gender and sexuality in popular media, such as “Fifty Shades of Grey”). Still others argued she had no place in a classroom of communication students when she obviously didn’t understand the First Amendment.

A video of a standoff between a student journalist and student teacher protesters at the University of Missouri is one of the latest videos to have gone viral and sparked discussion about race and civil rights reporting. Screenshot courtesy of Mark Schierbecker, who documented this footage.

I’d like to present a different perspective, especially as we journalism educators head into our classrooms to talk about the implications of this incident.

Let us not only herald the First Amendment and these reporters’ rights to be in these public places to document what’s happening. Let us all also counsel our budding reporters to understand the full context of why these protesters were making these demands. Let us explore what this incident says about the intense distrust that has increased over time between reporters and citizens, especially among those in typically marginalized groups. Finally, let us reimagine another outcome that, in the end, would have strengthened not only the reporters’ stories about what was happening on that campus, but also started us on a path of trust rebuilding between journalists and their communities.

Few in my feed discussed the ethics of what happened during that incident – at least on the part of the reporters themselves. Few wondered at the context behind the need for this “safe space” to begin with. The Atlantic published a piece called “Campus Activists Weaponize ‘Safe Spaces.’” This article rightly noted how this growing trend seems more strategic than genuine: “This behavior is a kind of safe-baiting: using intimidation or initiating physical aggression to violate someone’s rights, then acting like your target is making you unsafe.” Indeed on Monday, the protesters purported to merely “walk forward” while they in fact were pushing the reporters out by force. This was unnecessarily threatening – imagine being that 20-year-old photographer – but also a missed opportunity for the protesters to amplify their story.

Photo by The All-Nite Image on Flickr and reused here with Creative Commons license.

I argue the reporters also missed an opportunity during this situation. Of course the reporters had the right to be there, and the call for “muscle” was ridiculous. But what was the goal of insisting on this presence in this particular space at this particular time? Was he trying to capture wrongdoing happening?

It is implied in the video that he wanted to record the reactive emotion happening as a way to let the public feel connection to the story. But which public? It soon became clear that people were reacting negatively. These people who had come out to protest were voicing discontent at a long history of being unheard, of having bad things happen to them with few people – including journalists – paying attention, caring or taking action. In a Nov. 11 Washington Post article, Terrell Jermaine Starr compared the protesters to victims in pain and suggested journalists should have reacted accordingly:

“Establishing a ‘safe space’ was about much more than denying the media access; it was about securing a rare space where their blackness could not be violated. Yes, the hunger strike, the safe space and other student demonstrations were protests, and protests should be covered. But what was fueling those protests was black pain. In most circumstances, when covering people who are in pain, journalists offer extra space and empathy. But that didn’t happen in this case; these young people weren’t treated as hurting victims … Their approach to creating a safe space probably could have been better thought out, but the media should feel a responsibility to understand their motivations and respect their pain.”

How would this have played out had the journalists respected the circle right away and asked “could you step outside the circle so we could talk about the protest?” A middle ground here could have been explored that was not – or at least, it wasn’t the first instance. Had Tai and others honored that request to leave – knowing he was not going to get the warm-and-fuzzy reaction he was hoping to document – he would have gotten not only a better story but helped restore trust.

If reporters want to mend the increasing rifts with audiences, we need to train students to have some sensitivity to the situation they find themselves in and weigh the ethical pros and cons of asserting their admittedly sacrosanct legal right.

Should Click have apologized for her actions? Certainly. No question. But this standoff demonstrated a larger problem between journalists and the public that needs to be acknowledged and dealt with.

The story quickly became about this student reporter and these protesters trying to assert control over a situation, rather than appreciating the larger reason they were all there in the first place: to highlight awareness about devastating and persistent racial problems. Rather than villainize a few individuals, let’s talk instead about how we have gotten to a place where “safe spaces” on campus are meant to exclude the very people who are supposed to represent all citizens. Let’s focus on how we have arrived at this lack of trust in journalism and what paths can help us restore it.

Sue Robinson is an associate professor at the University of Wisconsin-Madison’s School of Journalism & Mass Communication, where she teaches and researches about information authority transformations with digital technologies. She is working on a book called Networked Voices that explores public talk about race in journalism and other mediated spaces of local communities. She can be reached at [email protected] or followed on Twitter @SueRobinsonUW.