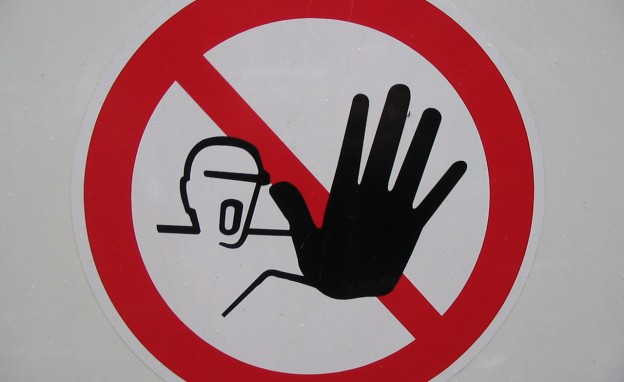 Photo by Jill on Flickr and used here with Creative Commons license.

It’s been a good five years since I have been in a newsroom, but I’ve come to accept that once a journalist, always a journalist.

"While blind spots are not as nefarious as biases, they can still be as damaging when it comes to our jobs as journalists."

I can’t watch the nightly news without critiquing a liveshot, and I still pay attention to Murrow winners and fan-tweet reporters whose work I admire. It seems a decade of being a reporter is hard to shake off – even after you’ve left … even after why you left.

Given my background, I admit, I am a bit of an apologist for journalists, TV reporters in particular. The job is tough. They have to attempt to tell a comprehensive and balanced story, all while contending with tight deadlines and (at times) pushy producers. All this while keeping their calmness in check and their ethics at the forefront, the latter of which, in my opinion, took a hit last week with the coverage of the Mizzou students and their demonstrations.

Within 24 hours, my Facebook feed, at first a wealth of information from former colleagues and friends still in the biz, quickly changed tone. Instead of coming across stories about the Mizzou students and their grievances, I was inundated with posts regarding my friends’ own grievances as journalists, most of whom were collectively outraged with Mizzou students for blocking interviews with fellow student protesters (at the protesters’ requests, mind you).

But, I understood it.

And I would have been right — and wrong.

Now an outsider having left the biz, I quickly found myself frustrated with my friends. Not one of them was asking why these students wanted to block the media, instead choosing to vent as victims. I heard a lot of, “Well, if you want us to tell your stories, you have to give us access” and complaints that these students were “only hurting themselves.”

The thing is, journalists have been telling the stories of people of color, in particular, horribly for years while at the same time opting out of covering stories that matter to them or that depict them justly.

While some may attribute this trend to malice, I believe that to be the case only a small fraction of the time. In my experience, the majority of the time it is really a manifestation of the lack of legitimate news judgment in newsrooms — a lack that plummets to greater depths when it comes to covering people of color and topics of race relations.

Why does this happen and how do we fix it?

I don’t have all the answers. In fact, my frustrations with this very issue ultimately took such a toll on me, I left the business after a decade — sad, stressed and disillusioned. Still, I write this in hopes that my “two cents” can aid those of you who are still fighting the good fight. So here it is:

The reason many people distrust the media so much when it comes to stories of race boils down to bias and blind spots. For example, if I am a fitness fanatic who believes that anyone overweight is lazy, I have a known bias. Never mind the fact that the person could actually go to the gym more than me and have already lost 50 pounds. My bias won’t let me acknowledge that as legitimate. If I am a new mom, I may not recognize that a new father also has a significant emotional adjustment to make. It’s not that I am being cruel or uncaring, it’s that I legitimately don’t see what he is going through. That is a blind spot. While blind spots are not as nefarious as biases, they can still be as damaging when it comes to our jobs as journalists.

Bias and blind spots in action

I cannot tell you how many times I had to battle to cover a story of significance, especially if it were significant to the black community. I specifically recall the day of President Obama’s first election. I secured a story with a 90-year-old black woman (whose parents were at one point slaves). She was voting in her first election ever that day – what would have been a powerful profile, to say the least. The producer, however, citing that he was “all Obama-ed out,” refused to let me do the story. Instead, after waiting the rest of the day to have him come up with something else to his liking, he finally sent me to the grocery store … to do a liveshot VOSOT on milk prices going up. Milk prices … on the day the first black president of the United States was elected. That was definitely bias.

Another time, I was forced to explain over and over again why we should do a story about a 4-year-old boy, who was black, in the city who had been dropped off at the wrong bus stop and lost for hours until a family friend randomly happened upon him a mile from home. “He’s fine now. What’s the story?” the night anchor challenged when I pitched it. It wasn’t until I painted the little boy as one of the anchor’s own white daughters wandering around the affluent suburb where he lived did I see a hint of a light bulb go on behind his eyes. He still didn’t let me cover it though. Blind spot, for sure (with perhaps a dash of “bias,” as well).

Both bias and blind spots amount to the absence of empathy.

Photo by David Drexler on Flickr and used here with Creative Commons license.

People of color who are viewers don’t need me to tell them about the newsroom battles I and many other people of color have fought and continue to fight each day to get their communities covered properly. They know already, and they know we are losing the battle.

They know because when they do talk to reporters and those stories finally air, they are often not the stories they actually told.

They know because when reporters come to speak with them about whatever story it is they are covering (usually bad), the reporters have the tendency to pick the one person they can find who is either a walking stereotype or a potential caricature, picking bites they know will be ripe for fodder over fact (think Antoine Dodson or Sweet Brown and the “news clip/auto-tune phenomenon”).

For one reason or another, malicious or just a product of lack of awareness, the disconnect between media and many people of color is real, and reporters have lost a trust that was once part and parcel with the title of “reporter” itself – no questions asked.

In the case of Mizzou, I could immediately see what so many of my journalist friends could not. These students were blocking/protecting (which word you pick depends on your stance) protesters who didn’t want to be interviewed because (gasp) they didn’t want mainstream TV news coverage — not if it is going to be slanted or shaded, which many have come to expect with stories about race.

In the age of social media, these students can and have covered this movement themselves (and done it well). Sure, TV coverage amplifies and helps spread the word, but if they don’t want to participate in that vehicle, that’s their right … the same way it is journalists’ right and duty to keep trying, remain unmoved, and report the story anyway as best they can.

All journalists need to pay attention to their biases and blind spots and account for the fact that they have them, so they can overcome them. Journalists of color are not exempt from this, as they too can have trouble fairly reporting on people of color themselves. It happens. Being a black reporter does not automatically save you from misreporting on the black community; believe that. There are biases and blind spots even there at times (i.e. differing socioeconomic, educational, family backgrounds, etc.).

However, the hope is that in those instances, a black journalist’s personal racial identity may lend a voice and an understanding of an issue for others in the newsroom who may be even further away from understanding or accepting. By the same token, white reporters should not feel like they are “being set up to fail” or are “bound to do something wrong” when it comes to covering issues of race. That’s false. I have seen plenty of great reporters cover people of color and their stories with true integrity even though they are not considered people of color themselves.

In this day and age, being trusted to tell a story about anyone is more of an honor and duty than ever before. Reporters are not entitled to stories people no longer wish to tell them, especially when they can tell them themselves via social media. Journalists need to earn those stories. And they earn them by being better than they have been.

See yourself (or your husband or your daughter or your brother or your mother) in every single person you cover, imagining every single neighborhood as your own. We can’t change the climate of media mistrust overnight, but, by being better, more mindful journalists today, tomorrow, and next week, the tide can change. At least that’s my wish.

Former TV reporter Liz Medhin (also known as “Elsa M” for her entertainment TV hosting work) is an award-winning journalist and a graduate of the University of Wisconsin-Madison. Her career has now spanned every field of communication, from print to broadcast to strategic communication specialties. She is currently a Community and Marketing Director for a major tech company, as well as a freelance TV and radio host, most recently serving as the co-host of “The Intersection” on blis.fm.