The Need For Speed: Why Slow Newspaper Sites Matter 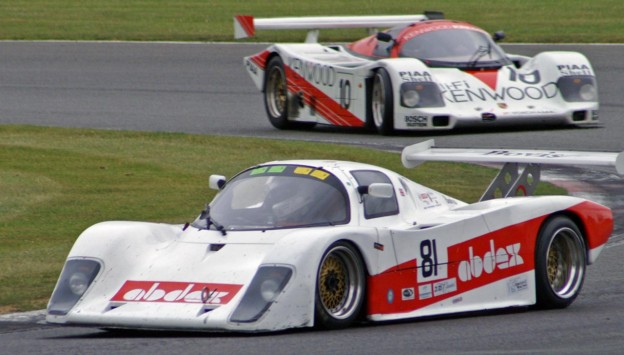 Photo by David Merrett on Flickr and used here with Creative Commons license.

People are calling you names: “News Sites Are Fatter and Slower Than Ever.” They question your competence: “Local newspapers have done a terrible job building local digital audiences.”

"Perhaps the single most consistent finding, across the entire web traffic literature, is that faster load times lead to higher traffic. "—Matthew Hindman

Your local papers are the major employer of our nation’s reporters and the reservoir of regional history. We need you, but you’re losing us.

The typical local newspaper gets about five minutes per capita per month in Web user attention, less than a local TV station earns in a single hour. Local newspaper traffic is just a rounding error on the larger Web.—Matthew Hindman, Shorenstein Center

Did you read Hindman’s paper (for the Shorenstein Center), “What Newspapers Don’t Know about Web Traffic Has Hurt Them Badly — But There is a Better Way”? It’s a superbly researched, well-sourced summary of the many schemes for saving journalism, and why each fails:

The central fable of digital news is what we might call the Myth of Monetization. … The bottom line is that newspapers cannot monetize audience they do not have. … Any successful strategy for digital local news requires sites to grow their audience. … Perhaps the single most consistent finding, across the entire web traffic literature, is that faster load times lead to higher traffic. —Matthew Hindman, Shorenstein Center

I ran performance tests on U.S. newspaper sites. This table shows why your sites are slug-slow. The visualization below it shows what you can do about it.

“Requests” are all the extras your Web page requires, from images and embeds to scripts and style sheets. “Page weight” is the total download size of all those requests. “Google score” is their PageSpeed-combined measure of factors affecting site performance.

This chart plots newspaper load time by the number of requests:

I tested most U.S. dailies and alternative weeklies (1,455 newspapers). This graph includes only

the fastest 75 percent (less than 30-second load time and less than 400 requests) so the scale lets you pick out individual newspapers. Tap or mouseover the circles (dailies) and squares (alt-weeklies) for a tooltip display of that paper’s data.

“Requests” is the metric this report found most closely correlated to load time. “Page weight” was second. You can see their effects.

“Rank” is the site’s global Alexa rank. “Widgets” is a rough measure of the site’s add-ons (ads, analytics, audio/video, etc.; details in part two: methodology). The other slider, “Speed index,” is the new kid on the statistical block.

WebPagetest’s newish metric is called Speed Index. It’s a best-guess of how quickly your visitor gets a screenful of above-the-fold content. These videos illustrate its import.

Both these newspaper sites take about 19 seconds to load 300 requests. The first has a 14-second speed index — a long time to stare at a blank white screen. The second sports a stickier four-second speed index.

So what’s a publisher to do?

Newspapers are now facing off against sites like CNN.com and Yahoo and Buzzfeed.
—Matthew Hindman, Shorenstein Center

Many large news sites have invested in knocking down their page load and speed index times. To stay competitive, dear media magnates, your sites must do the same.

Barrett Golding, a Web developer and leader of the Peabody Award-winning project Hearing Voices from NPR, is a residential RJI Fellow at the Donald W. Reynolds Journalism Institute, where this article first appeared.

One response to “The Need For Speed: Why Slow Newspaper Sites Matter”