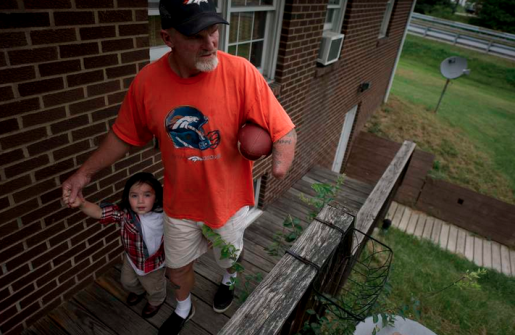 ProPublica and Beacon Reader want to fund stories covering policies affecting workers' safety on the state and national level, like that of Dennis Whedbee (pictured) who lost a hand on the job. Photo from Beacon.

This week, Beacon announced its new partnership with non-profit newsroom ProPublica to improve coverage of workers’ compensation across the United States. The journalism crowdfunding platform has already shown its commitment to funding underreported stories. Through this new partnership, Beacon will not only be able to provide financial support to journalists, but also valuable reporting tools, including data and sources, thanks to ProPublica.

As part of its ongoing investigation, Insult to Injury, ProPublica found that 33 states have recently changed their workers’ comp laws to either reduce benefits, create hurdles to receiving medical care, or make it harder to qualify for workers’ comp. It’s an issue that has the potential to affect hundreds of thousands of workers; more than 3.7 million work-related injuries and illnesses were reported in 2013. And, with no federal oversight of workers’ comp laws, policies vary greatly from state to state, making it difficult for journalists to cover effectively.

"We know there are talented local reporters in every state, and we can use Beacon's platform to fill in some of those [reporting] gaps and get more stories told." -Keren Goldshlager

“There’s a huge discrepancy that happens from state to state,” said Keren Goldshlager, project manager at Beacon. “We know there are talented local reporters in every  state, and we can use Beacon’s platform to fill in some of those [reporting] gaps and get more stories told.”

ProPublica has been investigating workers’ comp laws across the country.

The Beacon-ProPublica partnership invites journalists to use their existing resources to help document the impact of workers’ comp reductions across the country. Independent journalists or local news organizations can fill in the reporting gaps by acting as the eyes and ears on a city or state level.  Here’s how you can get started: