Beyond Clicks: Real Ways to Measure Success as a Non-Profit Publication 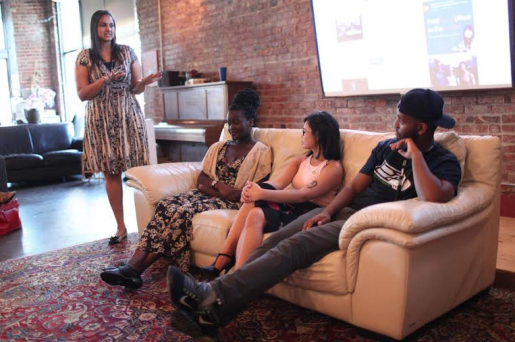 When we started the Seattle Globalist three years ago, it was easy to see success as the simple act of creating a new publication from scratch. Every new post that we published and every new contributor we brought in felt like a small step toward our mission of elevating diverse voices and highlighting international connections in the Pacific Northwest.

But before long, we got hungry for more information: Was our audience growing over time? How were we doing compared to similar sites? Were our stories really serving readers and encouraging a global view?

"Having your perspective changed is a painful experience, and the byproduct of that personal growth is often anger, but it’s a good thing for us to be providing the platform for that growth."

Unfortunately, the traditional metrics for measuring success as an online publication are frustratingly lacking.

More than half of reported web traffic comes from bots, rather than human visitors. Our analytics data is crowded with search traffic that bounces in from around the globe but likely has no meaningful connection to the communities we’re trying to serve. And even those thousands of Facebook likes we’ve racked up on our most popular articles might not mean people are actually engaging with the story.

An analytics account just isn’t enough to measure success, especially for those of us in the non-profit ecosystem who are answering to foundations, subscribers and individual donors rather than advertisers.

After all, we know what gets clicks, right? We’re trying to do more than that. Here are 5 indicators of success that are more useful.

Driving Coverage Through Other Publications

Every journalist wants to be the first to report that big story that everyone will be talking about. But what about the small, but important, story that was otherwise going to be ignored?

When stories that were first reported by the Globalist get picked up by other publications with larger audiences, it’s a big win for us, whether or not they actually end up driving traffic back to our site.

We’ve started tracking this influence, using a simple Google form to make note of every incident where one of our stories directly influences coverage elsewhere, or when one of our contributors becomes a source or writer at a renowned publication.

These instances are anecdotal, but watching trends can give us a sense of how we’re doing, and the database gives us demonstrable measures of success that we can share with funders.

In addition to these individual instances, we’ve also seen an overall trend, as other news sources have realized that coverage of international connections and immigrant communities can be accessible and appealing to mainstream audiences. To a for-profit site, other publications picking up their beat might mean more competition for eyeballs and advertisers, but for us, it means we’re indirectly fulfilling our mission by influencing others’ coverage.

It happens pretty often, but it still makes my day every time. I tell someone what my job is and they say “You work for Seattle Globalist? I love that site!” It may not be a very scientific measure, but if people are talking about your content, coming to your events, and thinking positive things about you and your writers, you’re winning!

Offline reputation is just as important to us as site traffic numbers. Every contributor with a Globalist sticker on their laptop is a symbol of goodwill toward our publication in out in the real world. Photo by Alex Stonehill.

Brands, funders and good writers want to be associated with you. And having a sense of goodwill with readers in the real world means they’ll respect you in the online space.

Which brings us to…

Comments are out of style, right? Many publications have hidden or even closed comment threads on their posts because they’re too caustic, or become platforms for bigots and trolls.

A story about Somali Americans calling for the firing of a teacher who showed cartoons portrayals of Mohammed to Muslim students kicked of a firestorm of angry comments. But ultimately the comment thread was a valuable conversation about free speech. Photo by Alex Garland.

Seattle Globalist commenters tend to be pretty civil by comparison. But when they do get mad, we take it as evidence that we’ve chosen an important topic.

Recent example: A story we wrote about Somali Americans protesting a local teacher who shared the Charlie Hebdo cartoons with her students went viral and was shared widely on Islamophobic websites.

Some of the comments were ugly, angry, even hateful, but ultimately they were part of a valuable conversation about the issues of freedom of speech raised by the protesters’ demands that the teacher be fired.

Having your perspective changed is a painful experience, and the byproduct of that personal growth is often anger, but it’s a good thing for us to be providing the platform for that growth.

On the flip side, engagement isn’t always negative. Sometimes comment threads on stories end up being an online venue for something people really want to talk about. Usually that comes along with an equivalent spike in traffic and social media shares. But even if not, that engagement is an indicator that we’re covering the right topics.

…but never closing them. It’s not all about being right. Smart audiences aren’t looking to us to tell them the right way to be or the correct opinion to have. They’re looking for a space to talk and think about the things they care about.

It’s hard to resist the temptation as a writer or editor to want to cover all the bases and anticipate all of the counter arguments. But try doing that in person at the next party you go to and see how popular you are.

Nobody wants to talk to the know-it-all (even if they really do know it all). They want to stand next to the person who brings up really interesting topics and then lets other people respond with their own ideas on the subject.

The same is true in the online space.

It’s not like we encourage our writers to bring up provocative points on purpose just to egg people on – that’s trolling. But we don’t want them to worry about being right all the time either. The real win is not that everyone liked what we said. It’s that we got people talking in the first place.

When columnist Sarah Stuteville recently wrote a column using demographics to debunk the cliché that Seattle is a “white city,” she heard from quite a few readers saying “your numbers might be accurate, but as a black person living in Seattle, this just doesn’t match up with my experience.”

Rather than ignoring the comments and emails, she chose one particularly verbose and passionate commenter, and she suggested she write a response post talking about her own experience.

A cross section of people who have written for the globalist shows many who have transitioned from being readers and even sources for stories, to writing posts themselves.

The resulting post extended the conversation on an important, difficult topic (and, yes, begat even more angry comments).

You didn’t like what our contributor wrote? Tell us why they’re wrong. You related to what they said? Become a contributor yourself, and tell us more.

Breaking down the barriers between readers and writers (and encouraging all of them to become supporters) is all part of building a real community around a publication.

Alex Stonehill (@AlexStonehill) is a cofounder and editor-in-chief of The Seattle Globalist, a non-profit online publication devoted to elevating diverse voices in the Pacific Northwest. He has a background as a visual journalist and has reported from over a dozen countries, including Syria, Ethiopia and Pakistan. He recently directed the award-winning documentary BARZAN and he teaches journalism in the University of Washington’s Department of Communication.