3 Big Questions About ‘Interactive’ at the Tribeca Film Festival 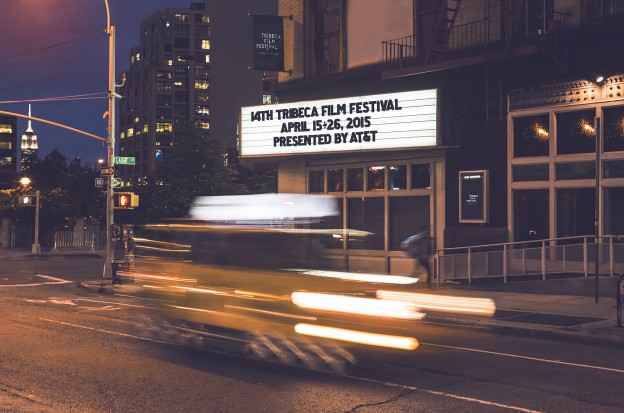 TFI Interactive, Games for Change, and Storyscapes this year were, as in the past, wildly stimulating and provocative experiences at the Tribeca Film Festival. But I found myself wondering if in the interactive space, we’re ready to get a little definition on what we’re talking about. For instance:

Is there anything we can’t call interactive?

At Storyscapes, an exhibition of interactive installations, sponsor Bombay Sapphire gin promoted its build-your-own-cocktail bar as an interactive experience. OK. The exhibits themselves ranged from an online-video series to an in-real-life labyrinth you navigated blindfolded. At TFI Interactive, interactivity included organizing public spaces for the Occupy movement, doing a virtual-reality version of Skype, and telling a stranger embarrassing personal facts. Of course, user engagement always creates interactivity, but where is the creative edge within that general truism?

Is there anything that can’t be interactive media?

At TFI Interactive it was email platforms, data visualization, comic books, Google doodles, wrapping yourself in plastic, and games, as well as documentaries. Some of those documentaries were interactive in the sense that you could, as in The Guardian’s new video-rich web pages, click on them to watch.

Is there anything that isn’t storytelling?

One of Tribeca’s innovations this year was bringing a mini-experience of DefCon, the huge industry hacker and security conference. There, you could pick a lock and learn about crypto, and sometimes the friendly hackers made a connection back to media. For instance, one flyer on security measures helpfully mentioned that Citizen Four featured secure email transmission. But mostly it seemed like quite a stretch. If story is the way you make sense of experience, then almost any kind of experience can become your story. But the capaciousness of the definition makes it hard to consider the role or even quality of crafted storytelling.

At the same time, the worlds of hackers, filmmakers, and game designers are still remarkably siloed. One of the fascinating pleasures of TFF was moving between the mini-cultures, where dress code, speech style, and use of devices all distinguished them.

Speakers variously picked up the challenge of making sense out of vastly diverse set of stimuli. Sam Gregory, part of WITNESS’ braintrust, asked people at TFI Interactive to think about how to use the already-built landscape they occupy to leverage our shared “distributed willingness” to help in cases of human rights abuse. Livestreaming (Meerkat), crowdsourced work (Mechanical Turk), smart calendaring, Meetup sites, and so much more can help people do anything; how to turn attention to human rights?  For instance, virtual reality is another potential tool for empathy—if we want it to be. “But let’s not forget that in Aldous Huxley’s Brave New World, they had feelies but that didn’t drive them to action against social injustice.”

That way of framing the issue throws the whole question back to the basics: what do you want to do, with whom? It acknowledges the pervasiveness of digital technology in our in-real-world experience. It recognizes that our imaginary and our physical presence are intermixed. It reminds us that tools are tools for something, and it’s the something that matters. It invites you to ask how you want to change the world, not a form.

And some people reminded us that sometimes analog works fine, given your objectives. When Eline Jongsma and Kel O’Neill developed their transmedia project Empire, about Dutch imperialism, they grappled with rapidly obsolescing platforms and technologies. To cope with instability and impermanence, they made a book. The Priya’s Shakti project, which has some cutting-edge digital applications, will achieve outreach throughout villages everywhere in India through an old-fashioned comic book.