Teaching Millennials the Power of Plugging Into Mindfulness 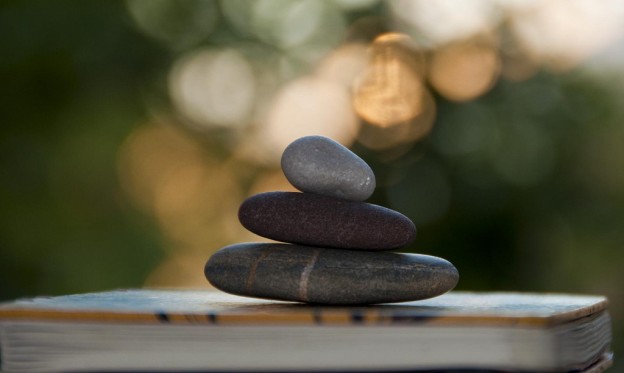 In our wired world it’s easy to extol the virtues of the web, mobile devices and social media. These time-bending technologies have generated previously unimaginable ways of searching, creating and sharing information instantaneously. Yet as our hours and days are filled with more and more time-saving devices, many of us seem to have less and less time. What is being lost in the process? As Gandhi reminds us, “There is more to life than increasing its speed.”

"A raft of research has clearly highlighted how essential downtime and mindfulness are, and how they're increasingly becoming so in our always-on world."

As a high school teacher I’ve noticed that most of the Millennial generation seems to have one reference point: hyper-speed. They were born in and conditioned by an always-on world, where instant gratification and quick fixes are baseline expectations. Patience is deemed old-fashioned — which is why they may have come of age as the most stressed generation.

A raft of research has clearly highlighted how essential downtime and mindfulness are, and how they’re increasingly becoming so in our always-on world. As I wrote about in a previous article for MediaShift, moments of not-doing are critical for connecting and synthesizing new information, ideas and experiences. Moreover, mindfulness training has been proven to treat stress, depression and addiction. The challenge is in finding ways to introduce these countervailing practices that don’t elicit boredom and impressions of frivolousness.

This semester I have been teaching an elective on Zen Buddhism to seniors, which has provided an ideal opportunity for experimenting with ways of introducing mindfulness. Zen is a school of Buddhism that developed in China. According to legend, the Buddhist monk, Bodhidharma, brought Buddhism from India to China, where it mixed with Taoism and became known as Chan. The word Zen is derived from the Japanese pronunciation of the Chinese word Chan, which in turn is derived from the Sanskrit word dhyana. Dhyana can be approximately translated as “meditative state.”

Hitting the limit at 5 minutes

At the heart of Zen is the practice of zazen, or sitting meditation. The aim of zazen is just sitting and bringing non-judgmental awareness to all that is arising: thoughts, emotions, physical sensations, and external stimulus. This kind of open awareness, or mindfulness, is the source of our most creative thoughts and has the remarkable quality of decreasing stress and increasing happiness. However, witnessing things as they are, without the distorting perspective of our habits and opinions, is an elusive form of awareness in our culture. I found that five minutes of just sitting is the limit my students can practice before boredom and distraction eclipse their attention. Therefore, as a class, we are investigating other mindfulness practices that appear to cultivate this quality of awareness more naturally.

Zen principles can be found in a range of art forms, such as haiku, landscape painting, the tea ceremony, rock gardening and calligraphy. These art forms are not only designed to cultivate mindfulness, but also aim to draw one’s awareness to the nature of reality. These arts are characterized by the wabi-sabi aesthetic. Wabi-sabi, in writer Leonard Koren’s words, “is a beauty of things imperfect, impermanent, and incomplete.” These truths become self-evident by observing nature. And nature serves as either the content or medium itself in these Zen arts. These aesthetic qualities of natural process and acceptance of reality are rooted in Taoism, which is where we started.

In the seeming chaos of the universe the ancient Chinese described a dynamic order in nature. Their term for this emergent order is Li, which we can find in the patterns of ice crystals, clouds, tree rings and moving water. These patterns can be easily seen, and we started by venturing outside and sketching patterns that captured our attention. The intention behind sketching was not to showcase our drawings, but to help us see more clearly and in greater detail. After 20 to 30 minutes of observing and sketching the peace and stillness in nature, we noticed this process produced a peace and stillness within. At the same time, the stress and anxiety that so often stalks high school students, melted away. Many observed how insubstantial their issues and challenges appeared from this newfound perspective. As importantly, an upwelling calm shed experiential light on the wisdom of Ralph Waldo Emerson: “adopt the pace of nature: her secret is patience.”

While all students experienced how sketching patterns in nature can cultivate mindfulness, some found the practice too challenging or boring — and therefore a practice they would unlikely cultivate outside of class. Taking photographs of Li proved to be more effortless for some students, yet it produced the same desired results: sustained mindfulness. There is a prevailing belief in Western culture that discipline, rationality and great effort are essential ingredients to accomplishing anything. However, for early Chinese philosophers a major goal was to get beyond striving. This goal revolves around the concept of Wu Wei, which literally translates as “no trying” or “no doing,” but might be rendered more effectively into English as effortless action. It’s similar to the being in the zone or in a flow state.

Andy Goldsworthy creates art using the materials he finds in nature: stones, leafs, ice, flowers, driftwood. As a result, his pieces emphasize impermanence as they eventually collapse, wash way, melt or otherwise change. The mission of his art is to understand the processes of nature: time, growth, change, balance, flow.

After watching the documentary, Rivers and Tides, which chronicles Goldsworthy’s creative process, we discussed the correlations between Taoist concepts and his art. The next step was to create environmental art in the spirit of Goldsworthy and Taoism. The goal was for a theme such as balance or flow to emerge from the synergy of chosen materials and observation of the environment. Subsequently we all reflected on whether the artistic process instilled those qualities. Most of us said it did.

Photo by William Warby on Flickr and used here with Creative Commons license.

Overall, the students in my class said they appreciate the mindfulness practices we’ve been experimenting with. When asked if they are likely to adopt any of these practices after the class ends, they told me the key is to connect with a method that resonates with them personally. They emphasized how mindfulness practice, especially when done in nature, provides such a stark contrast to their always-on lifestyle. As the digital age continues to colonize the furthest reaches of our lives, the challenge we face was best articulated by Lao Tzu 2,500 years ago: “Do you have the patience to wait till your mud settles and the water is clear? Can you remain unmoving till the right action arises by itself?”

Aran Levasseur has taught Outdoor Education, World History, Science, designed an iPad program, and given a talk at TEDxSFED on videogames and learning. He currently teaches Global Studies and Philosophy at San Domenico School. You can follow him @fusionjones on Twitter.

19 responses to “Teaching Millennials the Power of Plugging Into Mindfulness”