Can Data Journalism Be Taught? 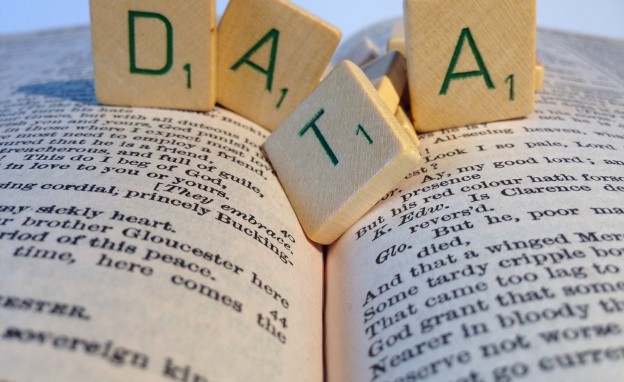 Photo by janneke staaks on Flickr and used here with Creative Commons license.

Can you really teach data journalism? It’s a dumb question that I’m soon going to find the answer for: This semester I started teaching at the Berkeley J-School (you can see my syllabus here).

"But in 2015, there can be no argument that being comfortable with data is an essential skill for journalism. It’s just a part of the landscape."

There’s no shortage of advice on teaching journalism students. If you believe what you read, young reporters need to learn to code; not to learn to code; learn history of the Internet (the flowchart below is from here), or the “technologies of the web.”

The fact that there’s so much discussion is easy to understand: It’s the traditional curse of journalism to almost take pleasure in a lack of numeracy. But in 2015, there can be no argument that being comfortable with data is an essential skill for journalism. It’s just a part of the landscape.

At the same time, being a journalist is not just a collection of random technical skills to be learned in isolation from what they will actually mean in a newsroom.

It’s not that long ago that even teaching journalism at all was considered new and novel — journalists would learn on the job.

I spent a postgraduate year at City University in London in the early 1990s — when doing a course at all was considered an optional extra. Lots of journalists trained for getting to a national newspaper by doing their time on local newspapers, training to report by covering courts, police reports and local events. When I was training, I couldn’t imagine a world where I would be telling stories with anything other than with words (preferably as many as possible). I imagined my career success would be measured in lengths longer than 5,000 words apiece. That world does not exist at all today.

What did I learn in the class of ’90?  A lot about how competitive journalists can be, some stuff about journalism law which was outdated as soon as I got my first job; how to wait patiently until I could leave and start really learning how to be a journalist out there in the real world. Unexpectedly, shorthand is something I still use every day.

It did help me get my first job, however — working for a trade magazine and running a database. Really.

The world had changed even within the year of my course. If that was true in 1990-91, how much more will the journalism have altered by the time 2016 comes around? Data journalism is changing all the time as the tools improve and develop.

So, how do you plan a course in an area that shifts so much? The course I’m teaching at Berkeley is actually one of two — the other is by the talented T. Christian Miller. We’re hoping they will complement each other and students on one may take elements of the other. My emphasis is on the stuff I’ve learned: working with designers, using free charting tools, sourcing and mapping data.

There’s also some great inspiration out there: Dan Nguyen’s course at Stanford and Derek Willis at Georgetown are both models in how to structure data journalism teaching. As a teacher and journalist, ProPublica’s Scott Klein offered great pointers too.

My course guide is here and you can see the full syllabus as a spreadsheet here. Students will learn how to use big datasets, to open up public data and learn when data stories work (and when they don’t). The course is not about learning to code or design, but about how to tell a data-driven story. I figure the tools may have changed by the time they’ve finished the course, but the principles of finding stories in data are constant.

But what am I missing? Let me know what you think.

Simon Rogers is a data journalist, writer, speaker. He is the author of Facts are Sacred, published by Faber & Faber and a new range of infographics for children books from Candlewick. Rogers is a data editor at Google in California. He is director of the Data Journalism Awards 2015 and is teaching data journalism at U Cal Berkeley Journalism school in spring 2015. He also edited and created guardian.co.uk/data, an online data resource that publishes hundreds of raw datasets and encourages its users to visualize and analyze them.

One response to “Can Data Journalism Be Taught?”