How Much Is My Browsing Worth to You? A River of Nickels 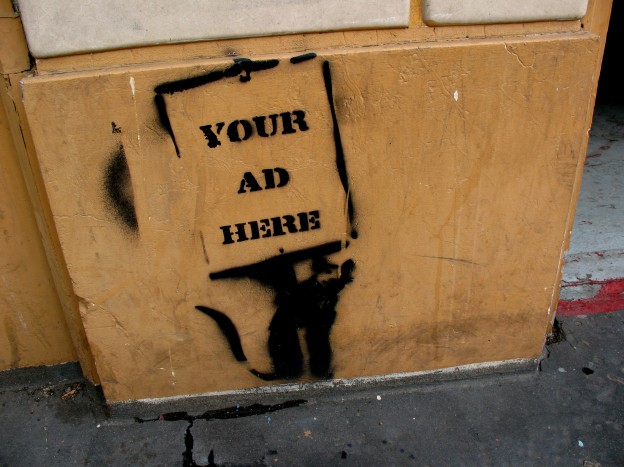 Since the Internet came along and, working its value-destroying sorcery, made most news media free, consumers have been gorging on content. The combination of “free” and mobile devices that allow you to read an article while waiting on line at Starbucks has led to more news being consumed than ever before.

Of course, there’s the flipside. That giant sucking sound you heard was $20 billion of annual newspaper ad revenue being vaporized over the past decade.

"But digital news isn’t really free. We’re paying for it with our attention and with a disturbing amount of personal data we offer up in a mysterious algorithmic cocktail to advertisers."

But digital news isn’t really free. We’re paying for it with our attention and with a disturbing amount of personal data we offer up in a mysterious algorithmic cocktail to advertisers.

So how much revenue is my random news browsing creating for publishers? Browsing, after all, is an economic act (as is liking something on Facebook).

I decided to try to find out one morning, recording my web activity and then consulting with a couple of digital advertising executives who generously helped me try to put a dollar figure (OK, maybe a bit less than a dollar) on how much value I might have generated for content publishers. Overall, news sites generate an estimated $5 billion in digital ad revenue, according to a study by the Pew Research Center. What’s my morning contribution to the total?

Clearly, my methodology has some holes in it. There are many variables that can impact digital ad rates. For example, if you haven’t cleaned the cookies off your browser in a few months (or, in my case, ever) you’re actually worth more to an advertiser than someone who has just scrubbed all the tracking software from their computer. The reason: The more data the advertisers have on you, the better they can target you. Also, the rates swing dramatically depending on whether a publisher sold the ad directly (much higher) or whether it was sold through an automated marketplace (usually much lower). While my ad execs helped me decipher some of the coded messages that reveal how a particular ad was sold, you can’t be certain. And though I reached out to all the publishers involved, no one wanted to discuss their ad rates. Even if they had, figuring out how much an advertiser might have paid on this particular day last November might have been impossible. So what follows is the best approximate guess of how much the ads I saw on this one morning might have been worth.

My day began, as it often does, with my smartphone, scrolling through various email newsletters. That led me to a GigaOm story on the future of user interface design. (Note to self: Lead more interesting life.) Mobile ads are tricky. There’s less real estate to display them on the small phone screen. In many cases, that translates to lower than average ad rates. But on GigaOm, they actually can be more expensive, according to the company’s media kit.

The ad I’m served, on several smallish display spots, is for AppDynamics, a company that provides business analytics of some sort. (After reading the company’s about page I still couldn’t figure it out.) GigaOm, according to its media kit, would price this out, if it were purely a mobile display ad, at around $45 CPM, or cost per thousand viewers. That’s a stunningly high rate for a digital ad.

But one of my ad execs thinks that the customer likely bought a combo of web and mobile, which means that the ad rate would likely pencil out at somewhere around a $30 CPM. That makes the math easy: 3 cents.

Next stop is The New York Times homepage. I know that the homepage was declared dead or dying not long ago, as so much of the traffic that once went there has migrated to social. The paper’s infamous leaked Innovation Report noted that homepage traffic had declined by around half between 2011 and 2013. But hey, I still like to see how a big news organization lays out its agenda every day.

At this point I’ve put my phone down and I’m on my laptop. Since the day I did this happened to be a Thursday, I’m looking at a suite of ads scattered about the homepage for NBC’s political drama State of Affairs, which airs that evening. It’s a little amusing to see an ad for a show that, in turn, makes its money by selling ads. A homepage takeover of this nature, my ad execs tell me, is between $150,000 and $250,000. But because this ad is usually sold as a flat fee, and not based on the amount of traffic, we have to do some back-of-the-envelope math to figure out what the implied CPM might be.

On a recent Thursday, The New York Times Co. claimed it logged around 11.5 million homepage views. Assuming that the price tag was about $200,000 for the ad, that pencils out to about 1.7 cents a visit for what is still probably the most prestigious digital ad inventory in American journalism. But treat this math with caution: The more than 11 million page views come from around the world, and it’s possible that the State of Play ad was served only to U.S. readers. If so, that would make the implied CPM higher.

From the homepage, I navigate to a story about Pope Francis (because, hey, I already follow him on Twitter). Here, it looks as though I’m being targeted. The main ad on the page, along the right-hand column, is for the museum collections at the University of California system. It’s the kind of ad that would only be relevant to the narrow demographic that I happen to inhabit: 40-something Californian who lives near a UC campus and, in my case, actually works at a university. It’s unlikely that The New York Times has that level of data about me. But Facebook surely does.

The ad space, one of my executives suspect, was probably offered by The Times to an ad network. The ad network, in turn, bought demographic information from a place like Facebook and then connected with advertisers looking for that target. Adding these layers of specificity also increases the value of the ad.

An ad network might typically get a CPM of between $4 and $6 for this ad. But adding all these layers of targeting on top of it can increase the CPM to anywhere between $8 and $15, depending on how granular it gets. Let’s split the difference and say the CPM is $11.50, which then rounds out to just over a penny.

Off target: Even with all the analysts available, this ad missed its target.

From here, it’s more journalistic navel gazing. I wind up on a story about The Times. It’s on New York-based Capital and muses about which reporters have taken a buyout during the latest round of newsroom churn. I got there by clicking on a tweet.

While the previous ad on the Pope Francis story was the result of a deep dig of my personal data, this one couldn’t be more off the mark. It’s a large display ad from AT&T pitching itself to New York public transit riders.

It’s the kind of mass-market ad that my ad execs think probably wound up on numerous sites. Estimated CPM: $5, or half a cent when viewed by just me.

Not content just with The Times homepage, I check out what Reuters has as well. And there it is, a banner across the top for Solar City. I recently installed solar power at my house (you’re welcome) and this required a number of Google searches on the topic. So it’s pretty clear what’s going on here: Google search words have targeted me as a potential solar customer.

Also, one ad exec shows me through some wizardry that this is served through the Google Display Network. What’s more, it’s likely sold only on a click-through basis, which means no click, no cash. I don’t click (I already have solar!). Revenue: zero.

So, all told, in about 20 minutes of browsing, visiting five different pages, I’ve created about 6.35 cents of revenue for three different publishers. Quite literally, it’s a river of nickels.

Correction: This story has been altered to correct the name of the NBC political drama State of Affairs.

One response to “How Much Is My Browsing Worth to You? A River of Nickels”