#JeSuisCharlie: Defending Freedom of Expression Depends on All of Us 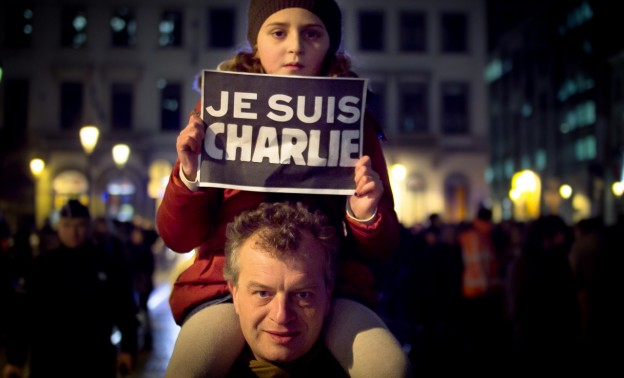 When I heard about the attack on the offices of the French satirical weekly magazine, Charlie Hebdo, with 12 people killed including four top political cartoonists, I was speechless. I have been writing about press freedom and violence against journalists for half a decade, but in the wake of these killings words failed me.

Words did not fail others, however.

Within an hour of hearing about the attack I saw the hashtag #JeSuisCharlie gaining traction online. A few hours after that, journalists in newsrooms around the globe began posting pictures of themselves holding Je Suis Charlie signs. And by that night people were in the streets from Paris to San Francisco chanting “Je Suis Charlie.”

Je Suis Charlie. I Am Charlie.

The phrase is an act of solidarity. But it also carries a special weight because today we are all Charlie in a way that’s never been so true before. Thanks to the Internet and new technology more people than ever are committing acts of journalism, bearing witness and holding the powerful to account through media of their own making.

In his statement on the killings, Robert Mahoney, deputy director of the Committee to Protect Journalists said, “Journalists must now stand together to send the message that such murderous attempts to silence us will not stand.” Peter Goodwin, president of the PEN American Center, echoed that sentiment in a statement saying that “writers and artists around the world must unite to protect freedom of expression.”

As new threats to freedom of expression emerge we need writers and artists, journalists and publishers standing together and forcefully opposing these attacks.

But that’s not enough.

Today, I am Charlie. Today you are too.

In the 2013 documentary “Killing the Messenger: The Deadly Cost of News” French journalist Florence Aubenas says, “The press is us who write it and you who read it. Defending press freedom is defending yourself.”

Nous Sommes Charlie. We Are Charlie.

It is not enough to leave it to journalists to defend freedom of expression. This is everyone’s fight.

When everyone has a printing press in their pockets we need everyone to be advocates for press freedom. We need to educate, support and mobilize a larger community of people who see themselves increasingly not as consumers but as co-creators.

Freedom of expression is not limited to professional journalists and writers. It is our common right to make media and commit acts of journalism.