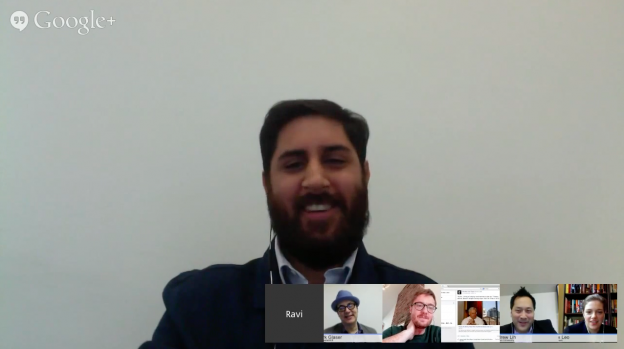 The New York Times' Ravi Somaiya calls the social media news feed, "a world of fragments, filtered by code and delivered on demand."

Last year, Facebook honcho Mark Zuckerberg said he wanted Facebook to provide the “best personalized newspaper in the world.” No one really knew what that meant, but now Facebook clearly wields enormous power over what news content is read at various publications. That’s because its News Feed uses algorithms — adjusted and designed by humans — that highlights stories that can get an avalanche of traffic. But the process for choosing winners and losers is not transparent, leaving publishers large and small trying to figure out the best way to get notice. In an interview with the NY Times’s Ravi Somaiya, a Facebook engineer, Greg Marra, who is on the team that adjusts the News Feed, said, “We try to explicitly view ourselves as not editors,” he said. “We don’t want to have editorial judgment over the content that’s in your feed.” And NY Time’s David Carr reported that Facebook has been on a “listening tour” with publishers and could offer to host their content on Facebook and split revenues. Will publishers take them up on that offer or remain wary of the social giant? On this week’s podcast, we’ll discuss this with guests Ravi Somaiya from the New York Times and John Herrman from The Awl, along with regulars regulars Alex Leo from Newsweek and Andrew Lih from American University. PBS MediaShift’s Mark Glaser will host with Fannie Cohen producing.

Ravi Somaiya is a media reporter for the New York Times. Prior to taking on that role, he was in the newspaper’s London bureau, where he covered Wikileaks and phone hacking among other stories.

John Herrman is co-editor of The Awl. He previously worked at Gizmodo, Popular Mechanics, and most recently Buzzfeed, where he wrote about the structure and culture of the internet. He lives in New York.

Just how much clout does Facebook have with content referrals? Its massive, highly addicted global audience of 1 billion+ drives 20% of traffic to news sites, according to SimpleReach, as reported by Somaiya in the Times. The social giant has caused tremors in online publishing by changing its algorithm to highlight so-called “high-quality content” in the past — dinging some click-bait-heavy sites. As less people go to the home pages of news sites, distribution is largely happening through social media, as BuzzFeed founder Jonah Peretti said recently that 75% of its traffic came from social — and that he’s not afraid of changes to its algorithm.

That’s both a good and bad thing, says Mathew Ingram at GigaOm: Now publishers can reach a much wider online audience via social sharing; but unfortunately, “the downsides of Facebook’s dominance are legion — including the vacuum that the giant social network has created when it comes to Internet advertising.” So Facebook is now offering the possibility of publishers hosting their content directly on the social network. While that might be tempting for smaller players, it could be suicide for large publishers, who might lose control, readership on their own sites, as well as revenues. According to a tweet from Dan Gillmor: Publishers are “feeding the beast that will eat them.”