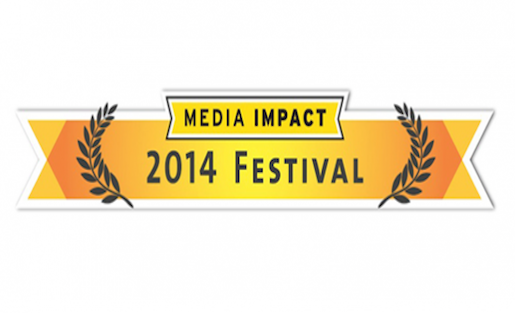 At the latest Media Impact Funders (MIF) event, “Remaking Public Media,” the short- and long-term impact of public media was never far from the discussion. Synergy between legacy and social media was a mantra.

Documentary photography is being leveraged successfully for social change, in projects funded by The Open Society Institute’s Documentary Photography Project.

"Public media is media that matters, and connects with people about what’s important for our shared lives in a democracy. Public media makers don’t need to police the boundaries."

“Photography should give people agency” in a world where it too often objectifies, alienates and stereotypes, said project director Amy Yenkin.

One good example: Everyday Africa, where both professional and amateur photographers post photos of ordinary people in their daily lives on the African continent — getting beyond the coups-terror-and-misery stuff of headline journalism. The Instagram pictures have been used by, among others, the New York Times, Newsweek and National Geographic. They’ve been woven into curricula, and the project has inspired “everyday” Instagram sites everywhere from the Bronx to Mexico and Iran. Another example is the Digital Diaspora project, which on the way to being a film has also been an opportunity for African Americans in communities across the country to get together and tell stories built out of their own family albums.

How effective can video be? Sometimes, it’s a home run: “Invisible War,” top winner of the Media Impact Funders’ annual festival, not only changed national policy but is also being used in training on military bases. But rarely do you get such decisive evidence, many agreed; sometimes you’re enriching a national conversation in ways that can be difficult to capture. But the plus of having humor on your side was evident in a clip from StandUp Planet.

What about games? Robert Torres of the Gates Foundation showed that there’s plenty of good evidence of the effectiveness of games for learning. NPR’s Matt Thompson (the brilliant guy behind Code Switch), acting as moderator, called for entertainment and education to get together. But Alan Gershenfeld, head of edugames company E-Line Media, cautioned against oversimplifying that insight. He made the point that well-designed educational games, which closely fit the curricular needs of K-12, rarely make good consumer games. Any well-designed educational game (which gets that way by a lot of iteration and good feedback) should be compelling, though.

Music can connect people to communities in which they can encounter journalism they care about, explained Mike Henry of Paragon Media Strategies. And radio is where people like to discover music, he said; more than half of teens depend on it for that purpose. The company is working with public radio stations on formats that weave musical discovery and other programming. And of course, impact multiplies with social media connections to the programming.

Storytelling journalism can change policy as well as bring public understanding. The investigative news service I-News and Rocky Mountain PBS have teamed up to not only do tough stories about Colorado — exposing scandal and corruption — but see their effect in policy changes. Kaiser Health News, distributed widely through other outlets as well as on its own site, has changed the insurance industry through investigative work. The Center for Public Integrity’s projects also have powerful, documented follow-on effects; a study of denial of medical benefits to miners with black lung restored healthcare to thousands of miners.

The MIF event also showcased the evolution of what we called “Public Media 2.0” in the 2009 white paper that launched a field-wide discussion. In a user-centric environment, legacy public media institutions are key collaborators, and they also depend on many other institutions and relationships to make and distribute media. It’s not about institutions any more, but the “ecosystem,” to use a word from MIF head Vince Stehle.

“Can Vice be public media these days?”

It was a question from the floor to the Center for Public Integrity’s (CPI) Bill Buzenberg. Vice sure doesn’t look like your father’s or even your older brother’s public media, and probably never will. The answer seems to be that public media is media that matters, and connects with people about what’s important for our shared lives in a democracy. Public media makers don’t need to police the boundaries; CPI sees its high-quality investigative journalism variously on HuffPo, Vice and Fox News. But they do need to guarantee quality, integrity and value. The trust of the general public in public media is still its key asset.

Collaboration in a user-centric environment is critical to impact. Outfits like CPI and Kaiser Health News — both examples of foundation-funded investigative journalism — depend on elaborate networks in which public broadcasters figure prominently, built by carefully cultivating relationships, to get their work done and out. Kaiser Health News, an independent journalistic service of the Kaiser Family Foundation, works closely with, among others, NPR, and not in any cookie-cutter way. The relationship between Kaiser and public broadcasters is deep and intimate, with plenty of input from both sides shaping story and delivery. The result is not only national but also local stories that help people understand their healthcare options better in a time of transition and confusion. New York Public Radio has a dazzlingly complex set of relationships in accomplishing its many projects. To generate more and more relevant regional news, it has partnered with a variety of public radio entities and independent producers.

Is “public broadcasting” becoming “public broadband,” as one speaker suggested? That’s a far stretch, since the legacy institutions have a lot of real estate, equipment and terrestrial broadcasting obligations to run and pay for, which comes with a lot of parochial territorializing. But one thing’s for sure: public media is flourishing, and it is often not initiated within the walls of those buildings.

Some initiatives are born and thrive far beyond the existing ecology of public media, and they are developing gravitas as public media in themselves. The Center for Public Integrity is functioning not only as a generator of news to a wide range of media outlets, but also as a legitimator of others’ independent investigative work. (Not that grant-funded investigative projects are resting easily about their business models; no one sees a way out of continued subsidy, which is always at risk.)  And look at, among others, Pivot, Participant Production’s new TV service; some threads in Medium; and Atlantic Media, a relentless innovator in digital journalism.