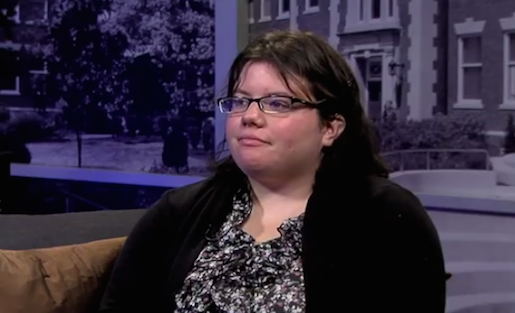 This week, we find out what Google Glass is really like as a reporting tool.

“Right now, I honestly don’t think [Google Glass] is worth it for the cost. It depends on what your news organization wants to do when it comes to reporting … for a small, tiny newspaper or magazine to spend that much money on this, I’d rather buy a DSLR [camera].” –Karen Rodriguez, Missouri School of Journalism
ADVERTISEMENT

Over the past several months, a team of capstone students at the Missouri School of Journalism attempted to cover a variety of news and feature situations with the face-mounted device to determine whether it could be an effective tool for journalists. We hear about the possibilities and limitations they discovered — and see several examples of their video footage — in this conversation with Karen Rodriguez, a member of the Missouri team.
Reporting by Reuben Stern and Travis McMillen.

After several months of using Google Glass for reporting, the team identified several advantages and drawbacks of the technology:

Stories and footage recorded by the Missouri team are collected in a YouTube channel.

And, of course, there are plenty of examples online recorded by others that include first-person footage of roller coaster rides, skydiving, running through New York City, playing paintball, piloting a helicopter, jumping on a trampoline, playing table tennis, and racing a Go Kart.